7 Buys that Will Show You're Stinking Rich

1 A Holiday
For the billionaire with nothing left to buy on earth, here’s an option.

Follow in the footsteps of Dennis Tito, the American multimillionaire. He was the first to pay his way to space, becoming the first ‘space tourist.’ Space Adventures (spaceadventures.com), the company that put him into orbit, offers a number of ‘spaceflight experiences,’ from a Zero G flight (just Rs. 24,000 per head; Rs.77 lakh charters you a whole plane with 35 passengers, just in case you’re throwing a party and plan to invite us), through sub-orbital trips and stays on the International Space Station, to the absolute top-of-the line Rs. 444 crore ticket on the first private expedition to the moon. 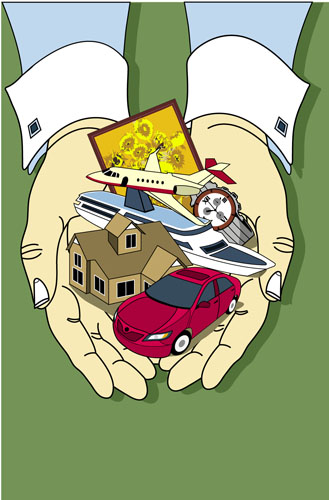 Image: Malay Karmarkar
You won’t be landing in the lunar surface, merely orbiting the moon, but you’ll get to see something very, very few have had the chance to  see: The earthrise over the moon. If you’d rather not go with the Russians (all Space Adventure’s tourists are passengers aboard Soyuz rockets), capitalism’s Mr. Flamboyant has an offer for you. Richard Branson’s Virgin Galactic will soon be selling tickets aboard Spaceship 2, for Rs. 93 lakh a seat.
For more info
2 A car
The Bugatti Veyron (which we appraised in our issue dated June 5), is the fastest car in the world. Powered by a monster 8-litre, 16-cylinder engine, it has a top speed of around 407 kmph, faster than a Formula One car, and acceleration that would leave behind a jet taking off (100 kmph in 2.5 seconds, 200 kmph in 7.3 seconds; 300 kmph in 16.7 seconds).
It will set you back Rs. 8.1 crore. Of course, for the price, it does give you a lot, like the fact that it is hand-assembled, has great interiors, a Rs. 27 lakh stereo system, and tyres that cost Rs. 27 lakh a set.
You’d buy this beauty only if you had enough road to really put pedal to metal. Barring the Mumbai Pune Expressway, parts of the still-being-built Golden Quadrilateral, and, we hear, a few roads in Rajasthan, there aren’t enough smooth straight stretches in this country.
3 Lingerie
There’s one fashion show each year men actually look forward to. The Victoria’s Secret show. Every year, VS debuts a “Fantasy Bra” just in time for the holidays, and one angel gets the honour of wearing it during the televised runway show. This year’s Fantasy Harlequin Bra, designed exclusively for Victoria’s Secret by Damiani, the third generation celebrity Italian jewellery house. Hand set with over 2,350 brilliant-cut white champagne- and cognac-coloured diamonds, accentuated with a rare 16 carat heart-shaped champagne diamond pendant, it can be worn five different ways: Strapless, halter, crossback, one strap or classic.  Total carat weight? 150 carat. Price? Just Rs. 14 crore.
VS claims people have actually purchased one of these. Can you imagine waking up to this thing under your tree on Christmas morning?! Tell me ladies, what’s the most you’ve ever spent on a bra?
4 Get some sea air
Back in the eighties, there was a song which, at some point, asked plaintively, “Why do they build swimming pools fifty feet from the ocean?” Well, how about taking your swimming pool right into the ocean with you? Buy yourself a super luxury yacht. Here are some benchmarks. Roman Abramovich, Russian oligarch, has two pools on the Rs. 5,328 crore yacht being built for him, one of which can be drained and turned into a dance floor, and an aquarium. To keep the paparazzi at bay, it includes a security system, laser bursts that will mess up their photos, and a missile detection system. If you’re a tad more conservative, you could knock Rs. 888 crore out of the bank and still get a pool, a chopper and a movie theatre. You could base out of Phuket, Dubai or some parts of Europe — tax reasons, naturally, plus they have some cool resort facilities, just in case life on the bounding Main palls.

5 Second-hand books
We’re not talking about the dog-eared volumes from someone’s attic. We’re looking at books that are, shall we say, a bit older. Like a first edition of Shakespeare’s collected works from the 1600s. That would probably set you back upwards of Rs. 28 crore. The Holy Grail for top-end collectors would have to be Gutenberg Bibles.

The first printed book (1456), it had a print run of a few hundred copies, and if you found one for sale, you would probably pay in the range of Rs. 163 crore for a two-volume set. If you want to start smaller, a single page from one of those bibles would cost around Rs. 11.6 lakh. Pre-print treasures could cost a lot more.
If you could get Bill Gates to part with the Codex Leicester, a set of Leonardo da Vinci manuscripts, that he paid Rs. 139 crore for when he bought it from Armand Hammer, the rate today would be north of Rs. 444 crore. 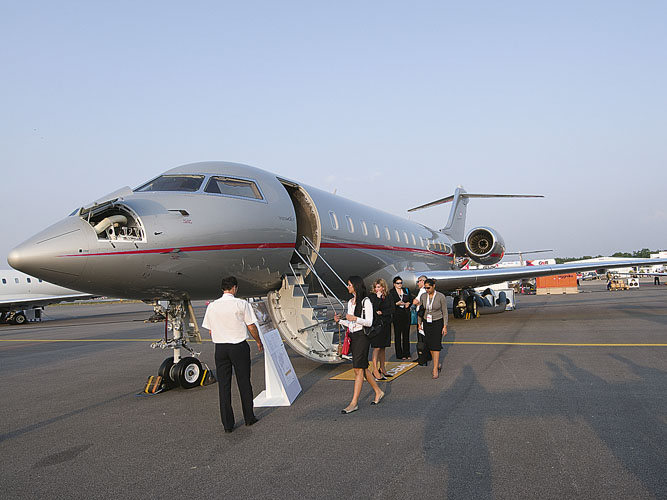 Image: Dinesh Krishnan
6 Wallpaper
Jackson Pollock, the American painter who was one of the leading lights of the Abstract Expressionist movement, was famous for basically slinging paint at various surfaces. He preferred his canvas (or whatever he was using as a surface) flat on the ground, where he could approach to from all directions.
Depending on who you want to believe, he was either a great innovator and artist or someone who basically BSed the art world very successfully. A critic called his work “decorative wallpaper”. His “No. 5, 1948”, an 8’ x 4’ work on fibreboard, is probably his best known, and certainly the most expensive: It sold for a record Rs. 630 crore a few years ago.
It has also been immortalised in song, by the way. ‘Going Down,’ by The Stone Roses has the lines ‘Yeah, she look like a painting/Jackson Pollock’s Number 5.’ Anyway, the rumour is it’s on the market again, and the prices is Rs. 666 crore. So if you need to brighten up your penthouse, you know what you need to buy.
7 Support a team
Football’s pretty much the most democratic sport on the planet, and certainly the most popular. Everyone plays it, from street urchins to some of the best-paid sportsmen in the world. Buying a top club team is a bit more expensive than picking up an IPL team, and, from what one sees, quite a bit more lucrative as an investment. So why not start at the top? Manchester United, reportedly the richest sports club in the world, may be on the block.
Rumours are that Malcolm Glazer, the American owner, may be getting feelers from a group of buyers in the Far East, so you’ll need to move fast. The team is currently valued at around Rs. 7,960 crore, so reach into the back of the vault for the rainy day fund.

Click here to see Forbes India's comprehensive coverage on the Covid-19 situation and its impact on life, business and the economy‚Äč