For generations, public schools assimilated immigrant children into French society by instilling the nation's ideals. The beheading of a teacher has raised doubts about whether that model still works

By Norimitsu Onishi and Constant Méheut 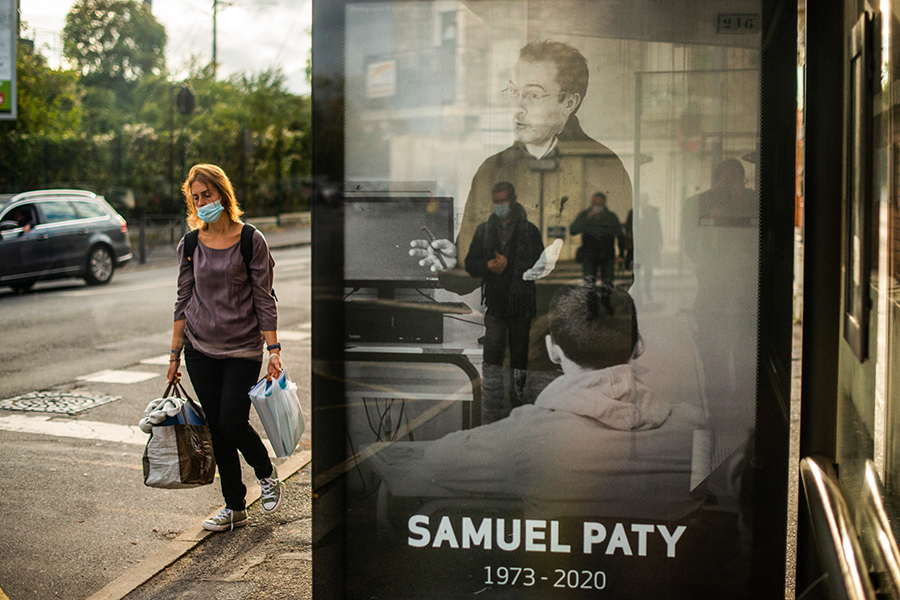 A photo at a bus stop in memory Samuel Paty, who was beheaded after showing cartoons of the Prophet Muhammad in a class on free speech, in Conflans-Sainte-Honorine, France, Oct. 22, 2020. For generations, public schools assimilated immigrant children into French society by instilling the nation’s ideals. The beheading of Paty has raised doubts about whether that model still works. (Dmitry Kostyukov/The New York Times)

Tweets by @forbes_india
Podcast: Inside SpiceJet's turnaround plan in turbulent times
How Kurkure kept its crunch for 20 years