Pakistan might gain a strategic edge in South Asia as quid pro quo for its covert role in the killing of Osama Bin Laden. India must move quickly to nullify it, strategic affairs expert Sundeep Waslekar tells Forbes India 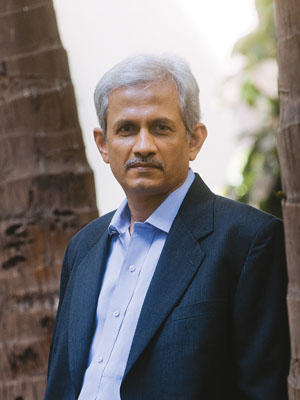 America got bin Laden and it is vacating Afghanistan slowly. Does it need Pakistan at all now?
Pakistan has been a close ally of the US since the 1950s and at that time there was no al-Qaeda and no Osama bin Laden. In fact, Osama bin Laden was a product of the US-Pakistan relationship and not the other way around. The death of bin Laden may have a certain impact on the US-Pakistan relationship but it doesn’t take away the fundamentals that have built this relationship since the 1950s.

Bin Laden was found in a house which is a kilometre from the [Kakul] Pakistan military academy. This has been described by various experts as the equivalent of Sandhurst and West Point which are the leading military academies in the UK and US. It was a house which was very noticeable. It was a house with high walls, barbed wires and no Internet or telephone connection. So a large haveli which is being covered in this way and which has got security guards would be very conspicuous.

The circumstantial evidence shows that the Pakistan government, particularly the Pakistani military, was aware of the precise whereabouts of Osama bin Laden. Whether they have arranged his stay there is something we don’t know. And it is quite possible that if they have been aware, they have played some role in his protection. And the decision to kill Osama bin Laden was a political decision taken by Pakistan after being aware of his existence for several years. It’s also likely that the safe house was provided to him so close to the military academy precisely for protection, so that no one would come and attack him there.

What price will Pakistan extract from the US for this decision?
That is something we don’t know. Pakistan has two main strategic concerns: India and Afghanistan. And obviously, any Pakistani ruler who tries to extract a price will do it with regards to India and Afghanistan. With regards to Afghanistan, it’s a lot clearer. This incident provides a justification for the US to reduce its military presence and also advise NATO to do the same. Once their presence is reduced, it would be very easy for Pakistani military to deploy its stooges, whether they are the Taliban or any other forces, in Kabul. Basically, Pakistan would get a much greater say in the Afghan power structure. The US may not withdraw from Afghanistan completely because it has a lot of strategic value but it will withdraw substantially. But once the US leaves, Pakistan will get a certain degree of control in Kabul and that gives it a strategic edge against India. And that could be a deal that doesn’t have to hurt India directly. [But it will hurt us indirectly].

Pakistan’s second security concern is India. The US could pressure India for talks on something like Kashmir. We don’t know for sure. 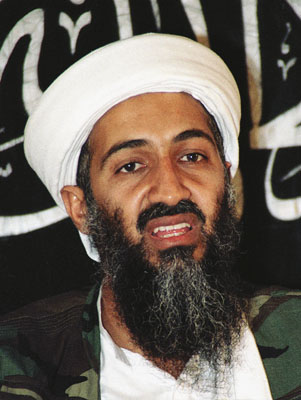 In al-Qaeda’s case, it is even easier. In 2001, its strength was around 1,000 which had come down to 100 in any case. It has been emasculated. But that is not saying much. I believe what the Pakistani military has done is that they have reduced the strategic value of al-Qaeda and they have in proportion increased the strategic value of Lashkar-e-Tayyaba. And Lashkar has emerged as the new al-Qaeda.

So al-Qaeda being eliminated doesn’t really affect anybody except in its symbolic value. Much of al-Qaeda’s role in the last two years has been taken over by an organisation called Pakistan Taliban. What you have is organisations that have succeeded al-Qaeda rather than a succession in al-Qaeda.

Is the sense of safety that people are feeling now misplaced?
The ability to inflict a large attack like one comparable to 9/11 is perhaps not there. But the ability to inflict small attacks would be there with many organisations. Terrorism that affects common people will continue but something that affects the honour of large states in the West, for the time being, would not be there. Until Lashkar-e-Tayyaba makes up its mind if it wants to confine itself to the Indian sub-continent. That is the big question: Whether Lashkar-e-Tayyaba will confine itself to South Asia or go beyond it?

What should India’s next step be?
India needs to find out the terms on which this deal was reached. What is the quid pro quo being offered? Secondly, the fact that Pakistan nurtured this guy and slowly reduced his strategic value and increased the strategic value of other outfits shows that Pakistan’s rulers are extremely shrewd and experts in the game of handling terror. You have to decide until what extent they can be your partners in peace. You cannot avoid dialogue completely.

Third, India has extensive investments in Afghanistan. Political, infrastructure, business investments... India should really move fast to consolidate its relationship with Afghanistan before Pakistan moves in. Maybe it can organise an international community around moderate forces in Afghanistan under the present leadership of Hamid Karzai to make sure that he is not replaced by some Pakistan-sponsored extremist organisation.

It’s important to have some sort of a diplomatic strategy which should begin now to protect moderate forces in Afghanistan and to garner international support around it. And that approach, even the Americans won’t be able to ignore completely despite the promises they might have made to Pakistan. You don’t depend on the US completely. I think this is where India should really reach out to Europe.

For the medium term, we should consolidate our relationship with Central Asian republics. Therefore, Pakistan’s influence cannot extend beyond the Western side. We have a military base in Tajikistan. One of the most important strategic moves that India can make is to bolster its military base in Tajikistan and make a public statement about it. That will give a signal that we are there to protect Afghanistan and that no one should take Afghanistan for granted.

Tweets by @forbes_india
As the Drama Unfolds...
Served with Love: Printo's Founders Talk About Customer Service