The home rental company raised new funding as its business has been roiled by the coronavirus; Airbnb's new funding points to some of the tactical measures startups are taking as they navigate the difficult period 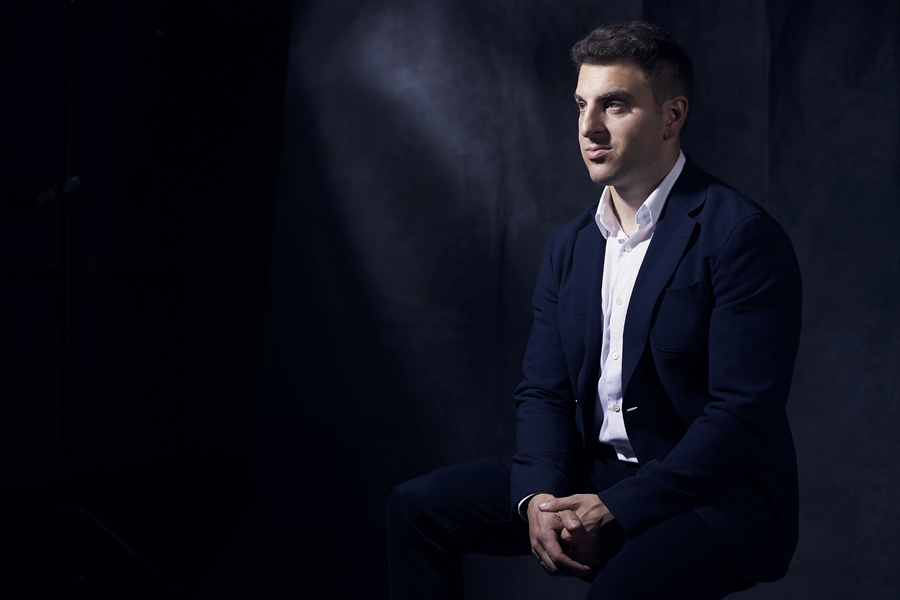 Brian Chesky, chief executive of Airbnb, the home-rental startup, in New York, Nov. 6, 2019. Airbnb said on Monday, April 6, 2020, that it had raised $1 billion in new funding as the Silicon Valley company grapples with a shutdown in global travel caused by the spread of the coronavirus. (Mike Cohen/The New York Times)

Airbnb said Monday that it had raised $1 billion in new funding as it grapples with devastation from the coronavirus pandemic and as some technology startups take extra measures to stockpile cash during the outbreak.

Private equity giant Silver Lake and investment firm Sixth Street Partners led the investment, which was a mixture of equity and debt. Airbnb, a home rental startup that was previously valued at as much as $31 billion, also lowered its internal valuation to $26 billion last month, according to a person with knowledge of the situation who declined to be identified because the information was confidential.

“The new resources will support Airbnb’s ongoing work to invest over the long term in its community of hosts who share their homes and experiences,” the company said in a statement.

Airbnb’s business has been hobbled during a shutdown in global travel caused by the spread of the coronavirus. It is a delicate time for the company, one of the largest and most prominent startups to emerge from Silicon Valley in the last decade. Airbnb had said that it plans to go public this year. But that may be in limbo because of stock market volatility and uncertainty caused by the virus.

Airbnb’s new funding points to some of the tactical measures startups are taking as they navigate the difficult period. In the last month, numerous startups have laid off or furloughed staff, and cut spending and expansion plans in moves that signal the end of a long-running boom for the industry. Well-funded travel startups, including Sonder, Lyric and TripActions, have been hit especially hard.

Airbnb, too, enacted a hiring freeze, slashed its $800 million marketing budget and cut the pay of its top executives last month. The company raised more money even though it has $3 billion in cash on its balance sheet and access to a $1 billion line of credit.

A company spokesman declined to comment on what the new funding meant for an IPO. Airbnb is under pressure to go public before some of its early employees’ shares begin to expire later this year.

The difficulties Airbnb is facing have become increasingly apparent over the past few weeks. The company has contended with frustrated customers who demanded refunds for canceled trips, while also trying to find ways to support its “hosts,” the people who rent their homes on its site.

Many of its hosts have had their bookings drop to zero over the past few months. The financial struggles of short-term-rental operators have manifested themselves in online petitions and threats of lawsuits against the company.

On March 30, Brian Chesky, Airbnb’s chief executive, held a video call with the company’s hosts and said the past few weeks had been a “wake-up call.” He announced a $250 million fund to compensate hosts for a portion of their booking cancellations, as well as a $10 million pool of grant money for its “Superhosts,” paid for by Airbnb’s founders and employees.

“I’m sorry we didn’t consult you as partners,” Chesky said on the call.

In its funding announcement, Airbnb said it would now focus on travel that’s closer to home and long-term stays, including students and people on extended work assignments.

“The desire to connect and travel is an enduring human truth that’s only been reinforced during our time apart,” Chesky said in a statement Monday. He added that, practically speaking, the way we connect and travel “will evolve as the world changes.”

Private equity firms like Silver Lake are sitting on large reserves of cash. Many of the firms said they saw investment opportunity as American businesses struggle.

In a statement, Egon Durban, co-chief executive of Silver Lake, said Airbnb was well-positioned to thrive when the world recovers from the virus.

“While the current environment is clearly a difficult one for the hospitality industry, the desire to travel and have authentic experiences is fundamental and enduring,” he said.

Tweets by @forbesindia
Coronavirus: Your guide to winners and losers in the business world
DIY: Use an old Tshirt or a bandana to make your own mask