Apple's record buybacks should be welcome news to shareholders, as the stock price is likely to climb, but they could also expose the company to more criticism that the tax cuts it received have mostly benefited investors and executives 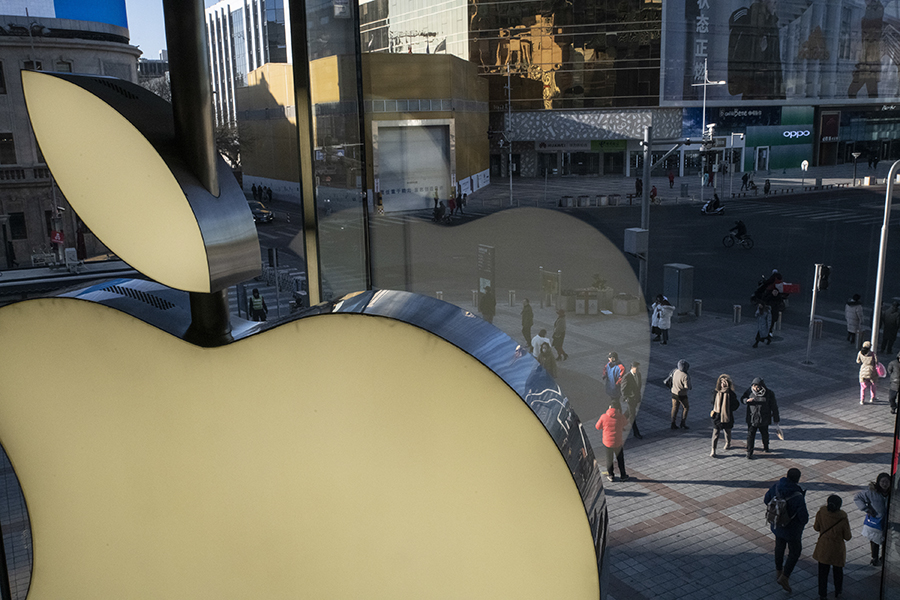 SAN FRANCISCO — Shortly after Apple used a new tax law last year to bring back most of the $252 billion it had held abroad, the company said it would buy back $100 billion of its stock.
On Tuesday, Apple announced its plans for another major chunk of the money: It will buy back a further $75 billion in stock. “Our first priority is always looking after the business and making sure we continue to grow and invest,” Luca Maestri, Apple’s finance chief, said in an interview. “If there is excess cash, then obviously we want to return it to investors.” Apple’s record buybacks should be welcome news to shareholders, as the stock price is likely to climb. But the buybacks could also expose the company to more criticism that the tax cuts it received have mostly benefited investors and executives. Separately on Tuesday, Apple said slumping iPhone sales shrank its profit 16.4 percent, to $11.56 billion, in the latest quarter compared with a year ago. In the period, the company’s second fiscal quarter, iPhone sales fell 17.3 percent from the same period a year ago, to $31 billion, in part because of a larger drop in revenue in the China region. The company’s services revenue, which includes app sales, grew 16.2 percent to $11.45 billion. Overall results exceeded Wall Street’s expectations and Apple’s share price rose about 5 percent in after-hours trading. Investors had anticipated a slowdown in iPhone sales but some signs suggested business was rebounding. Timothy D. Cook, Apple’s chief executive, said on a call with analysts that business in China increased toward the end of the quarter. He attributed the improvement partly to price cuts, the Chinese government’s economic stimulus, and loosening trade tensions with the United States. Apple said it expected revenue for the current quarter would be $52.5 billion to $54.5 billion, exceeding analysts’ forecasts. The company also announced a 5 percent increase to its dividend. While stock buybacks have plenty of critics, many economists say the money is better off flowing into investors’ pockets and into the economy instead of sitting in Apple’s coffers. “The money isn’t disappearing,” said Alan Auerbach, an economics and law professor at the University of California, Berkeley. “Apple is basically saying: We have all this money and we prefer not to invest it right now, so we’ll give it to our shareholders.” Still, Apple’s decision to return so much cash to investors is likely to provide more grist for liberal politicians who argue that giant stock buybacks are manipulations of the stock market. Sens. Chuck Schumer, the Democratic Senate leader, and Bernie Sanders, I-Vt., a presidential candidate, recently proposed restricting such buybacks, saying they increase inequality by putting billions of dollars in the pockets of wealthy shareholders instead of into new plants and higher wages. “It’s total insanity,” said Ralph Nader, the consumer advocate and former presidential candidate. “The main incentive, which they will not admit to, is it improves the metrics for executive compensation that consultants develop for them.” Nader and other corporate critics say Apple could spend a small fraction of the $75 billion it plans to give to investors on a way to effectively recycle the world’s computer waste, cut the prices of iPhones that have swelled past $1,000, or increase the pay of its contract workers in China. Apple has said the starting pay for workers at the world’s biggest iPhone factory, in Zhengzhou, China, is about $3.15 an hour. But some economists say that thinking is simplistic: Corporations aren’t the government and shouldn’t be expected to invest large sums in ventures that won’t contribute to profits. “Firms should reinvest internally when it’s their best use of capital, and they should pay it out to investors when it’s not,” said Laurie Hodrick, a visiting finance professor at Stanford University who studies how corporations use their cash. Maestri, Apple’s finance chief, said Apple invested an appropriate amount in its business before deciding how much to return to shareholders. During the past two quarters, Apple’s spending on research and development increased 15.7 percent to $7.85 billion. “Certainly making investments that are not productive are not good for anybody,” he said. When it repatriated its cash under the new tax law, Apple paid $43 billion less than it would have under previous rates, bigger savings than any other American company, according to the Institute on Taxation and Economic Policy, a research group in Washington. Apple has also saved billions of dollars under the lower corporate tax rate. Apple says it is spending billions in the United States, hiring new workers, building data centers, expanding offices in Texas and investing in some outside manufacturers. For many big companies like Apple, stock buybacks also support higher compensation for employees, since so many of them are paid in part with company stock, said Ed Yardeni, president of the stock market research firm Yardeni Research. Companies in the S&P 500 bought back a record $806 billion in stock last year, up from $519 billion in 2017, according to data from Howard Silverblatt, senior index analyst for S&P Dow Jones Indices. Apple has returned the largest amounts to shareholders in history, Silverblatt said. From 2014 through 2018, Apple bought back $229 billion in stock, or more than the value of Home Depot, the 18th most valuable company in the S&P 500 index. During that period, Microsoft was second in stock buybacks, with $66 billion, according to Silverblatt. Apple accounted for seven of the eight largest quarterly stock buybacks in history, including the latest quarter, Silverblatt said.