Britain grapples with its racist past, from town square to board rooms

Two prominent firms, Lloyd's of London and Greene King, have acknowledged their ties to the slave trade and pledged to make amends 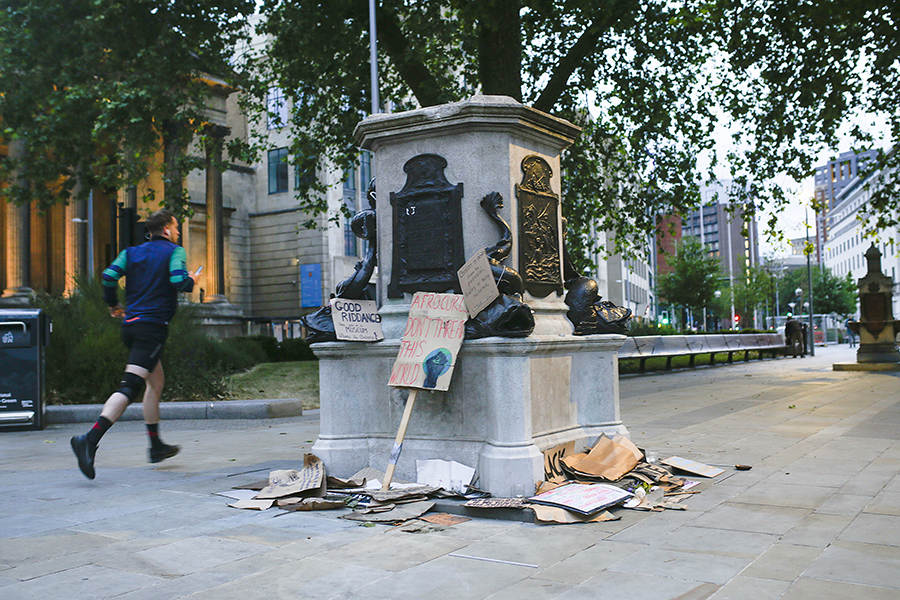 The plinth on which the statue of Edward Colston previously stood in Bristol, England, surrounded by messages of support for the Black Lives Matter movement, on June 11, 2020. Britain’s uneasy confrontation with its racist history moved from statues in town squares to corporate boardrooms this week, as two prominent British firms announced they would make amends for their involvement in the slave trade in the 18th and 19th centuries.
Image: James Beck/The New York Times

Tweets by @forbes_india
Space balloon rides: Will they work this time?
Akshay Kumar again the only Indian on the Forbes Celebrity 100 list for 2020