Can Space Elevators Be a Reality in 2100? Michio Kaku Answers 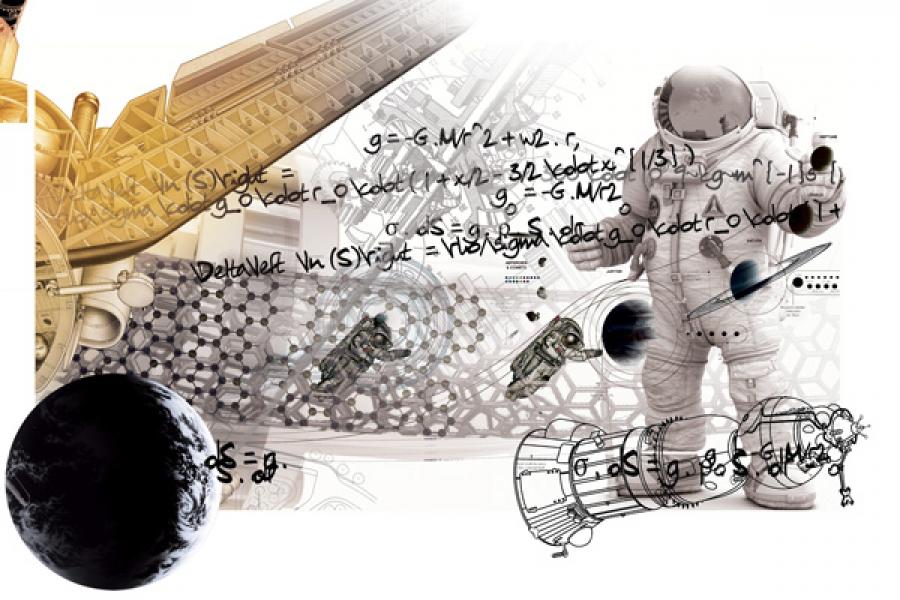 Think of a day in the year 2100. The walls of your room light up like screens and your chosen software program, a familiar face named, say, Molly, wakes you up in the morning and lays out the day’s plan. As you enter the bathroom, DNA and protein sensors in the mirror, toilet, and sink swing into action, looking for any unhealthy signs. Then, you wrap some wires around your head and telepathically control the temperature in the house, a robotic cook in the kitchen, a magnetic car in the garage, instructions to your assistant. You put on your contact lenses (or glasses, if you wish), blink, and connect to the Internet. You scan the news, emails, or plunge into workspace meetings.

If it sounds futuristic, then that’s what it is — a peek into the next century by theoretical physicist Michio Kaku. In his new book Physics of the Future, Kaku talks about technologies that will change humanity. Despite Hollywood movies and doomsday sayers, Kaku portrays an optimistic picture. The underlying message is: Machines will come; we will have to embrace them, not resist their supremacy. Artificial intelligence will get smarter, but we will co-exist with it by ‘enhancing’ or upgrading ourselves and by making it human-friendly.

As a scientist who regularly presents TV shows and hosts a radio programme, Kaku, a professor at the City University of New York, says he gets a ringside view of what scientists are inventing. A lot of what he predicts about the near (present to 2030) and mid-century (2030 to 2070) future is similar to what other futurists, including Ray Kurzweil, have said — augmented reality (where information is fed directly to our retina), or robots (robolawyers or robosurgeons), or molecular medicines (nano rods that move in the bloodstream using magnetism). It is while talking about the far future — 2070 to 2100 — that he takes us on a provocative and freewheeling adventure. 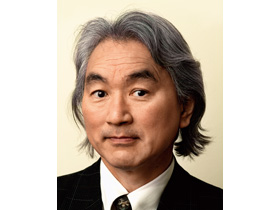 The most fascinating, as also the most unbelievable prediction is Kaku’s idea of a space elevator where humans will travel along a carbon nano-tube fibre thousands of miles long. “This could turn the economics of space travel upside down,” he says. It was a concept that science fiction writer Arthur C. Clarke had popularised in 1979 and Rice University researchers provided initial credence to when they made a breakthrough composite fibre in 2009. Now, they are ‘one miracle’ away from elevator-quality carbon fibres.

Although Kaku is a supporter of space travel and appreciates the work of companies such as Virgin Galactic, he believes that even after 100 years, most humans will be living on Earth.

But what about predictions and technology punditry that go off the mark?

Kurzweil, who has a place in the US National Inventors Hall of Fame, said at a TED conference in 2005 that “by 2010, computers will disappear; they will be so small they will be embedded in our clothing, in our environment.” They aren’t, even in 2011.

Kaku defends his work from other futurists. “I claim that this book is the most authentic look into the future because I have visited the top [300] scientists who are creating the future,” he told Forbes India. To his credit, a lot of his predictions about nanotechnology and computing, in an interview with this writer in 1998 after the release of his book Visions, have come true. He had held back his verdict on HIV. “A cure may not be on the cards,” he had said. And he was right.

Along with Kaku’s predictions, come his cautions. By mid-century, he says, the biggest social impact of technological advancements would be on the job market. Jobs that require skills that robots lack — pattern recognition and common sense — will survive. Factory workers will see their jobs disappearing, as will low-level brokers, agents, tellers and accountants. Garbage collectors, police officers, gardeners and plumbers have their jobs secure.

There will be winners and losers among nations too: Those relying on ‘commodity capitalism’ will see their economies shrink; those embracing ‘intellectual capitalism’, science and technology will thrive.

Historically speaking, wealth has come from seminal scientific inventions and discovery, such as the steam engine in the 1800s, electricity in the early 1900s, computers and high technology in the 2000s, he says. “But politicians forget this. In hard times, they spend endless hours debating how to slice up the pie. I say, let us create a bigger pie.”

For countries such as India, he believes, the challenge is to keep the scientific edge. “The East has to learn how to cultivate original thinkers, rather than just mimic the West. This means an overhaul of the education system, which now rewards class background and conformity.”