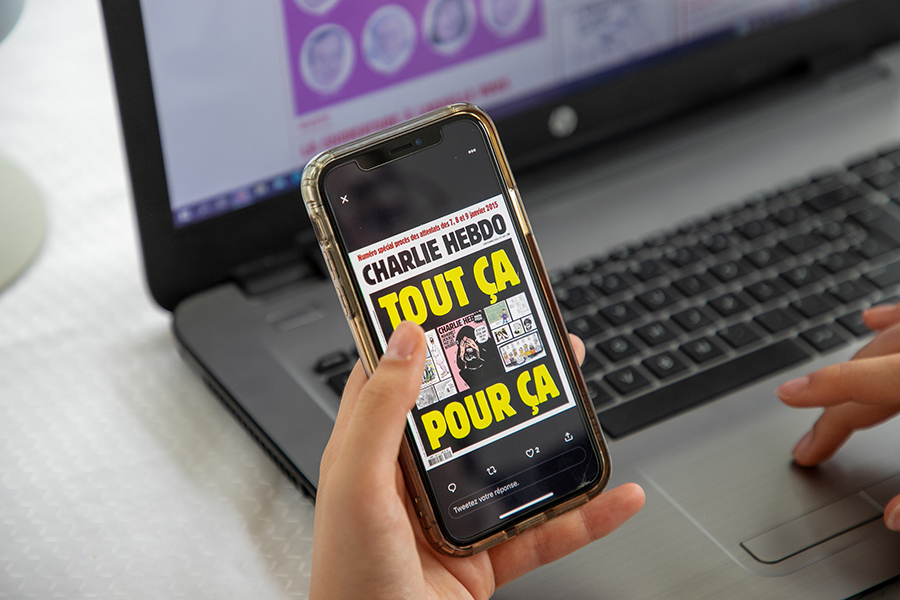 A member of the photographer’s family watches the official twitter account of the french satirical newspaper 'Charlie Hebdo' as it reprints controversial Muhammad caricatures on September 01, 2020 in Paris, France. On September 02, 2020, a Paris court will open the trial of 13 men and a woman accused of providing the assailants with material and logistical support in the run-up to the attack of Charlie Hebdo's former offices on January 07, 2015
Image: Marc Piasecki/Getty Images