Connecting people: Will internet reach the remotest village by 2020?

Will even the remotest village have demand for, and access to, internet connections by 2020? 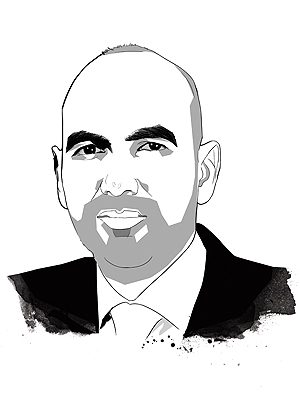 Image: Sameer Pawar
The author was based in India between 2011 and end-2014 as PwC’s telecom, media and technology sector leader. He is currently on a sabbatical and writes in a personal capacity

In India, as recently as the 1990s, the availability of voice telephony was seen as a distant and unachievable utopia. Barely 20 years later, no longer is it a dream for Indians to make phone calls at will, but a virtual birthright. With over 900 million connections, and an interconnected set of networks that cover almost every village, just about all Indians have the possibility to access voice services, and most are regular users. Such is the pace of technological advancement, that the utopia that was only recently deemed unattainable is now achieved. A similar statement can be made about TV, where over 50 percent of Indian households now own one.

But the same cannot be said about people utilising the internet. As the graph on the next page shows, when it comes to internet use, India clubs itself more as a South Asian laggard than an emerging market IT bloomer. The actual number of users is still only 15 percent of the population. So, while widespread internet usage remains an Indian utopia today, could it be achieved by 2020?

In India, as in many countries, internet usage lags voice telephony penetration by years, if not decades. Today, telecommunication is so advanced that most Indians are already covered by a network that can provide a decent (albeit not ubiquitously high-speed) internet connection, so it is not just an access problem that is at the heart of India’s performance.  Internet usage is a function of consumer demand, and access a function of supply: India needs both to attain internet utopia.

What is it going to take to fix this and have widespread usage by 2020? In a nutshell, three developments:

1. High-speed mobile networks
In India, where PC and laptop penetration are as low as 10 percent, internet access will be reliant on a single technology: Mobile. Even if India’s super-ambitious national fibre rollout plans materialise, the vast majority of individuals will access the internet through mobile since the fibre links that go to gram panchayats will connect via wireless to local users. So, whatever it takes, achieving India’s internet dream depends on the mobile industry more than anything else.

The network investment required is substantial, and to give confidence to the industry to invest, we need a stable and predictable market environment. In essence, this means India must move towards a more manageable number of telecom operators, a helpful local legal and administrative framework that enables network build to take place easily, intelligent partnering between the public broadband authorities and the private sector, and utilisation of universal service funds that exist to support communications development in remote areas. There also needs to be a significant improvement in the quality of the internet experience. This requires not only more operator investment, but also a more realistic allocation of spectrum in cities.

The potential is high: According to a recent study by Ericsson, India can expect around 500 million internet users by 2020, with around 400 million connected through 3G. 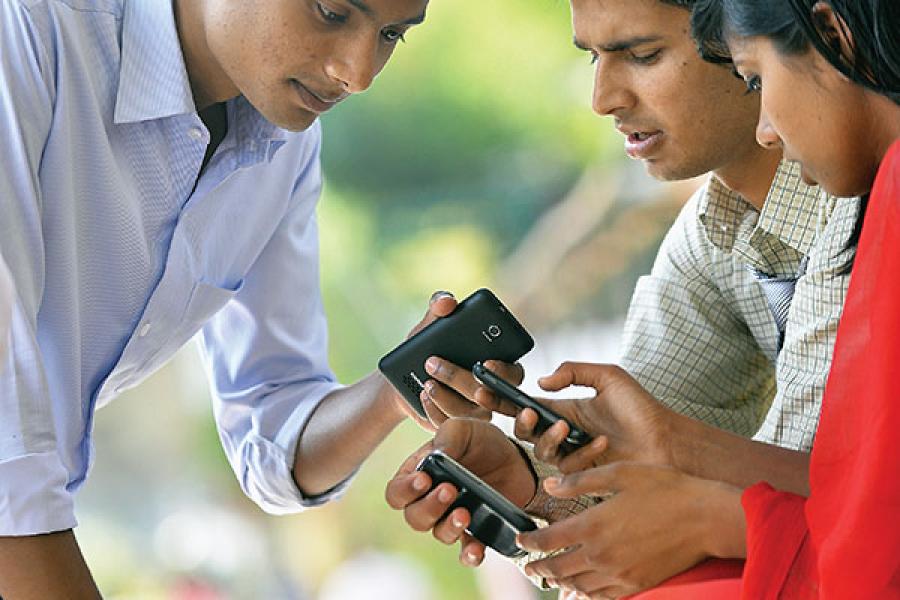 Image: Getty Images
In India, where PC and laptop penetration are as low as 10 percent, internet access will be reliant solely on mobile technology
2. Awareness of the internet and its value
Existence of the internet is well known in India, but the value it can bring to people’s lives remains relatively unexplored. For those who do not have internet access even as a possibility, awareness is not likely to come until they have a network capable of delivering a reasonable internet experience, and a handset. For them, the arrival of high-speed networks is the critical first step.

Among others, it is more about demonstrating value. There are some who are users of value-added mobile services—and their perceived value of the internet may be limited to entertainment and information, such as caller tunes, song downloads and weather. We need more of services that are relevant to daily lives, such as local news, events information and public services access. Once these begin to scale, we will see the rapid uptake of all sorts of services, ranging from health care to education, which people will be willing to pay for. Payments themselves will happen more over the internet, too. There is a long way to go, but we see the beginnings already. 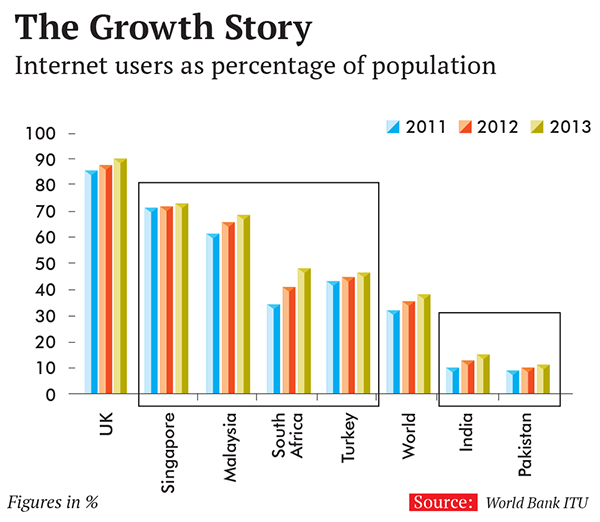 3. Affordability
Data in India is pretty cheap compared to most countries, but to take off among the masses, handset prices need to fall further. Mobile data pricing is also well understood, and consumer behaviour quickly attunes to opportunities to save money by switching networks or moving to WiFi.

With smartphone price points dropping and a high level of aspiration among most Indian phone users to have a better phone, we may expect to have over 500 million smartphones by 2020. India’s smartphone market is clocking around 80 million shipments. In the years to come, the segment will take over from the dominance of basic phones.

There are several reasons why this otherwise achievable utopia might not become a reality:
• An unstable rupee that limits the growth of smartphones and limits FDI into networks
• Lack of mobile innovation such that Indians do not see new services that give value
• Telcos concentrate network build in towns and cities in absence of an inclusive remote areas infrastructure policy
To keep these issues in check, the government must encourage an industrial policy that drives better performance in innovation, a telecom policy that encourages mergers and facilitates putting to use the significant universal service funds collected through taxes to connect rural areas, as well as a wise macro policy.

Ultimately, how prevalent is the use of the internet in 2020 by Indians will be a function of demand, backed up by a willingness to pay. The demand will be there, provided the market can offer the majority of Indians something special that they are ready to pay for. Just like the way the same market offered mass voice 10 years ago.

Tweets by @forbesindia
Labour law reforms: Little to do with firing employees
A startup of ex-Googlers is reinventing the telephone