Don't ban TikTok. Make an example of it.

There are legitimate concerns about a Chinese-owned company capturing the attention and data of millions. But instead of banning it or forcing ByteDance to sell it to Americans, why not make an example of it by turning it into the most transparent, privacy-protecting, ethically governed tech platform in existence? 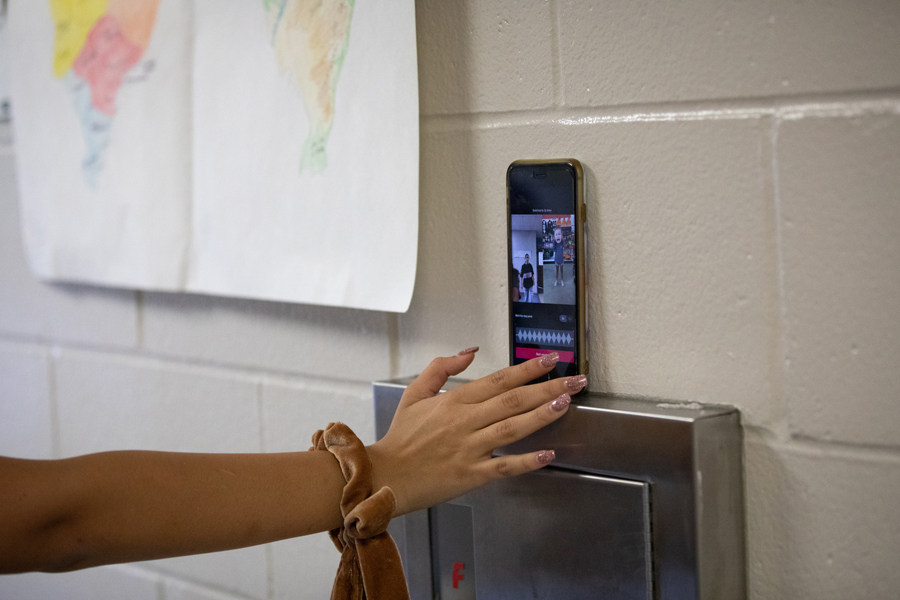 A student sets up her phone to record a TikTok video during TikTok club at West Orange High School in Winter Garden, Fla., Oct. 14, 2019. There is plenty the U.S. government could do to ensure that TikTok acts responsibly without getting rid of it altogether, Kevin Roose writes. (Charlotte Kesl/The New York Times)


For a while, it seemed that TikTok might dodge the techlash. After all, what could be problematic about a short-form video app featuring a bunch of teenagers and 20-somethings doing choreographed dances, roller skating, hanging out in influencer mansions and cutting into photorealistic cakes?

The answer turns out to be: plenty.

In the past year, as it has become one of the most popular apps in the world, TikTok has accumulated many of the same problems that other large-scale social networks have. In addition to all the harmless Gen Z fun, there are TikTok conspiracy theories, TikTok misinformation and TikTok extremism. There are even activists using TikTok to influence our elections, including a network of teenagers and K-pop fans who claimed they used the app to sabotage President Donald Trump’s rally in Tulsa, Oklahoma, last month by registering for tickets under false identities.

All of this might have been overlooked or forgiven, except for one fact: TikTok is owned by ByteDance, one of the largest tech companies in China.

TikTok’s Chinese ownership has become a subject of intense scrutiny by lawmakers, regulators and privacy activists in recent weeks. Trump is considering taking steps to ban the app in the United States. Companies including Wells Fargo and government agencies including the Transportation Security Administration have instructed their employees to delete TikTok from their work phones because of concerns that it could be used for surveillance or espionage.

In response to the mounting pressures, TikTok is wrapping itself in the American flag. The company has hired a small army of lobbyists in Washington, has brought in an American chief executive (former Disney executive Kevin Mayer) and is reportedly exploring selling a majority stake in the company to U.S. investors.

Jamie Favazza, a TikTok spokeswoman, said in a statement that in addition to the chief executive, the social network had an American as its chief information security officer and another as its head of safety.

“We’ve tripled the number of employees in the U.S. since the start of 2020,” she said, “with plans to hire 10,000 more people over the next three years in places like Texas, New York and Florida.”

There are legitimate concerns about a Chinese-owned company capturing the attention and data of millions of Americans — especially one like ByteDance, which has a history of bending the knee to the country’s ruling regime. Like all Chinese tech companies, ByteDance is required to abide by Chinese censorship laws, and it could be forced to give user data to the Chinese government under the country’s national security law. Lawmakers have also raised concerns that TikTok could be used to promote pro-China propaganda to young Americans or censor politically sensitive content.

Favazza said TikTok stored U.S. user data in Virginia and Singapore. She added that the company’s content moderation efforts were led by U.S.-based teams and not influenced by any foreign government, and that TikTok had not and would not give data to the Chinese government.

There are also reasons to be skeptical of the motives of TikTok’s biggest critics. Many conservative politicians, including Trump, appear to care more about appearing tough on China than preventing potential harm to TikTok users. And Silicon Valley tech companies like Facebook, whose executives have warned of the dangers of a Chinese tech takeover, would surely like to see regulators kneecap one of their major competitors.

I’ll be honest: I don’t buy the argument that TikTok is an urgent threat to America’s national security. Or, to put it more precisely, I am not convinced that TikTok is inherently more threatening to Americans than any other Chinese-owned app that collects data from Americans. If TikTok is a threat, so are WeChat, Alibaba and League of Legends, the popular video game, whose maker, Riot Games, is owned by China’s Tencent.

And since banning every Chinese-owned tech company from operating in America wouldn’t be possible without erecting our own version of China’s Great Wall — a drastic step that would raise concerns about censorship and authoritarian control — we need to figure out a way for Chinese apps and U.S. democracy to coexist.

Here’s an idea: Instead of banning TikTok or forcing ByteDance to sell it to Americans, why not make an example of it by turning it into the most transparent, privacy-protecting, ethically governed tech platform in existence?

As a foreign-owned app, TikTok is, in some ways, easier to regulate than a U.S. tech platform would be. (One way of regulating it, a national security review by the U.S. Committee on Foreign Investment of ByteDance’s 2017 acquisition of Musical.ly, TikTok’s predecessor app, is already reportedly underway.) And there is plenty more the U.S. government could do to ensure that TikTok plays a responsible role in our information ecosystem without getting rid of it altogether. It could require the company to open-source key parts of its software, including the machine-learning algorithms that determine which posts users are shown. It could pressure TikTok to submit to regular audits of its data-collection practices and open up its internal content moderation guidelines for public comment.

As Kevin Xu, the author of Interconnected, a blog about U.S.-China relations, points out, ByteDance could impose strict internal controls to prevent its Chinese employees from accessing any of TikTok’s systems and open-source those controls so that outsiders could verify the separation.

Forcing TikTok to operate in a radically transparent way would go a long way toward assuaging Americans’ fears. And it could become a test case for a new model of tech regulation that could improve the accountability and responsibility of not just Chinese-owned tech companies but American ones, too.

At its core, a lot of the TikTok fear factor comes down to a lack of information. In March, TikTok announced that it would open “transparency centers” where independent auditors could examine its content moderation practices. The company has also begun releasing “transparency reports,” similar to those issued by Facebook and Twitter, outlining the various takedown requests it gets from governments around the world.

But we still don’t know how TikTok’s algorithms are programmed or why they’re showing which videos to which users. We don’t know how it’s using the data it’s collecting or how it makes and enforces its rules. We should know these things — not just about TikTok but about U.S. social media apps, too.

After all, Facebook, Instagram, YouTube, Twitter and Snapchat are playing a huge role in the lives of millions of Americans, and for years, they have operated with a degree of secrecy that few other companies of their importance have been allowed. What little we understand about these platforms’ inner workings is often learned years after the fact, gleaned from insider leaks or repentant former employees.

If we can figure out how to handle TikTok — an app with a genuinely creative culture, and millions of American young people who love it — we’ll have done a lot more than preserving a world-class time-waster. We’ll have figured out a model for getting big tech platforms under control, after years of letting them run amok.

Tweets by @forbesindia
"A word from the wise" Jimmy Boss and his powerful music mantras
Global Disrupters in Marketing- London Summers, Ryan Pownall And Justin Strong