The workplace of "The Ellen DeGeneres Show" came under scrutiny this month after BuzzFeed News published an article reporting that former staff members said they had faced "racism, fear and intimidation" at work 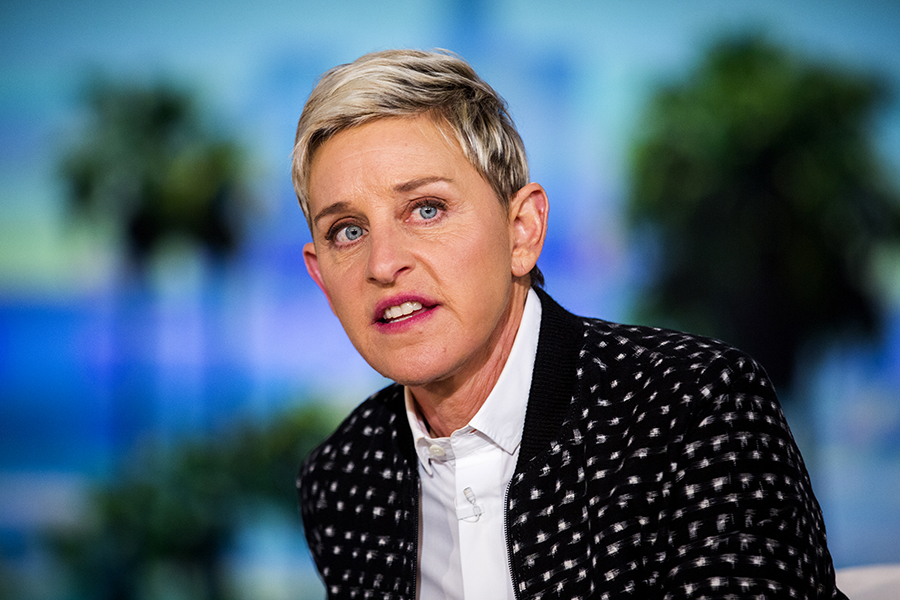 Ellen DeGeneres apologized to the staff members of her talk show in an email Thursday, a week after Warner Bros. Television informed employees that its parent company would conduct an investigation into the program’s troubled workplace.

In the email, which was reviewed by The New York Times, DeGeneres wrote: “On day one of our show, I told everyone in our first meeting that The Ellen DeGeneres Show would be a place of happiness — no one would ever raise their voice, and everyone would be treated with respect. Obviously, something changed, and I am disappointed to learn that this has not been the case. And for that, I am sorry.”

The workplace of “The Ellen DeGeneres Show” came under scrutiny this month after BuzzFeed News published an article reporting that former staff members said they had faced “racism, fear and intimidation” at work. Those whose accounts were included in the article laid most of the blame on three executive producers: Ed Glavin, Mary Connelly and Andy Lassner.

In a joint statement to BuzzFeed News, the three executive producers said that the responsibility for running the show was “completely on us,” adding that they realized that “we need to do better, are committed to do better, and we will do better.”

In a statement Thursday, Warner Bros. Television acknowledged “some deficiencies related to the show’s day-to-day management” and suggested changes were in store. “We have identified several staffing changes, along with appropriate measures to address the issues that have been raised, and are taking the first steps to implement them,” the statement said.

Two people with knowledge of the investigation, who spoke on the condition of anonymity because they were not authorized to speak publicly about it, said Glavin would be removed from his position.

Warner Bros. would not comment on specific staffing changes. Glavin did not respond to a request for comment.

DeGeneres, a comedian with an amiable public image who has been a staple of daytime television since her talk show made its debut in 2003, also said in her email to staff members she would take a more active role in running the program.

“As we’ve grown exponentially,” she wrote in her email to staff members, “I’ve not been able to stay on top of everything and relied on others to do their jobs as they knew I’d want them done. Clearly some didn’t. That will now change and I’m committed to ensuring this does not happen again.”

The Hollywood Reporter first reported on DeGeneres’ email and the change among the show’s executive producers.

One of the first television stars to announce that she was gay — a statement she made in 1997, when she did as the star of the prime-time sitcom “Ellen” — DeGeneres tried to reassure employees that their workplace would be improved by invoking her own experience.

“As someone who was judged and nearly lost everything for just being who I am,” she wrote, “I truly understand and have deep compassion for those being looked at differently, or treated unfairly, not equal, or — worse — disregarded. To think that any one of you felt that way is awful to me.”

Tweets by @forbesindia
When private-sector firms create a culture of health
Grilled by lawmakers, Big Tech turns up the gaslight