Grilled by lawmakers, Big Tech turns up the gaslight 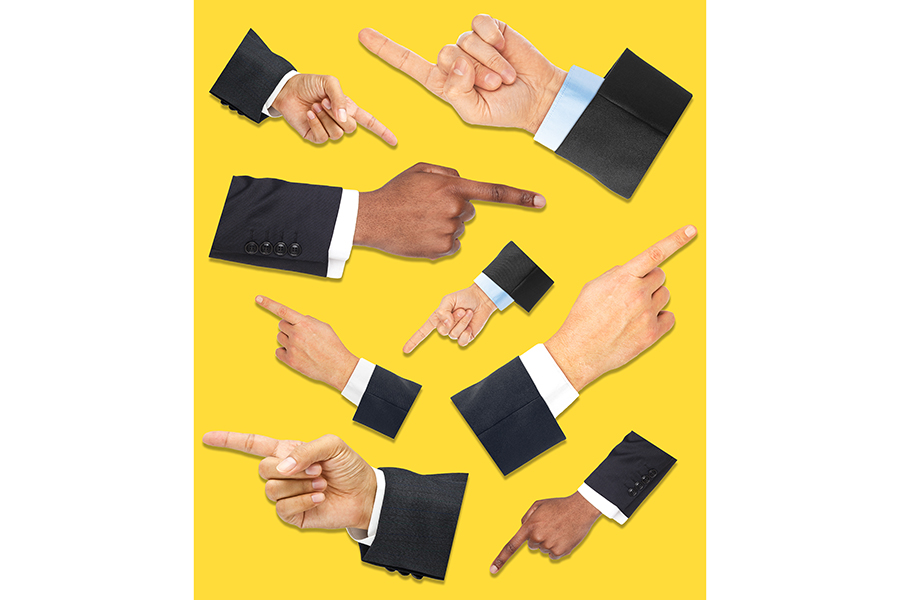 The marathon appearance by four tech titans resulted in a hearing that, at times, felt less like a reckoning than an attempted gaslighting — a group of savvy executives trying to convince lawmakers that the evidence that their yearslong antitrust investigation had dug up wasn’t really evidence of anything. (Pablo Rochat/The New York Times)

When Mark Zuckerberg appeared in front of Congress two years ago, the Facebook chief executive’s memorable retort to a clueless questioner was, “Senator, we run ads.” After Wednesday’s marathon appearance by Zuckerberg and three other tech titans at a House hearing on competition in the tech industry, a more fitting quote might be, “Congresswoman, I’m not sure what you would mean by ‘threaten.’”

That was Zuckerberg’s evasive answer to a question asked by Rep. Pramila Jayapal, D-Wash., about whether Facebook had ever threatened to squash smaller competitors by copying their products if they wouldn’t let Facebook acquire them.

It was a good question with a clear-cut answer. Facebook’s copy-and-crush approach has been well documented for years, and Jayapal brought even more receipts — previously undisclosed messages in which Zuckerberg issued thinly veiled threats to Kevin Systrom, the co-founder of Instagram, about what would happen to his company if he refused to sell.

An honest Zuckerberg might have replied, “Yes, Congresswoman, like most successful tech companies, we acquire potential competitors all the time and copy the ones we can’t buy. That’s how we’ve avoided going extinct like Myspace or Friendster, and we’re about to do it again with Instagram Reels, our new TikTok clone.” That would have been an illuminating answer, and one that could have let lawmakers in on the kill-or-be-killed ethos of Silicon Valley. Instead, he dodged and weaved, trying to explain away the emails without admitting the obvious.

He did the same thing when Rep. Hank Johnson, D-Ga., pressed him for answers about Facebook Research — an app that was used to snoop on users’ smartphone usage and give Facebook detailed data about its competitors. Zuckerberg initially said he wasn’t familiar with the app, even though Apple’s decision to bar it from its App Store nearly caused a meltdown at his company last year. (He later said he misspoke and that he remembered it.)

I don’t mean to pick on Zuckerberg. Every other witness at Wednesday’s hearing — Jeff Bezos of Amazon, Sundar Pichai of Google and Tim Cook of Apple — also dodged lawmakers’ most pointed questions or professed their ignorance.

The result was a hearing that at times felt less like a reckoning than an attempted gaslighting — a group of savvy executives trying to convince lawmakers that the evidence that their yearslong antitrust investigation had dug up wasn’t really evidence of anything.

The performance wasn’t particularly convincing. You don’t become a tech mogul by being sloppy or forgetful, and it strains credulity to imagine that these four hypercompetitive, detail-obsessed men — all of whom had many weeks to prepare for Wednesday’s hearing — simply didn’t remember major decisions they’d made.

At one point, Bezos was asked about a recent Wall Street Journal report that Amazon had set up a venture capital fund to invest in startups, only to then introduce its own versions of those startups’ products.

“I don’t know the specifics of that situation,” Bezos replied.

At another point, Pichai, asked to explain whether it was anti-competitive for Google to threaten to delist Yelp if it didn’t allow the company’s search engine to use its listings in its featured snippets, said he was “happy to engage and understand the specifics” at a later date. Yelp has complained publicly about Google’s search engine for years.

And confronted with emails acquired by House investigators in which Apple employees promised to fast-track a company through its App Store approval process — a seeming contradiction of Cook’s assertion that it treated all developers equally — Cook responded, “I don’t know about that, sir.”

Give the executives this: It’s hard to have nuanced conversations about complex and often technical topics in front of an audience of hostile politicians, some of whom seemed more interested in generating fiery clips for their Facebook pages than investigating antitrust concerns. And the panel’s format — rapid-fire rounds of questioning conducted over video conference, with each member given only five minutes at a time to question the witnesses — nearly guaranteed that the conversation would remain surface-level.

In addition, many Republican members of the subcommittee seemed to have no interest in antitrust issues at all, preferring instead to ride partisan hobby horses like claims of anti-conservative bias on social media.

But many Democratic members came armed with real, substantive questions that deserved a fuller airing. The executives’ choice to sidestep these questions — or their inability to answer before being cut off — may signal that they still believe they can run circles around Congress without engaging in hard, detailed conversations about how they exercise their power.

That may have been a reasonable conclusion to draw after the past several years, a period in which Silicon Valley giants added hundreds of billions of dollars in market value while Washington barely gave it a passing glance. Despite plenty of clamoring, lawmakers have failed to pass any meaningful privacy or data protection laws during President Donald Trump’s time in office, and Trump has shown little interest in any tech regulation that does not involve his own Twitter account.

But it is less clear that a say-nothing strategy will continue to work, now that lawmakers have begun doing their homework. Sure, some members of Congress may still need their iPhones explained to them, but there is real expertise on Capitol Hill that wasn’t there even a year ago, and new allies who are willing to give Congress the ammunition it needs.

When Zuckerberg appeared before Congress in 2018, tech expertise in Washington was a rare commodity. Now antitrust experts schooled in the intricacies of tech platforms are helping Congress investigate.

One such specialist, Lina Khan, whose analysis of Amazon’s anti-competitive business practices made her a star of the “hipster antitrust” movement, appeared at Wednesday’s hearing sitting behind Rep. David Cicilline, D-R.I., whom she now advises. Tech industry leaders, who once refrained from criticizing their fellow titans out of courtesy or cowardice, are now speaking up about issues like the 30% cut Apple takes from purchases made through its App Store. And if Trump loses his reelection bid in November, the calls from Democrats to break up or regulate Big Tech companies will only grow louder.

None of this necessarily means that Congress is on the verge of reining in Silicon Valley’s excesses. There are still plenty of lawmakers who would rather focus on promoting dubious claims of partisan censorship on Facebook or complaining about fundraising emails getting stuck in constituents’ spam filters. And tech companies’ generally good reputations with Americans — not to mention their deep lobbying pockets — may protect them in the end.

But at certain moments on Wednesday, each of the four tech executives appeared to be taken off guard by the rigor and depth of the questions they faced. If they were expecting to teach Tech 101 to a group of clueless lawmakers, they instead found themselves in the principal’s office, being confronted with evidence of the spitballs they’d thrown. And they must have realized, in those moments, that they were seeing the beginnings of accountability.