The $857 billion package includes unprecedented steps to help less wealthy countries, including selling collective debt and giving much of the money as grants, not loans 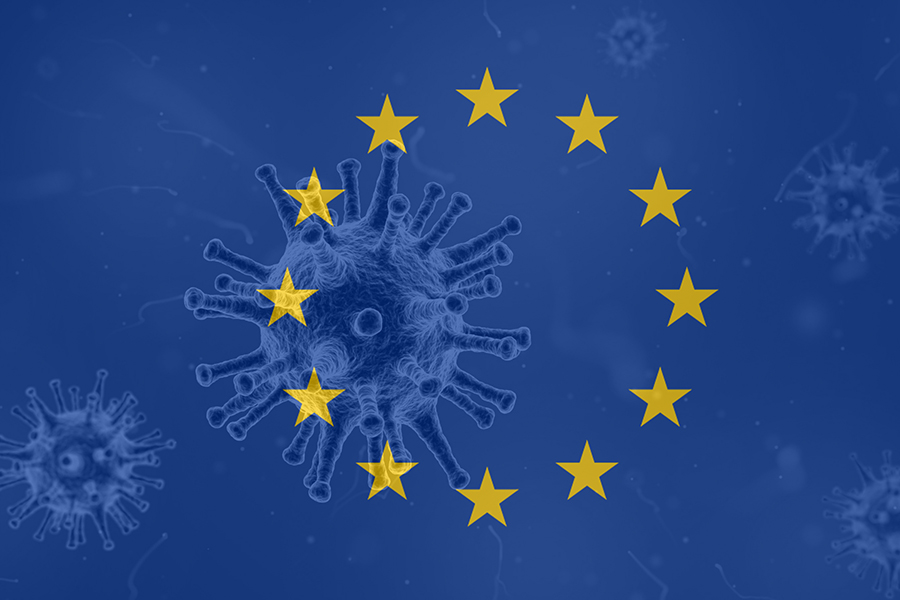 
BRUSSELS — After nearly five days of intense haggling, European Union leaders on Tuesday stepped up to confront one of the gravest challenges in the bloc’s history and agreed to a landmark spending package to rescue their economies from the ravages of the pandemic.

The 750 billion euro ($857 billion) stimulus agreement, spearheaded by Chancellor Angela Merkel of Germany and President Emmanuel Macron of France, sent a strong signal of solidarity even as it exposed deep new fault lines in a bloc reshaped by the British exit.

The deal was notable for its firsts: European countries will raise large sums by selling bonds collectively, rather than individually; and much of that money will be handed out to member nations hardest hit by the pandemic as grants that do not have to be repaid, and not as loans that would swell their national debts.

Those extraordinary steps reflected a difficult consensus arrived at by members that the scale of crisis facing them required groundbreaking measures to ensure the bloc’s legitimacy, stability and prosperity. But the lengthy negotiations in Brussels were notable, too, for their exceptional rancor — and it was clear that the pooling of resources and sovereignty had come at a cost.

While there is no underestimating the importance of the agreement — the generosity of its size and the novelty of its mechanisms — the acrimony and dramatics of the four-day meeting betrayed the new divisions within the bloc. They also signaled where the fractures may lie in future crises.

The talks were defined by shifting roles among members now jostling to make their voices heard and for leadership in the absence of Britain, which had often played the part of the thrifty contrarian, fastidious about rules, in past summits.

This time, Merkel, unusually for a German leader, and holding the EU’s rotating presidency, put her finger on the scale on behalf of hard-hit southern countries and did battle with the nations she once championed, the northern members that have been less affected by the virus and are wary of the vast sums being thrown around.

As talks broke up without a deal around 6 a.m. Monday, Mark Rutte, the Dutch prime minister, told his country’s media that he didn’t care if other leaders mockingly called him “Mr. No” for blocking the agreement. (They did.)

It was Rutte who stepped into the vacuum left by Germany’s shift and Britain’s departure to lead the so-called Frugal Four, which include his nation as well as Austria, Sweden and Denmark. Occasionally, the “frugals” became five with the support of Finland.

In the end, with a unanimous decision by the 27 nations needed for a plan to go forward, a bitter compromise prevailed. The ambitious plan pushed by Merkel and Macron was watered down, but remained significant. The overall figure of 750 billion euros remained, but an original proposal to offer 500 billion euros of that in the form of grants was trimmed back to 390 billion euros, with 360 billion euros earmarked for loans.

In addition to raising cash and extending grants, the package will increase lending and deploy other, more traditional stimulus methods to arrest and reverse the economic free-fall that threatens the stability of the world’s richest bloc of nations.

Economists predict a recession far worse than anything since World War II. France, Italy and Spain, the bloc’s second-, third- and fourth-largest economies, are expected to suffer the most, clocking in contractions of around 10% this year.

Greece and other smaller economies that are still recovering from the last recession will also be badly affected by the downturn. But heavy debt loads in many of these nations make them reluctant to amass yet more debt, and their budgets aren’t sufficient to self-fund their recoveries. That led them to turn to the EU for help.

Together with the vast bond-buying program by the European Central Bank, national stimulus plans worth trillions of euros, and other, smaller EU support schemes for banks, businesses and workers, European leaders hope to reverse the recession in 2021 and spend their way into a rapid and powerful recovery.

They also agreed on Tuesday on the bloc’s regular budget for the next seven years: 1.1 trillion euros to finance the normal EU policies on agriculture, migration and hundreds of other programs.

But the deal came at a heavy price in progressive goals attached to EU values and norms. To bring Hungary and Poland on board, EU leaders decided to water down the caveat making funding conditional on the rule-of-law benchmarks that the two nations’ illiberal governments are violating.