The markets took the company's value to nearly $1.9 trillion, substantially larger than Apple at about $1.19 trillion, but Aramco faces a lot of challenges 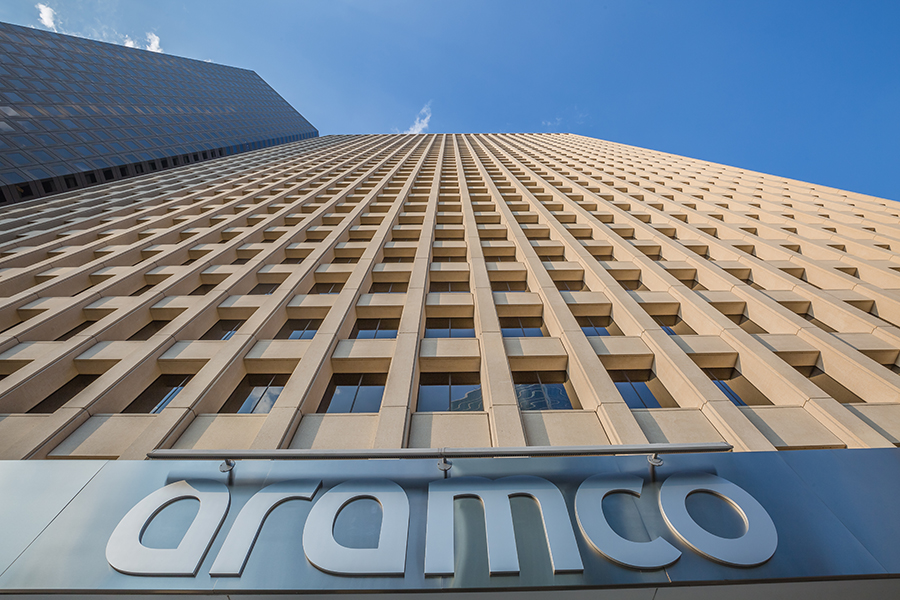 Saudi Aramco, the oil giant that underpins the Saudi economy, emerged as the world’s most valuable public company Wednesday as its shares traded for the first time. But the stock offering fell short of the royal family’s goal of luring huge amounts of global investment.

Aramco shares rose 10% within seconds after they started trading on the Saudi stock exchange in Riyadh, reaching the largest daily increase permitted. The surge took the company’s value to nearly $1.9 trillion, substantially larger than Apple at about $1.19 trillion.

Crown Prince Mohammed bin Salman, whose reputation was damaged last year by the murder of dissident journalist Jamal Khashoggi by Saudi agents, will probably claim the IPO as a big victory. The proceeds from the shares sold in the offering — initially estimated at $25.6 billion — will help fund the crown prince’s Vision 2030 plan, which aims to finance vast projects in renewable energy and real estate and reduce dependence on oil.

But the slice of the company being traded is tiny and the shares are benefiting from the hothouse environment of the local stock exchange, which the Saudi leadership chose over a bigger, more global market. Given the opportunity to buy into a national crown jewel, Saudi individuals and companies lined up to buy the shares. Many major investment funds from outside the region were largely on the sidelines.

And Aramco faces a lot of challenges. Growing worries about the role of fossil fuels in climate change, as well as a slowing world economy, are casting a shadow on oil and gas companies’ prospects. On Tuesday, Chevron said it was writing off up to $11 billion of the value of its properties in part because of lower expectations for oil and gas prices.

Pushing up Aramco’s value at its debut could set it up for a fall later, some analysts say.

“Clearly this has turned out to be a political project rather than a purely financial project,” said Neil Beveridge, an analyst at Bernstein, a market research firm. “The valuation is out of sync” with other international oil companies, he added.

Why is a fossil-fuel company worth so much?
Aramco, fully state-owned until now, has some of the largest oil fields in the world.

With decades’ worth of crude oil in the ground, Aramco can focus on the relatively easy task of squeezing oil from existing fields — like Ghawar, considered the world’s largest — rather than spending heavily on finding and developing resources deep in the ocean or on extracting fuel from shale.

As a result, Aramco’s costs per barrel produced are a fraction of the industry average, and the company is enormously profitable. Aramco reported $111 billion in net income in 2018. Earnings are expected to fall this year, but it will still likely be the world’s most profitable company.

International investors thought the company was worth less. What happened?

Many global investors told Aramco’s advisers that they thought $2 trillion was too high a price for the company, when comparing metrics like the dividend yield among other international oil companies. Advisers told the company last month that $1.1 trillion to $1.7 trillion was a more realistic valuation.

Outside investors were concerned that the Saudi government would retain around 98% of the shares, leaving them with little influence.

After reaching an impasse with Wall Street banks, Aramco decided to go a different route. It downgraded the role of the American financial institutions, and pressed local and regional investors in the Middle East to buy its shares.

The strategy of limiting the number of shares for sale, and restricting the sales effort to a small but motivated constituency, helped prompt a spurt in value Wednesday.

Why isn’t it being traded on a major exchange?
Crown Prince Mohammed originally wanted the prestige of an international listing, but exchanges in locations like New York and London posed hurdles in terms of disclosure and regulation. Saudi officials were also concerned that a listing in New York could expose Aramco to lawsuits by families of victims of terrorism linked to Saudi Arabia.

Saudi banks have enabled individuals to buy the shares by phone, ATM or other convenient means. To entice investors, Aramco has guaranteed a dividend amounting to a 4.4% yield for five years.

“Aramco is relatively valuable for local investors, especially the ones that don’t have full access” to investments outside Saudi Arabia, said Ayham Kamel, head of Middle East research at Eurasia Group, a consulting firm.

At the same time, fund managers who follow certain stock indexes would be under pressure to buy Aramco shares, said Zachary Cefaratti, chief executive of Dalma Capital, a Dubai-based financial firm with three funds focused on Saudi Arabia. MSCI, an index provider, for instance, plans to include Aramco in several stock indexes, creating more demand for the shares.

What are the downsides of selling the shares locally?
A primary goal of the share offering was to bring outside capital into the kingdom. Proceeds from the offering are likely to flow largely into the Public Investment Fund, a sovereign wealth fund that has become Crown Prince Mohammed’s main vehicle for shifting the Saudi economy from its reliance on oil.

Neom, a vast futuristic city planned for the northwest of the country, will require $500 billion from the Public Investment Fund and other investors over time, according to its website.

The smaller offering means earlier plans to tap into the international markets for as much as $100 billion for his Vision 2030 diversification plans are on the shelf.

“He doesn’t have the funds,” said Jim Krane, a fellow on energy issues at Rice University’s Baker Institute. “You can’t do as much with $25 billion as you can with $100 billion. So he is going to have to be a little more circumspect and a little more cautious.”

What about Aramco’s future?
Awareness that demand for the company’s products could fall is one reason that Aramco is pouring capital into petrochemicals, which are formed from oil and natural gas and are considered to have better growth prospects than transportation fuels like gasoline and diesel. Aramco is also experimenting with low-emissions car and truck engines.

At the meeting of the Organization of the Petroleum Exporting Countries last week, the Saudis pushed for further production cuts to prop up oil prices, now about $64 a barrel for Brent crude, the international benchmark.

But as usual, they agreed to take most of the pain themselves, including a new 167,000 barrel-a-day drop in their quota. The Saudis also said they would voluntarily reduce production by another 400,000 barrels a day. As a result, starting in January, Aramco will produce about 9.7 million barrels a day, about 900,000 fewer than a year ago.

More cuts may come at a meeting of OPEC and Russia scheduled for March.

“The Saudis have been bearing an increasing share of the burden of the cuts,” said Bhushan Bahree, a senior director at IHS Markit, a research firm. “It is not clear where their limit lies; they can’t carry on doing this forever.”

Tweets by @forbesindia
This is what racism sounds like in the banking industry
Hypertension: Rising beyond the age barriers