After the successful test flight of all three stages, ISRO will be able to claim a place in the multi-billion dollar communication satellite launch market 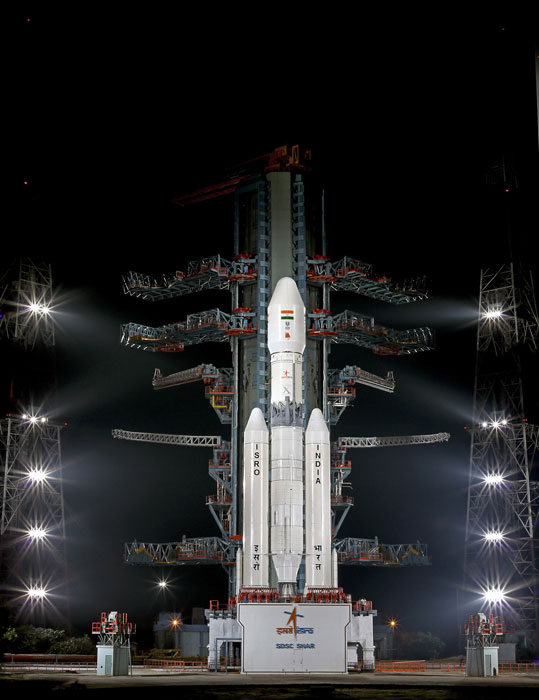 India took the first step in developing a satellite launch vehicle that can put communication satellites, weighing around 4.5 tonnes, in geosynchronous orbit with the successful flight of GSLV Mark III. This launch has validated the solid and liquid stage of the three stage all new vehicle. The third stage is powered by high thrust cryogenic engine which is still under development. According to K Radhakrishnan, chairman, Indian Space Research Organisation (ISRO) it will be ready in two years time after which the full development flight of GSLV Mark III will take place. He said the launch was significant for the development of advanced launch vehicles in India.

With today's successful flight ISRO can safely claim that it has got the two stages (solid and liquid) of the new launch vehicle right and the focus of the organisation now shifts to the high thrust cryogenic engine. Only after the successful test flight of all three stages can ISRO claim a place in the multi-billion dollar communication satellite launch market which is currently dominated by USA, Europe and Russia. Also, GSLV Mark III will bring in considerable cost savings for ISRO as it can launch its own communication satellites in orbit at far economic rates compared to what it is paying now while using European Space Agency or NASA.

The lift off happened at 9.30 am today after a smooth countdown on a hazy winter morning at Shriharikota. The two large S 200 solid fuel engine, the largest ISRO has ever built, contains 200 tonnes of solid fuel each (third largest rocket motor in the world). They roared to life helping the 630 tonne launch vehicle escape gravity. The L110 liquid engine then took over from the solid fuel engines. ISRO officials confirmed that both the stages performed as expected.

A part of this launch was an 'experiment on experiment' that involved an unmanned crew module to test its re-entry characteristics. The 3.7 tonne crew module will eventually carry humans into space. This part of the experiment also met with success as the module survived the re-entry and splashed down in the Bay of Bengal off Port Blair. However, it is unlikely that ISRO will be able to send an Indian into space anytime in the next 10 years. Experts say that ISRO has to develop the high thrust cryogenic engine and prove GSLV Mark III's reliability through repeated successful launches before it can hope to put an Indian in space.

When successfully commercialized, GSLV Mark III will compliment ISRO's two other launch vehicles; Polar Satellite Launch Vehicles (PSLV) which can put smaller satellites in orbit and GSLV (Geosynchronous Launch Vehicle) which can carry a higher payload of up to 2.5 tonne.