GST: Here's what would help its smooth implementation 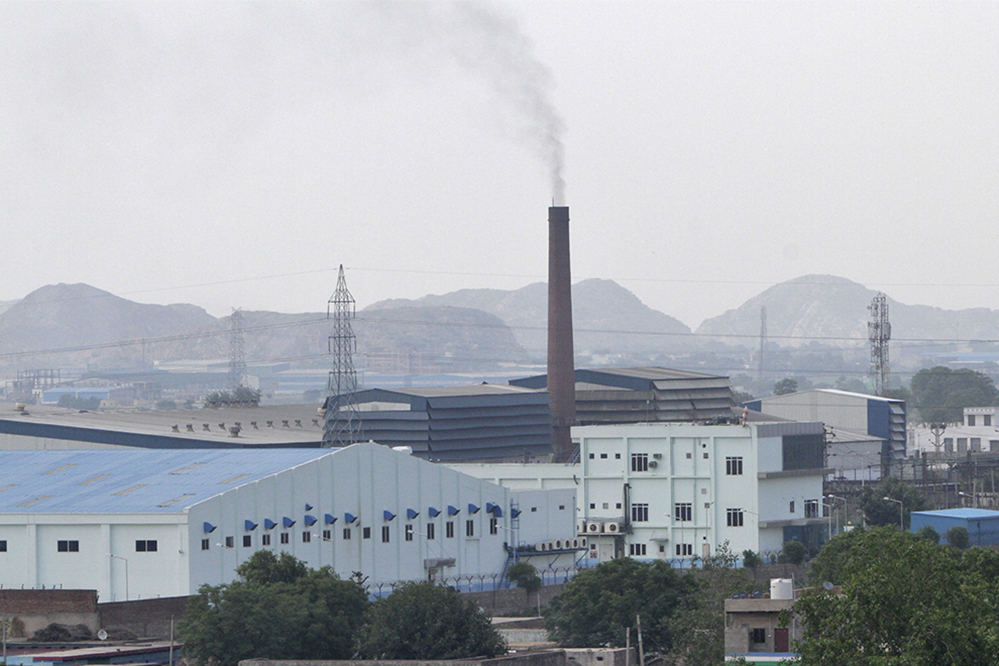 Image: B Mathur / Reuters (For illustrative purposes only)

It will be two months since the launch of the landmark Goods and Services Tax (GST) this week. The first month of GST was smooth sailing and went by without any major hiccups. This was mainly due to the enterprising character of the Indian mind which found answers to many problems on-the-fly. The central government too, took some courageous decisions such as allowing exports even when new procedural requirements were not fully complied with, providing clarifications at a faster pace, using social media tools as well as print and electronic media to disseminate information, etc. The month of August however, changed this scenario with Indian businesses gathering speed in their operations. As businesses have started sailing full throttle, we are now seeing problems cropping up in GST implementation as more and more businesses are to file their first full-fledged return starting 1 September 2017.

Let us reflect on what could have been done differently (and can be done even today) to make GST a real success and reduce the problems.

Simplify online processes
The GSTR-3B return filing for the month of July saw some typical problems. A particular company could not pay tax, as the CFO of the company holding the digital signature had resigned. The new signatory could not be added until the old signatory allowed the use of his digital signature to include new signatory. The situation gets worse in cases where the signatory has expired or has moved out of the country. There have also been cases where companies have deposited cash under the wrong tax head or have submitted the return with wrong information only to realise it later but with no recourse to change it. This is just a flavour of what online compliance is going to be.

GST compliance is based on online processes and such processes are inherently rigid as no human discretion is allowed. Unfortunately, the Goods and Services Tax Network (GSTN) too got very little time to stabilise its software application due to constant tweaking of rules and formats by the government. The GSTN, therefore, could not make available the application for testing by the taxpayers to find out practical difficulties that may occur. The issues mentioned earlier, may crop up in larger numbers as we file returns in September. It is, therefore, necessary that the GSTN is allowed sufficient time to test its application, allow users to get familiar with the application before actual filing happens. It may be prudent to continue with GSTR-3B, a simplified return format, for another three to six months while users get familiar with the tax system and the online compliance portal and its processes. Online matching may not be possible and feasible for the first six months, but that would be too small a price to pay compared to the inconvenience it may cause due to system related issues.

Are bonds and Letter of Undertakings (LUTs) required?
The GST law has borrowed the concept of bond and Letter of undertaking (LUT) from the excise regime. The Value Added Tax (VAT) regime did not use such bonds/LUTs and relied completely on export documentation by the Customs. Further, bonds/LUTs are now required even for the export of services, which are far more difficult to monitor as they are invisible. But are these documents really necessary?

The government perhaps looks at bonds as a manner to secure its revenue. But it would be very difficult to find even a single example of a bond being enforced in the last few years. Should we not do away with the legacy that we are used to if it does not serve its purpose? There have been instances in the past when it was successfully done.  Fifty years back, an excise officer sitting at a factory gate monitored all clearances from the factory. One morning, in 1969, the officer was removed and was replaced by a record-based control bringing major relief to manufacturers. There was no report that the tax revenues depleted on account of it. This can be considered as one of the biggest paradigm shifts in Indian indirect tax.

We see similar examples in other fields. For example - government offices now accept self-attested copies. Earlier, we were required to submit those attested by gazetted officers of the government. Until the 1990s, banks required the cash deposit challan to be countersigned by a designated officer before the customer was allowed to deposit cash. Though it may sound incredible today, but it was a reality back then. Things have changed over the years and we need to make a progressive departure from our restrictive mindset and adopt a philosophy adopted way back in 1969, which is of putting the faith back in the taxpayer. Some miscreants may take advantage of lack of controls, but a large majority should not suffer in our endeavour to bring these miscreants to book.

Why way-bills?
Way-bills monitor the movement of goods across all states. In a single point tax regime, such as sales tax, it was necessary to monitor movement of goods brought into the state, which would then flow into the market. Way-bills was one way to control such imports into the state and, thereby, ensure that they are recorded and accounted for. Some states saw improvement in revenues in the first year when check posts and way-bills were introduced. States like Maharashtra, however, found it difficult  to man all entry points and lived without check posts and way bills, despite having enabling provisions in the law. What is pertinent to note is Maharashtra did not do too badly. In fact, flow of goods was much smoother across the state boundaries as there were no check posts.

Things have changed drastically today. The GSTN can now monitor all B2B transactions – and almost all inter-state movements are B2B. This can help ensure that the supplier pays tax before credit is granted to the recipient. Do we then need any way-bills? Perhaps we need to evaluate with an open mind why do we need a way-bill and what benefits it would provide if it were removed.

Reverse charge on purchases from an unregistered person
The GST law requires a taxpayer to pay tax on a reverse charge basis on all purchases made from an unregistered supplier. This is an excellent move to protect an honest taxpayer. Not only are taxes on supply by registered as well as unregistered players equated, registered suppliers also get an additional advantage of input credit to make them more competitive. However, it does not mean that all purchases from unregistered persons can stop overnight. It could be a bouquet of flowers bought for a guest, stationery for urgent use, or a small repair work that may require purchases from unregistered vendors. Here, the real pain is complying with the law. The recipient taxpayer has to first find out the classification of the product or service and, secondly, find out the rate of tax and exemption if any, and then pay the tax making it quite complicated.

Can we not have a single heading for reverse charge with a single rate? Customs allows different machinery imported as a project to be classified under a single heading ‘9801’ and taxes it at a single lower rate. Can we not use a similar process in GST? This could ease much of the pain.

Some other recommendations:
1. Allow credit on all business expenses rather than restricting some of them. While the current provisions are close to this but the negative list is still quite big and open to interpretations
2. Credit should not be linked to the recipient making payment to the supplier. Business exigencies may require holding back payments or business transactions may require not paying the supplier at all. The government need not walk into the realm of business transactions, especially when online matching ensures that the tax on the underlying transaction is paid
3. Place of supply could be made Goods and Services Identification Number (GSTIN) based. In services, the general rule puts the place of supply at place of the service recipient with some exceptions. A similar rule is required in the case of goods. A GSTIN based place of supply can  facilitate automation of tax compliance significantly
4. Tax on advances is a nightmare for IT systems and lacks sufficient rationale. The government had never collected tax on advances earlier, except in case of services. Many provisions show that it is ready to compromise its cash flow to make compliance simpler for taxpayers – monthly payment of taxes, not taxing amortised value of moulds and dyes, not insisting on a specific value for stock transfers are a few examples. Why not stretch the same philosophy to advances and make the law simpler?
5. The government should set-up a large number of advance rulings authorities for a ruling on issues of concern, as certainty is the biggest gift it can give to Indian businesses.

To sum up, when we reflect on the GST and its first two months – it gives us a good insight on what we could have done and can still do to make this tax work for the benefit of the business. Let us do it for a better India.