Expectations that aerial taxis will be a reality in the coming years are quickly building, and at least 20 companies are in the market, which Morgan Stanley estimates will top $850 billion by 2040 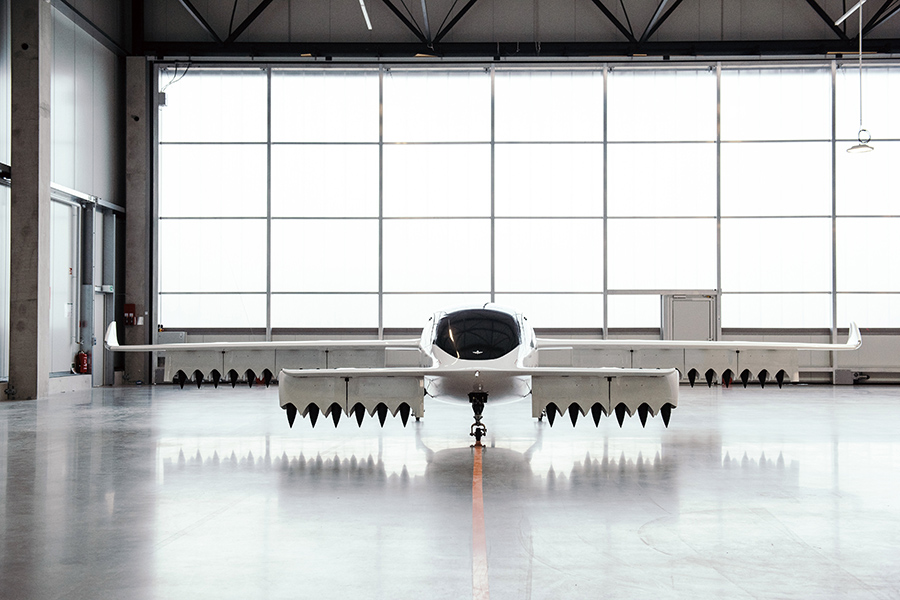 The Lilium prototype flying taxi in a hangar in Wessling, Germany on Oct. 10, 2019. Lilium, a German start-up, illustrates the potential and the risks of creating a new generation of electric aircraft for urban transportation.
Image: Felix Schmitt/The New York Times

MUNICH — Inside an airplane hangar about 20 miles from central Munich, Daniel Wiegand lifted the door of a prototype that he said would become one of the world’s first flying taxis. He’s coy about how much it cost to build — “several million,” he says — but promises that within five years a fleet of them could provide a 10-minute trip from Manhattan to Kennedy International Airport for $70. A lot is riding on his plane. Wiegand, 34, is the chief executive and a founder of Lilium, one of the most promising and secretive startups in the global race to build an all-electric aircraft that will — regulators and public opinion willing — move passengers above cities. “This is the perfect means of transportation, something that can take off and land everywhere,” Wiegand (pronounced VEE-gand) said. “It’s very fast, very efficient and low noise.” Expectations that aerial taxis will be a reality in the coming years are quickly building. Companies like Lilium are testing their machines, laying the groundwork for wider production and starting discussions to gain support from government officials. At least 20 companies are in the market, which Morgan Stanley estimates will top $850 billion by 2040. Larry Page, the billionaire co-founder of Google, is financially backing Kitty Hawk, a company run by the first engineers on Google’s autonomous car. Boeing and Airbus have projects underway. Automakers including Daimler, Toyota and Porsche are investing in the sector. Uber is developing an air taxi service, with plans to open by 2023 in Los Angeles, Dallas and Melbourne, Australia. Yet saying your plane could fly over Manhattan in five years doesn’t mean it will. Building durable jets at a reasonable cost still presents engineering and technical challenges. And a long process awaits with regulators, including the Federal Aviation Administration, that will need to weigh safety concerns. “The question is can we build a platform that is broadly accessible to everybody and is not just a rich person’s toy, and can we build it so quiet that people on the ground aren’t annoyed by it?” said Sebastian Thrun, the chief executive of Kitty Hawk. Lilium, which has raised more than $100 million from investors, illustrates the high-wire act of the companies trying to live up to the hype. The black-and-white aircraft shown by Wiegand is less “Jetsons”-like flying car than a glider, with a carbon fiber body and 36-foot wingspan. Like several other flying taxis in development, it is battery powered, providing a range of 186 miles and a top speed of nearly 190 mph. Inside the oval cabin will eventually be plush seats and other comforts for four passengers and a pilot. The engines are packed inside four wings with flaps that rotate so the aircraft can take off and land vertically like a helicopter. But it is quieter than a helicopter, so it could potentially land in some areas traditionally off limits to aircraft. The costs of the jets may eventually fall to several hundred thousand dollars each, Wiegand said. And with lower maintenance costs because there are fewer mechanical components, rides should cost roughly the same as an Uber or a taxi ride. Insurance companies have told him that they will provide him with risk coverage. If successful, he said, the jets will transform urban transportation, with customers using Lilium’s app to book a flight from a network of small airports that connect suburbs, college towns and other hubs to cities. Imagine, he said, jets connecting areas across California or southern Germany that don’t have high-speed train lines. Eric Allison, the head of Uber’s flying taxi effort, said the technological hurdles were less complex than for autonomous vehicles; there is less traffic in the air, and the first generations of the aircraft will have pilots. Still, Allison said, no company has received government certification to fly commercially. “That’s a tall order,” he said. Then there are the many other obstacles to overcome. Battery technology limits how far the vehicles can fly. Building a prototype is different from starting mass production. And the price of the machines, and operating them, needs to be low enough to make rides affordable for customers. Regulators could slow development by limiting the number of takeoffs and landings on desirable routes. There aren’t enough air traffic controllers now to handle a big influx of flights across cities. One fatal accident and demand could dry up. “This is going to be a test of staying power — an ability to lose money, an ability to ride out a failure,” said Adam Jonas, a lead author of the Morgan Stanley report on the industry. “Many will fail.” American rivals say they know little about Lilium beyond its hiring of experienced aviation executives from Rolls-Royce, Airbus and Raytheon to oversee areas such as manufacturing, quality control and procurement. Even Angela Merkel, Germany’s chancellor and a trained physicist, is intrigued. At an aviation conference last year, she stopped by Lilium’s booth and peppered Wiegand with questions about the battery, flight range and engines. Wiegand said secrecy was necessary to keep rivals from learning too much. Unlike other jets that look similar to the small commercial drones that can be bought in a store, Lilium’s plane has packed 36 smaller engines in its rotating wings that act as thrusters for takeoffs, landings, and subtle movements forward and back. Encasing the engines in the wings reduces friction and noise. “Nobody has one with the performance we have,” Wiegand said.