Is India Ready for Shale Gas?

India has a long way to go before it can sustainably and safely extract shale gas. A lot depends on whether the proposed regulatory framework will promote investment in the requisite resources and infrastructure

There is a high degree of expectation around the new shale gas policy due to emerge as per recent announcements from MoPNG. EIA estimates put India’s recoverable shale gas reserves at ~60 trillion cubic feet (TCF). For context, India’s current annual gas consumption is ~2 TCF.

Everyone knows that development of shale gas in USA has transformed its energy dynamics and boosted its economy – increasing manufacturing output thanks to the now low cost of gas as fuel for power and feedstock for industry. Could shale gas be the panacea for India’s energy needs? Can we too enjoy the same transformation seen in USA? To answer these questions, we first need to understand what exactly is shale gas, how is it extracted, what are its pitfalls and finally we need to learn from the shale gas experience of other countries. 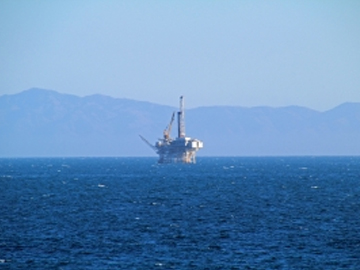 Broadly, there are two types of natural gas resources – conventional and unconventional. Conventional natural gas is like a big balloon of gas trapped underground – the way to extract it is to drill a well, puncture the balloon and collect the gas. Finding these big balloons and drilling in exactly the right place to the right depth to extract the maximum gas is a science and an art that was mastered by major global oil and gas companies. Meanwhile, smaller, more entrepreneurial companies were chasing unconventional gas. This comes in three flavors – tight gas, coal bed methane and shale gas. Shale gas is not aligned to the balloon analogy at all – it’s more like lots of little bubbles of gas trapped inside impermeable shale rock that stretches for miles underground. The way to extract it is to drill a well that penetrates the shale, then takes a ninety degree turn and makes a channel in the rock parallel to the ground – this is called a horizontal well. Water (mixed with chemicals & additives) is then blasted at high pressure through the horizontal well to fracture the shale, an activity referred to as “fracking.” Fracking dislodges the gas bubbles and they find their way to the surface through the horizontal well.

So extracting shale gas is very different from conventional gas production. Instead of a single big balloon there are millions of bubbles stretching over large tracts of land. Unlike conventional gas where drilling that perfect well is critical, shale reserves are easier to find and drill – the name of the game here is operational efficiency: quickly drilling horizontal wells, fracking them, connecting them to pipeline infrastructure, extracting the gas, transporting it and moving to the next tract of land. Instead of the capex consolidated in a small area as in conventional drilling, shale gas extraction requires capex spread over wide areas – especially the extensive midstream pipeline network required to gather the gas recovered. Finally there are some new environmental challenges – a lot of water (mixed with chemicals and additives) is required for fracking, if this is not properly disposed it can pollute the ground water.

Our view is that India has a long way to go before it can sustainably and safely extract shale gas. A lot depends on whether the proposed regulatory framework will promote investment in the requisite resources and infrastructure. Technological knowhow, although critical, should not be the bottleneck – GAIL, OIL and RIL have already started investing in shale in USA and their local staff is onsite building technical capabilities. Where India will be challenged is in its ability to manage resources (e.g., water, for which there is a distribution problem even for human consumption) and to design regulations for sustainable development (e.g., investment incentives for developing the required supply chain and capex; preventing ground water pollution; compensating land-owners which will be critical for drilling horizontal wells in large tracts of populated land, etc.) These are complex problems and in addition to a shale gas policy (which in itself will elicit debate on production sharing/ royalty, etc.) India will need to create/ modify other policies plus tighten oversight.

India will not be alone in dealing with this complexity. European countries are grappling with similar issues – fracking has been banned in many European nations and companies have either pulled out (e.g., ExxonMobil from Poland) or tempered expectations (Chevron with large amounts of acreage in Eastern Europe has stated that commercial development could be over a decade away). Even countries much further along in the shale journey are re-visiting policies – e.g., both USA and UK are conducting studies and refreshing guidelines around chemicals/ additives used in fracking. China will soon be releasing a new shale gas policy to resolve the shortage of mid-stream infrastructure investments and to enforce stricter environmental controls.

In summary, shale gas has potential but it is not the silver bullet which will resolve India’s energy crisis tomorrow.  And although we need a policy around shale gas, it needs to be holistic and incorporate lessons learned from the experiences of other countries (USA and UK) that are further ahead. Understanding the challenges they faced around water, investment incentives, land, etc. will allow us to create a more robust policy for India which will sustain over the long term.