Jeffrey Pfeffer: If Everybody Thinks You Are A Genius, You Are

Competence alone will not take you to the top, says leadership expert Jeffrey Pfeffer 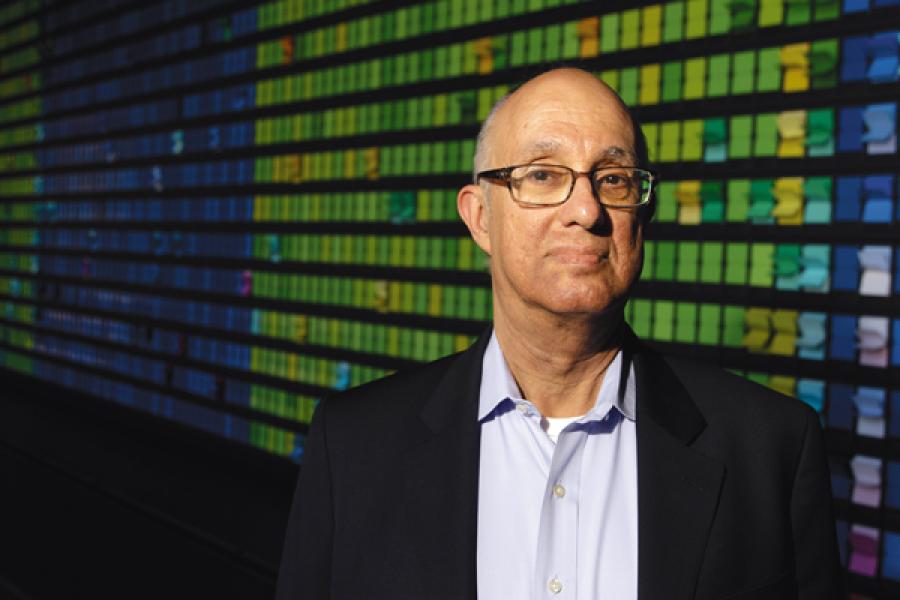 Name: Jeffrey Pfeffer
Age: 65
Designation: Thomas D. Dee Professor of Organizational Behavior at the Graduate School of
Business, Stanford University
Work: Author of 13 books including The Knowing-Doing Gap: How Smart Companies Turn Knowledge into Action  and Hard Facts, Dangerous Half-Truths and Total
Nonsense: Profiting from Evidence-based Management (both with Robert Sutton).
Education: B.S. and M.S. from Carnegie-Mellon University and Ph.D. from Stanford University
Next up: Pfeffer is now researching the effect of organisations on human health. “Lay-offs increase mortality. Long working hours increase blood pressure. There are lots of things that we are doing in modern society that make people unhealthy,” he says.

You worked super hard in college and got straight A’s throughout. Then you slogged day and night at business school — all for that dream job. Now that you have it, you find yourself toiling again — this time for a promotion. It’s harder than you ever thought it would be. But grandma always said, “Work hard and you will be rewarded.” And you believed her. Only that this time your colleague who didn’t work half as hard, but sucked up to the boss, got the promotion and you didn’t.

Life, it seems, disagrees with grandma. So does Jeffrey Pfeffer.

“Competence is highly overrated,” says Pfeffer, the Thomas D. Dee Professor of Organizational Behavior at the Graduate School of Business, Stanford University. In his latest book Power: Why Some People Have it — and Others Don’t, Pfeffer debunks the belief that virtue is rewarded. But it pays to have the right political skills.

Pfeffer cites the example of Jamie Dimon, the chairman and CEO of JP Morgan Chase. In 1998, he was fired from Citibank after a clash with then co-CEO Sandy Weill’s daughter. “Blood is thicker than job performance. There are hundreds of executives both large and small who have lost their jobs regardless of their performance just because they didn’t get along with somebody,” says Pfeffer.

It’s not that Pfeffer discovered something new. All along, competence was getting the short shrift, but most people chose to believe in the inherent goodness of the world. This ‘just world hypothesis’ fools us into believing that if we play by the rules, good things will happen to us. But in reality organisations are mean places where hard work or performance is not necessarily rewarded.

“There is no doubt that the world would be a much better, more humane place if people were always authentic, modest, truthful, and consistently concerned for the welfare of others instead of pursuing their own aims. But that world doesn’t exist,” Pfeffer writes in Power.

Power was always the organisation’s last dirty secret, as leadership guru and Harvard professor Rosabeth Moss Kanter said 30 years ago. Pfeffer is determined to bring it out of the closet and help others learn how to obtain it and deal with it. For the last 32 years, Pfeffer has taught a course on power at Stanford-GSB. It began as Power and Politics in Organizations, but has since been renamed as The Paths to Power. Over 10 weeks, this class — described by Pfeffer as “cod liver oil” — helps purge students of their inhibitions about power. Initially, many students are uncomfortable about hankering after power. Bunkum, says Pfeffer. “Power is good for you,” he says. Why? It helps increase your influence and, thus, your ability to get things done and rise up the hierarchy. Apparently, as research by Sir Michael Marmot (author of The Status Syndrome: How Social Standing Affects Our Health and Longevity) shows, it also increases your life span.

In 2006, Pfeffer and his Stanford colleague Robert Sutton (an expert on organisational behaviour and author of The No-Asshole Rule, a cheeky 200-page guide on how to survive bad bosses) co-authored Hard Facts, Dangerous Half-Truths and Total Nonsense.  Hard Facts, one of Pfeffer’s most influential works, talked about ‘evidence-based management’, which urged executives not to be swayed by myth and hype, and to instead rely on hard evidence for taking decisions.

Pfeffer’s strength is that unlike many other management professors, he remains rooted in reality. So, while Power is about placing career before organisation, earlier books like The Knowing-Doing Gap (co-authored with Sutton) focussed on how many companies have knowledge but fail
in execution.

Coming back to Power, how does one attain it? First off, discard your belief in the ‘just world hypothesis’. Next, stop reading leadership literature. “Most leader autobiographies gloss over what they have got to get to their positions. And people don’t necessarily tell you the truth — they tell you how they would like other people to see them,” says Pfeffer. In his usual caustic style, he suggests that all books written by powerful leaders and CEOs should carry the label: “Caution: This material can be hazardous to your organisational survival”. Next, get out of your own way. Says Pfeffer, “Many people want success but when they see what’s required, they say, ‘I can’t do that’, or ‘I won’t do that’, or ‘It’s inconsistent with my self-image of myself’.”

Pfeffer advocates a Machiavellian approach to navigating the organisational hierarchy. “People need to know how to get power for themselves. They shouldn’t subordinate themselves so much to the organisations they work for,” says Pfeffer. But doesn’t that encourage ‘free agent thinking’ and eventually harm the organisation? So what, he says. Nowadays, organisations are not necessarily looking after employee interests. They will lay them off at a moment’s notice, move jobs to wherever the cheapest source of labour is and fire people who made them billions of dollars. “People need to take care of themselves. They should not expect gratitude or justice.”

If you want to succeed in the modern workplace, it’s probably time to junk your scruples. Pfeffer recommends schmoozing with the right people (even if it means sucking up to the boss like your colleague), using flattery and creating an aura of success around you.

“Myths create reality,” says Pfeffer. “If everybody thinks you are a genius, you are a genius.” But won’t that amount to ‘faking it’ and isn’t that bad? Pfeffer disagrees. “If everybody believes you are going to be successful, more talented people will want to work with you. So in that sense, perception becomes reality,” he says. But it’s also good to be liked when you are on top, which is why the path might eventually matter. What does Pfeffer think about this? “Once you have power, everybody will love you,” he says with a twinkle in his eye.

And pray, what does Pfeffer’s power strategy do to your inner moral compass? Organisations lost their souls long ago so why should employees worry, he says. Amen.

(This story appears in the 29 July, 2011 issue of Forbes India. You can buy our tablet version from Magzter.com. To visit our Archives, click here.)