Micra is the Japanese auto-maker's most exported car from India. Nissan Micra, Nissan Sunny and Datsun Go are exported to a whopping 106 countries 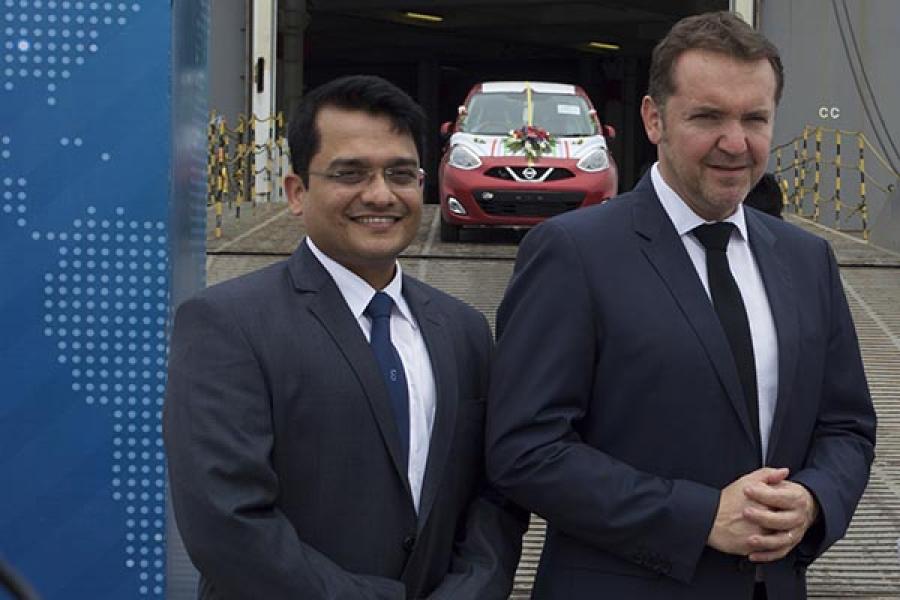 Nissan enjoys a rare distinction among the various car makers who have set up shop in India. The Japanese auto-maker exports a lot more cars than it sells domestically. In fact, it has in no time become the second-largest car exporter from India after it began exporting cars from Ennore Port on the outskirts of Chennai in 2010. Its cars — Nissan Micra, Nissan Sunny and Datsun Go — are exported to a whopping 106 countries. Nissan Micra was the largest exported car out of India in 2014. The company on Tuesday announced a significant milestone — the export of its 500,000th car - an achievement that has come about in just five years.

Exports were a key pillar of Nissan’s strategy when it, along with partner Renault, decided to make one of its largest investments of Rs 4,500 crore in a manufacturing facility at Oragadam near Chennai. "We created a huge capacity and exports ensured that we used our capacity optimally, made the cars we manufactured cost-competitive and ensured that we adhered to the best quality standards," said Guillaume Sicard, president, Nissan India operations. "What Nissan is doing in India is a good example of the 'Make in India' initiative."
Nissan has been exporting, on an average, 1 lakh cars every year for the last five years. In 2014, its exports touched 1.2 lakh cars. Nissan Micra accounts for 73 percent of the company’s exports. The cars are exported to various regions such as Europe, Middle East, Latin America, Australia, New Zealand, Asia and Africa. Europe accounts for 70 percent of the exports while Middle East is 20 percent with other regions making up for the rest.Sicard pointed out that Nissan does not export cars alone. "We export over 1,800 types of auto components to Nissan's 34 plants across 24 countries. In terms of volume, Nissan India stands second when it comes to exporting parts," he said.
Nissan’s domestic sales grew by 24 percent to 47,474 units in 2014. Sicard blamed lack of awareness for the company's continued slow growth in India. He gave the example of its Datsun brand; only 0.2 percent of the people the company interviewed were aware of the car which was launched in March 2014. Nissan has sold 23,000 units of the car since its launch.

Sicard, however, expects domestic sales to increase and over time, even overtake exports. "I would prefer slightly better domestic sales compared to exports," he said. That target is still some distance away. Till then, exports will ensure that Nissan's operations in India remain fruitful.