Notre Dame: A calamity threatening to be repeated across France 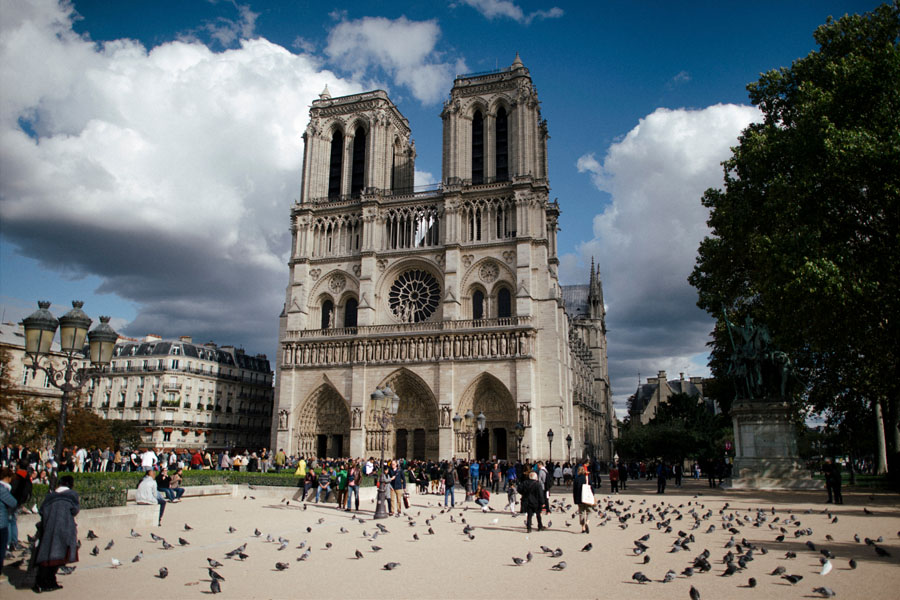 Notre Dame Cathedral in Paris, Sept. 15, 2017. The cathedral was scarred by an extensive fire on April 15, 2019, that collapsed part of its delicate spire. As billionaires’ donations to rebuild the cathedral renewed anger over inequality, the "Yellow Vest" protests in their 23rd week drew 7,000 in the French capital. (Dmitry Kostyukov/The New York Times)

Even though it was one of France’s most iconic sites, Notre Dame Cathedral suffered years of neglect and struggled to find the millions it needed for urgent renovations before it was ravaged by fire. But France is replete with tens of thousands of other historic monuments, both beautiful and burdensome, including 86 other cathedrals that are all at risk.

Such an inventory makes the fire at Notre Dame, though no doubt a singular catastrophe, one that could be repeated in ways large and small all over a country with a dazzling heritage that has proved well beyond the means of the state to maintain.

The list of disasters or near disasters by fire at the country’s historic monuments, in the last 25 years, is long — and includes notably the flames that engulfed the 17th-century parliament building in Brittany in 1994.

“We’re keeping up our heritage in a minimal manner,” said Alexandre Gady, a leading art historian at the Sorbonne. “There’s just not enough money.”

Faced with its treasure trove of monuments, the French state has essentially thrown up its hands and hoped for the best.

It spends roughly $360 million a year on these historic monuments, known in France as the patrimony, or patrimoine, barely a 10th of the Culture Ministry budget, and down 15 percent between 2010 and 2018.

That budget is up again in 2019, roughly to previous levels, thanks to a special outlay for a Renaissance château President Emmanuel Macron took an interest in, Villers-Cotterêts, which had fallen into ruin.

Some $20 million to $30 million of the monuments budget is parceled out to its cathedrals, a paltry $260,000 to $400,000 apiece. Roughly half the money goes to local governments to spend on buildings under their purview, which are about half the total.

Most of the rest are in private hands, and owners get substantial tax breaks for restoration work. Only about 4% of the buildings are owned by the state outright, as Notre Dame is.

The result is patchy at best. Every visitor to France has experienced the village church with the alluring 14th-century wall paintings, inaccessible because there is no money to hire someone to watch over them. Or the church that is perilously open and thoroughly deserted, exposing its priceless treasures to all and sundry.

The funding situation for monuments has been so desperate that last year Macron’s government launched a scratch-and-play lottery game to raise money, under the auspices of a mellifluous television personality, Stephane Bern, whose history program has done much to raise awareness of the country’s heritage in monuments.

Bern, who has been Macron’s adviser on France’s historic monuments, raised nearly $50 million last year to protect dozens of sites identified among over 2,000 considered in great danger.

“I’ve been fighting for years to say, we’ve got to protect this heritage,” Bern said in an interview. “It’s all dependent on humans, and it’s a very fragile situation.”

In an opinion piece in Le Monde this year, Bern wrote, “Everywhere, local governments can’t meet budgets to maintain or restore village churches under their purview.”

France does not have the tradition of private giving that exists in the United States. But that may be changing as a result of the Notre Dame disaster.

In less than a week nearly $1 billion has been raised for the cathedral, according to Guillaume Poitrinal of the Fondation du Patrimoine, a charity that coordinates donations for France’s historic buildings.

Before Monday’s fire the budget for Notre Dame’s restoration, almost certainly too low, was $170 million, and it was far from being in hand. Falling gargoyles and broken balustrades were the much-discussed priorities, not a modern smoke-detection system.

With tight resources and limited help from the Culture Ministry, which oversees Notre Dame and the other cathedrals, the underfinancing of France’s heritage in stone was an open secret.

“The special rapporteur is well aware that the funds dedicated to historic buildings don’t allow us to take care of upkeep and promotion of these buildings,” a report to France’s parliament stated last fall.

It is not that the French don’t care.

Where else would the government open the doors of normally closed buildings to the public for a few days each year in a ritual called the Journées du Patrimoine?

And where else would citizens patiently wait in lines that can stretch around the block, to pay their respects to, say, a magnificent 18th-century palace that houses an obscure agency?

“We’re in a country where people are extremely attached to their heritage,” said Alain de la Bretesche, president of the Fédération Patrimoine Environnement.

“You can see it in the Journées de Patrimoine,” de la Bretesche said. “Lots of people are willing to pay.”

“The problem is that the state doesn’t have the means to fund its policies,” he added.

The problem is that the government, confronting competing demands for money, has shifted its priorities elsewhere over the last 50 years.

Under Charles de Gaulle, for instance, about a third of the Culture Ministry’s budget was dedicated to the country’s historic monuments, a percentage now divided by three.

“The funds seem to me insufficient,” said Maryvonne de Saint-Pulgent, who was in charge of France’s historic monuments in the 1990s.

“The state is forced to divide its money between the buildings it owns, and those belonging to the towns,” she said. “And the list keeps growing.”