Paragbhai taught us not to get perturbed: Rajeev Thakkar 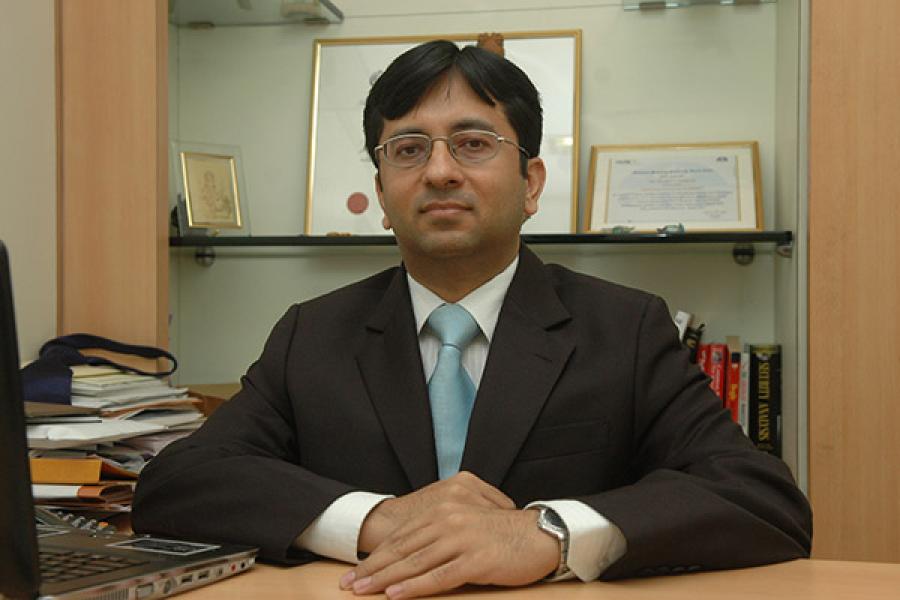 Rajeev Thakker, Director and chief investment officer of the fund

When Parag Parikh died in a car accident in Omaha, US, this month, there was speculation in the market that his firm (Parag Parikh Financial Advisory Services) will be up for sale. Some even believed that there will be a run on assets, but that did not happen. In fact, the firm is in good hands and Rajeev Thakkar is back to managing his fund.

The office is upbeat and both Neil Parikh and Thakkar want to take the Long Term Value Fund to the next level. That’s what Parag Parikh would have wanted to happen.

Thakkar, director and chief investment officer of the fund, talks to Forbes India about life after his mentor and friend Parag Parikh and his plans to take the fund forward.

Q. This accident must have come as a shock to you and your team.
This entire episode has been a personal grief to me. I have been associated with Parag Parikh for 14 years. Apart from the professional association we had, we also spent time together socially. It was a loss of a mentor and a close friend. Initially, I had a lot of concern for Geeta bhabhi (Parag Parikh’s wife who was injured in the same accident) but luckily, she is on a very good recovery path.

Q. What are some of the learnings from working with Parag Parikh?
The biggest learning is not to be perturbed by the environment and carry on. That is important. Not being governed by something that is fashionable or not being governed by what people are saying about you if you are doing the right thing. The year 2007 was one of the most challenging ones that we have faced in the recent past. We were not participating in what was hot then. Real estate, infrastructure and commodity stocks were in vogue then. We did not understand the valuations of these companies but still participated in those industries. Our under performance was severe. The markets kept on moving up and our portfolio was only marginally up. Clients started to question us and some outsiders even passed snide remarks. I had a word with Parag bhai and told him that I really don’t understand what is happening here. It was like I was incapable of valuing the real estate and infra companies and hence there was the under performance there. He told me not to worry and said as long as we are doing what we think is right, he does not care about what others are saying. By 2007, we were in this field for more than 11 years. Clients who were with us for long understood what we were doing. But clients who had come in the last 12 months became restless and wanted to redeem. Parag bhai was cool about these new clients going away. I think that is the key learning - that we need to carry on. Periodically in the marketplace, we have this craziness coming in, whether it is the dotcom boom or real estate boom or subprime, we should not get carried away. In a sense, in a family run concern, where you have that horizon where you are not worried about reporting quarterly performance to your shareholders, we have the luxury of sticking to the core. I think that is the key learning for us.

Q. PPFAS has been around for a long time. A lot of firms that were with you are now big firms. Some of them are listed as well and have become NBFCs. But at PPFAS you took a conscious call not to take that route. Can you explain why?
The roots of the firm were in the brokerage industry of the 1980s. At that time, there were various issues in terms of credit risks which people ran at a brokerage firm. There were problems like bad deliveries and fake shares. Pay in and pay outs getting elongated. All along, the focus was on risk. We never wanted to expand beyond known people. Till around the turn of the century where demat came in, T+1 and T + 2 came in, and margin systems became robust… that was the time where things became organised. Some players went for PE funding. By that time, we had this feeling that the broking industry would become a commoditised business based on pure execution. It would be a faceless organisation. So there was no charm in becoming a nationwide stock broker. Gradually that transition happened where we increasingly lost interest in the execution of brokerage and the focus moved towards managing investments.

Q. Is there a plan to take this firm to another level?
When we entered the MF space, we came with a few advantages. One was that we had a ready made client base. A new fund house would struggle getting the initial corpus in. We could get the corpus. We were profitable from the first year itself. That was the good part. Now to really scale, the mutual fund activity that we needed as an investment track record behind us is in the public space. We had a 16-year track record in the private space, but that is in the PMS business which is not tracked by external agencies in a big way.

We have completed around two years. Once we complete three years, we will have a track record. In terms of scheme design and other aspects, we have done good work. Our interests are aligned with the interests of the investors.

We are working in increasing the reach of the fund. We are clear that we don’t want to grow assets by selling what is fashionable or by misselling. We are not in the close-ended products where you give high commissions. In the current volatility, where index has fallen by around 10 percent, a balance of international stocks helped us ride the volatility. We have a story to tell and we will reach out to investors.

Q. In terms of ranking, the Long Term Value fund is now in the fourth quartile.
We are not in the fourth quartile. Let’s look at the Moneycontrol.com report. For the last one month, we are ranked 71, one year we are 95 and for the two-year period our rank is 75 out of 244 diversified equity schemes. Sometimes some people classify us in the small and midcap segment. They are ignoring our international investments which are 25 percent. These are mega caps. These companies are bigger than the biggest Indian companies. In the last 12 months, the small and midcap funds have had a run up and when we are compared to these funds, the distortion comes in. We should be classified as diversified equity scheme.

When you are a minority shareholder, the decisions that promoters take are of utmost importance to you. They pay themselves excessive salaries and give liberal stock options and merge loss-making units with the listed company. Intrinsic value doesn’t have any meaning in such cases.

Q. This was a firm owned by Parag Parikh. Now that he is not there, there are rumours that the company will be up for sale or there will be a run on assets.
The run on assets is something I will address first. Today, the AUM of the firm is higher than what it was before his accident. There would be some increase in NAV at the margin, but on a net basis, there has been no redemption. It is a factual statement and there is no ambiguity about it. A lot of clients are with us for 15 years. Parag Parikh was, of course, very important to the company. He was the founder. But he was not running the fund on a day-to-day basis for more than a decade.

He left fund management in 2003. My team and I have been looking at the investment on a day-to-day business. The company is capitalised at Rs 42 crore as of now. We still have two years’ time to meet the Rs 50 crore capital requirement which is not an issue. Parag Parikh's younger son Neil has been with the company since 2004. He is very passionate about investment management and has been working in this firm for a long time. Neil will be the CEO of the company and I will continue to be the CIO and the fund manager of the company.