Opinion: History will not be kind to those who did nothing to try to stop Beijing's human rights abuses 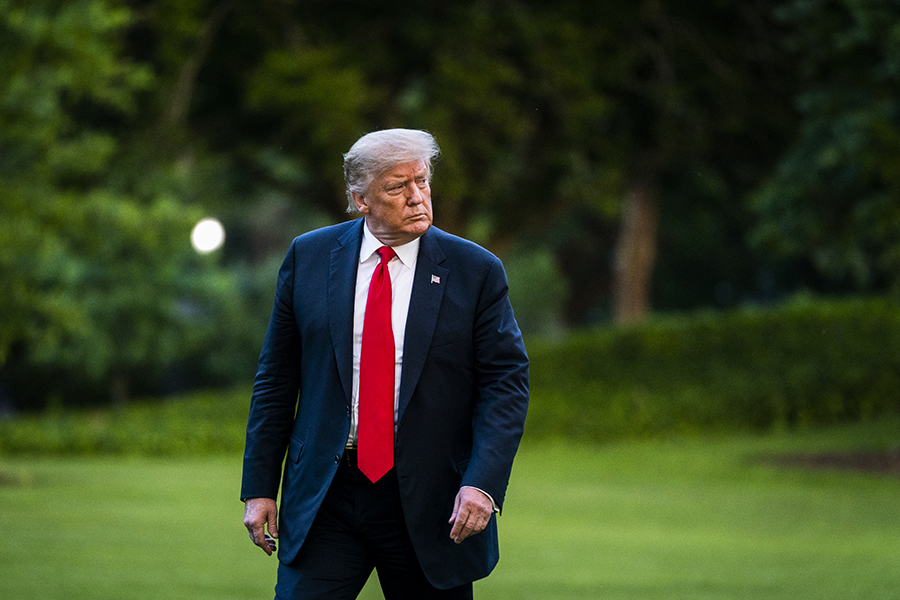 Much of the focus on China in recent months has been over the coronavirus that originated there late last year. But that has hardly slowed Beijing’s assault on fundamental freedoms and human rights, from the brutal repression of the Uighurs to choking off Hong Kong’s limited autonomy. Congress has acted with admirable alacrity and unanimity to pass tough bills allowing for the imposition of sanctions against the Chinese officials and enterprises behind these outrages. It is now for President Donald Trump, who has shown little enthusiasm so far for tangling with President Xi Jinping over human rights, to use the tools that Congress has placed at his disposal to show Beijing that its transgressions have consequences. The new national-security law for Hong Kong is the most current and most publicized example of Xi’s repressive, nationalistic policies. The measure severely erodes Hong Kong’s civil and political freedoms, undermining the “one country, two systems” model that China pledged when the British colony reverted to Beijing’s rule in 1997. One of the first arrests under the new law was of a protester with a pro-independence flag, the display of which is now a criminal offense. As a result, a bipartisan push is now underway in Congress to grant refugee status to certain Hong Kong residents. But while Hong Kong has garnered the most attention in the West, it is hardly the sole, or even the worst, of the Chinese government’s systemic violations of elemental human rights. These are among other recent developments: — A new report from the Jamestown Foundation has exposed chilling details of official measures to shrink the Uighur population, including sterilization and forced abortions. The report by Adrian Zenz, a leading authority on the mass detention of Uighurs in prison camps, found that while China has long sought to manage its vast population, the draconian controls in the Western region of Xinjiang were intended “to suppress minority population growth” while boosting the majority Han population through increased births and migration. Natural population growth in the region, the report found, had “declined dramatically.” — On Wednesday, U.S. Customs and Border Protection officials in New York announced that they had seized a large shipment of weaves and other beauty products that officials suspect were made out of human hair from people locked inside the Xinjiang camp system. “The production of these goods constitutes a very serious human rights violation, and the detention order is intended to send a clear and direct message to all entities seeking to do business with the United States that illicit and inhumane practices will not be tolerated in U.S. supply chains,” Brenda Smith, a customs official, told The Associated Press. An American government advisory issued Wednesday warned companies that they risk “reputational, economic, and legal risks” from doing business with companies that used Xinjiang forced labor. — More than 50 independent United Nations experts signed a statement last week charging that their repeated efforts to communicate their alarm to Chinese authorities about the suppression of democracy in Hong Kong, the collective repression of religious and ethnic minorities, excessive use of force by the police, detention of human rights defenders and other violations have been systematically rejected, and requests for investigations dismissed. The group called for the U.N. Human Rights Council to evaluate their charges, and the establishment of an independent mechanism to monitor the human rights situation. — Researchers at Lookout, a San Francisco mobile security firm, reported Wednesday that China’s massive surveillance efforts in Xinjiang, which have expanded to include measures like collecting blood samples, voice prints, facial scans and other personal data, began as early as 2013 with a hacking campaign that planted malware into the cellphones of Uighurs and Tibetans around the world. Last Thursday, the Senate adopted by unanimous consent a bill that would impose sanctions on Chinese officials, businesses and banks involved in the assault on Hong Kong’s limited autonomy, and it is expected to sail through the House of Representatives. The week before that, Trump signed the Uighur Human Rights Policy Act, a bill that would potentially impose sanctions on Chinese officials over the prison camp system. The reaction from China was the usual bluster about “fabricated” or “fake news” and threats of “countermeasures.” Trump’s commitment to using these tools of statecraft to change China’s behavior, however, is uncertain. In a signing statement accompanying the Uighur bill, the president said he would treat it as “advisory and nonbinding.” The day he signed the act was also the day excerpts from John Bolton’s tell-all book about his stint as national security adviser appeared, with his accounts of Trump’s reluctance to let China’s human rights transgressions get in the way of the trade deal he has long sought. Bolton recalls that at the opening dinner of the G-20 meeting in Osaka, Japan, in 2019, Xi explained to Trump why he was building camps in Xinjiang. “According to our interpreter,” Bolton wrote, “Trump said that Xi should go ahead with building the camps, which Trump thought was exactly the right thing to do.” Still, the unanimous, bipartisan support for these bills, and Trump’s signature on them, even if unenthusiastic, are an appropriately direct and clear signal to China that its behavior is contemptible and will have serious consequences. What remains is to make sure it does.