Subscriber base falls by further 4.2%; the company acknowledges cause for concerns and warns of impact of AGR case 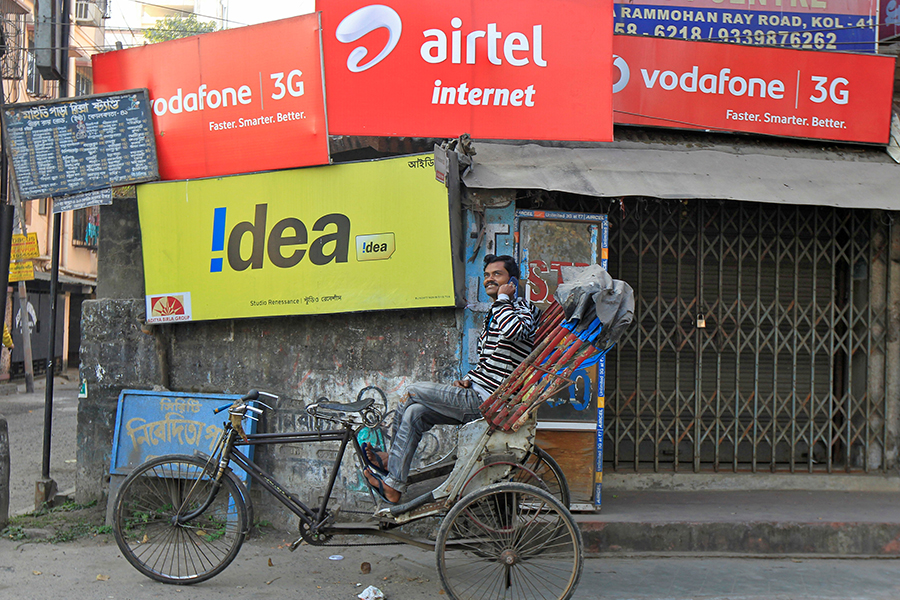 Vodafone Idea, India’s third largest telecom service provider by subscribers, reported a consolidated net loss of Rs 11,643.5 crore in the quarter ended March, and a massive Rs 73,878 crore loss for FY20. This is the seventh successive quarterly loss it has suffered, as its subscriber base continues to fall and one-time dues are owed to the government. Vodafone Idea shares closed down 4.25% at Rs 10.15 at the BSE, after the earnings.
The company has acknowledged that its ability “to continue as a going concern is essentially dependent on a positive outcome” of the payment of the adjusted gross revenues (AGR) case, which is being heard by the Supreme Court. Vodafone has recognised the total estimated liability to be at Rs 46,000 in license fee, spectrum usage charges (SUC), interest and penalties, which it owes to the Department of Telecommunications (DoT).

The government, however, estimates the dues to be higher at Rs 58,250 crore. “The above factors indicate that material uncertainty exists that cast significant doubt on the company’s ability to continue as a going concern and its ability to generate the cash flow that it needs to settle/refinance its liabilities and guarantees as they fall due,” Vodafone Idea said in its financial results statement filed with the stock exchanges. The company has already paid up Rs 6,854 crore. The court case is set for a hearing in the third week of July. The total income for the company was flat at Rs 11,920 crore. Its subscriber base fell further to 291 million in March from 304 million in December 2019. The average revenue per user (ARPU), a key matrix, rose to Rs 121 for the March-ended quarter compared to Rs 109 in the previous quarter, led by the prepaid tariff hikes effective from December 2019. Vodafone Idea is battling to try and retain market share—which it has been constantly losing—since the merger between Vodafone India and Idea Cellular in 2018. Reliance Industries’s wholly owned subsidiary Jio Platforms is now the leader with a near 33 percent market share of wireless subscribers, followed by Bharti Airtel with 28.35 percent and Vodafone Idea with 28.05 percent, according to official regulatory data in end-February. State-run BSNL has a 10.3 percent share. In the past eight weeks, Jio Platforms has emerged as a favourite of global investors, with Facebook and nine other technology giants—Silver Lake Partners, Vista Equity, General Atlantic, KKR, Mubadala Abu Dhabi, TPG, L Catterton, Abu Dhabi Investment Authority (Adia) and Saudi Arabia’s wealth fund Public Investment Fund (Pif)—announced 11 separate investments into Jio Platforms. Nearly a fourth—24.7 percent—of Jio has been sold to these investors for a combined total of Rs 115,693.95 crore (around $15.5 billion). (RIL is the owner of Network 18, publisher of Forbes India.) The Vodafone Idea merger is nearly complete (92 percent of its network integration is complete). The company has also decided to consolidate its pan-India presence of 22 circles, which have been clubbed into 10 clusters. Telecom analysts say the company will need to focus on these clusters—where in some areas it is the leader—and try to ebb the loss of subscribers by investing more in 4G network.

Tweets by @forbesindia
Trump-Twitter spat: Sovereignty or fundamental rights?
President Trump has tools to pressure China. Will he use them?