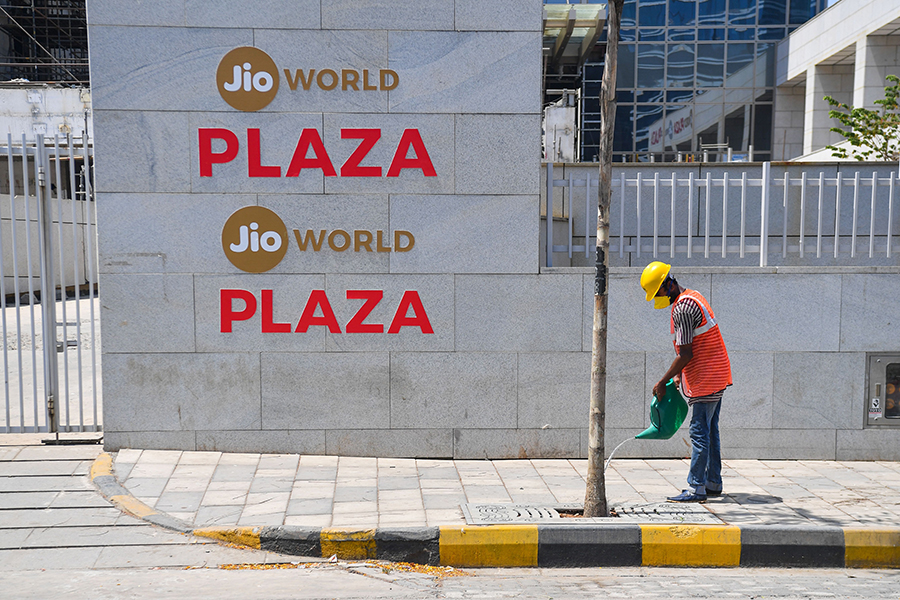 Image: Indranil Mukherjee/AFP via Getty Images​
After recent investments by Facebook and Silver Lake, Jio Platforms has now signed on Vista Equity Partners as it embarks on its next phase of growth. The deal takes the parent, Reliance Industries, one step closer to its aim of becoming a zero net debt company by March 2021.

Vista Equity Partners, which specialises in technology investments, will invest Rs 11,367 crore for a 2.32 percent stake in Jio Platforms. The deal is 12.5 percent premium to the price Facebook paid for a 9.99 percent stake in Jio Platforms but at about the same price Silver Lake paid for its 1.15 percent stake. With this, Reliance Industries has raised a total of Rs 60,596.75 crore in exchange for a 13.46 percent stake in Jio. While the Facebook deal spoke about the possibilities of expanding Reliance’s retail service, Jiomart, the deal with Vista Equity Partners only contained broad hints of how the two could partner. “We are excited to leverage the professional expertise and multi-level support that Vista has been offering its investments globally for the benefit of Jio.” Vista Equity Partners has a track record of successfully running technology companies; it is a majority owner in Accelya Solutions Limited, an India-listed airline software services company. Since the Facebook deal was announced, Reliance Industries has gained about 24 percent to Rs 1,547 a share, taking its market capitalization to Rs 980,000 crore. This compares to a 1.2 percent gain in the Sensex during the same period. Analysts have now started pricing the business as a company with a strong technology core. 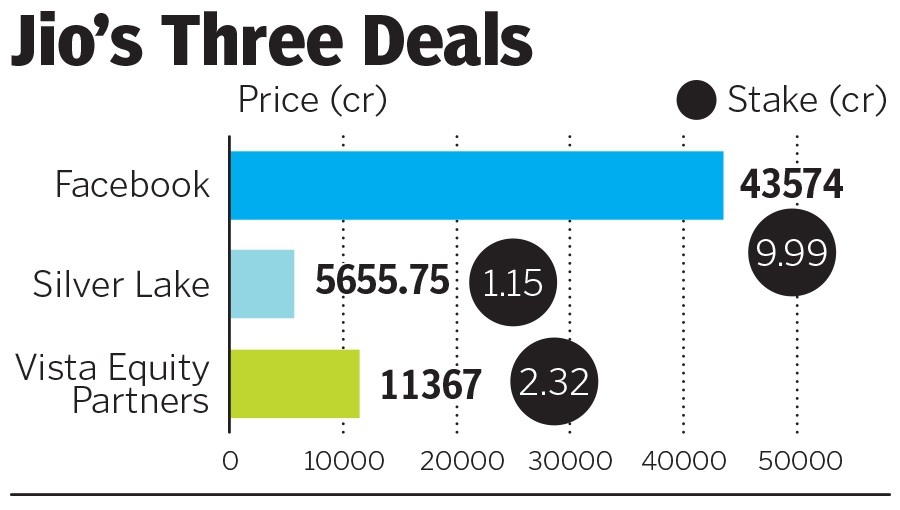 The contribution to EBIDTA from its legacy oil and petrochemical businesses has declined from 85 percent in 2015 to 60 percent in 2020. Reliance Industries has also overtaken Tata Consultancy Services, which trades at a market cap of Rs 718,000 crore. In the last four quarters, Jio has seen a steady increase in both EBIDTA and net profit. In results announced on April 30, Jio reported a near trebling in net profit for the last quarter of the financial year ended March 2020 to Rs 2,331 crore. The company has also saw quarterly EBIDTA rise 43 percent to Rs 6,201 crore. The deal values the company at about 21 times FY20 EBIDTA or about twice the value of its rival, Bharti Airtel. Jio’s average revenue per user declined 1.8 percent to Rs 130.6, compared to the same quarter last year—pointing to the fact that the tariff hikes have either seen consumers downtrade or that consumers had recharged before the hikes became effective in the first week of December 2019.