The deal by the global technology investor in the Reliance-owned company is at a 12.5 percent premium to the price that Facebook paid to acquire 9.9 percent in Jio Platforms 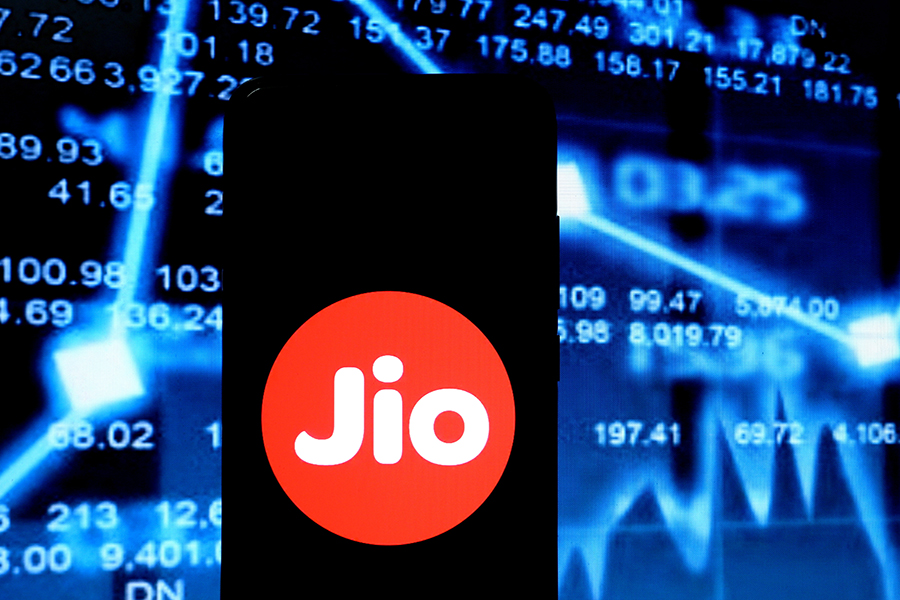 Image: Avishek Das/SOPA Images/LightRocket via Getty Images
A large investment by Facebook in Jio Platforms has been followed up by a smaller one by Silver Lake, a global technology investor, affirming the long growth runway the company has—as well as taking its parent, Reliance Industries, a step closer to becoming a net debt free company. The deal announced, on May 4, is at a valuation higher than Facebook’s investment. Silver Lake will invest Rs5,655.75 crore ($750 million) for a 1.1 percent stake in Jio Platforms at an enterprise value of Rs5,15,000 crore. This marks a 12.5 percent premium over the price Facebook paid for a 9.9 percent stake, at a price of Rs43,574 crore.

Unlike Facebook, where the two companies spoke about possibilities arising from using WhatsApp and JioMart, the investment by Silver Lake could be a purely financial one. In a press release, Reliance Industries chairman Mukesh Ambani spoke about leveraging, “insights from their global technology relationships for the Indian Society’s Digital transformation.” Silver Lake said it was attracted by the low-cost digital services that Reliance Industries had provided, along with the enormous market potential of India. In results announced on April 30, Jio reported a near trebling in net profit for the last quarter of the financial year ended March 2020, to Rs2,331 crore. The company has also saw quarterly EBIDTA rise 43 percent to Rs6,201 crore. The deal values the company at about 21 times FY20 EBIDTA or about twice the value of its rival Bharti Airtel. The average revenue per user declined 1.8 percent to Rs130.6 compared to the same quarter last year, pointing to the fact that the tariff hikes have either seen consumers downtrade or that consumers had recharged before the hikes became effective in the first week of December 2019. Over the last 10 trading sessions since the Facebook deal was announced, Reliance Industries has gained 14.8 percent to Rs1,452 a share, adding Rs135,000 crore to its present market capitalisation of Rs917,000 crore. This compares to a 0.9 percent gain in the Sensex during the same period. Analysts have now started pricing the business as a company with a strong technology core​. The contribution to EBIDTA from its legacy oil and petrochemical businesses has declined from 85 percent in 2015 to 60 percent in 2020.

The Deal Math   Disclaimer: Reliance Industries is the owner of Network 18, the publisher of Forbes India