Suresh Prabhu, like his predecessors, has laid down a grand plan to restore the organisation's greatness but the challenge has always been in delivering the promises. Can he do it any differently? 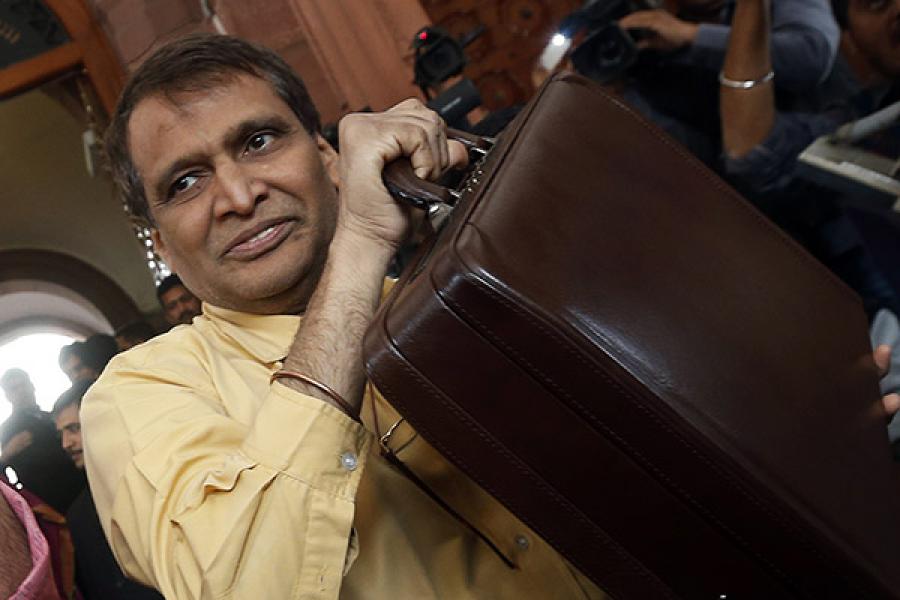 Listening to railway budgets over the years always gave the impression that the ministers presenting them are great reformers. In fact, one of them, Dinesh Trivedi (in 2012), even lost his job for being one. The latest budget presented by railways minister Suresh Prabhu on Thursday was no different. It had four goals, five drivers (of change) and 11 major thrust areas to “restore railways as the backbone of India’s transportation infrastructure”. But many reformist budgets notwithstanding, Indian Railways’s finances continue to be precarious and safety record patchy. It is in this context that Prabhu’s budget is found wanting. The expectation from a reformist minister was more on the specifics rather than a broad vision.

While acknowledging that the railways, on account of chronic under-investment, suffered from inadequate capacity augmentation, poor safety and service levels, the minister vowed to put an end to this vicious cycle. He has set four goals for himself–deliver sustainable and measurable improvement in customer expectation, safer railways, capacity augmentation and modern infrastructure, and most importantly, making railways financially sustainable.

He said Rs 8.5 lakh crore was required over the next five years to augment capacity. But where this money will come from was not spelt out, though the minister indicated that he will not opt for the easy way–budgetary allocation. The options available with the minister then are internal accruals, public-private partnership and funding from multilateral institutions.

The internal accruals have been on the decline for years now. The surplus which railways generated in 2007-08 was Rs 11,754 crore, but it had declined to as less as Rs 602 crore in 2013-14. Sparing the passengers of any hike is not going to improve the surplus that the organisation generates, though it will benefit from lower fuel costs to an extent. But the freight rates have been hiked across the board despite falling volumes. Transporting foodgrains will cost 10 per cent more, coal (6.3 percent), cement (2.7 percent) and urea (10 percent). The minister has budgeted a Rs 4,000 crore increase from the higher freight rates. But what he has not factored in is the potential shift of more freight in favour of the road sector which is today benefitting from low diesel prices

It is clear that the minister is banking on the private sector in a big way. He has promised to come out with a model PPP agreement that should draw investors, but this is an untested area.

The corporate world has welcomed the thrust for the private sector. “Initiatives like a larger role of the private sector in station upgradation, rolling stocks and bulk transportation would go a long way in making RGE railways efficient,” Assocham’s president Rana Kapoor said.

But past experience has not been very positive for corporate India. So the minister plans to build confidence by working with public sector companies first and create the necessary conditions for the private sector to follow. Multilateral funding is another source he would dip into.

By preferring to focus on increasing capacity in the available congested network, he is hoping to not only avoid land acquisition issues but also reduce time and costs. The surplus this investment will generate will be deployed in expanding rail connectivity to other parts of the country. Not much was said about the dedicated freight corridor.

Setting up of the Transport Logistics Corporation of India–an end-to-end logistics provider–is a welcome move that will enable railways to add value to its freight operations. It sits on large tracts of unused lands that can be used to construct warehouses, etc. So is his plan to audit operations of all trains from cost and profitability points of view. It is another matter altogether whether politics would allow him to withdraw trains that turn out to be unviable.

What Prabhu has done differently though is that unlike other railway ministers before him, he has refrained from announcing any new trains in his speech. If he has to lift Indian Railways from its morass, he has to do a lot more things differently and take bold (sometimes politically difficult) decisions which his predecessors failed to do. Otherwise his budget speech next year will carry much less credibility.