Risks and Opportunities for Upcoming Banks

This is a tough time to start a new bank. And that is good 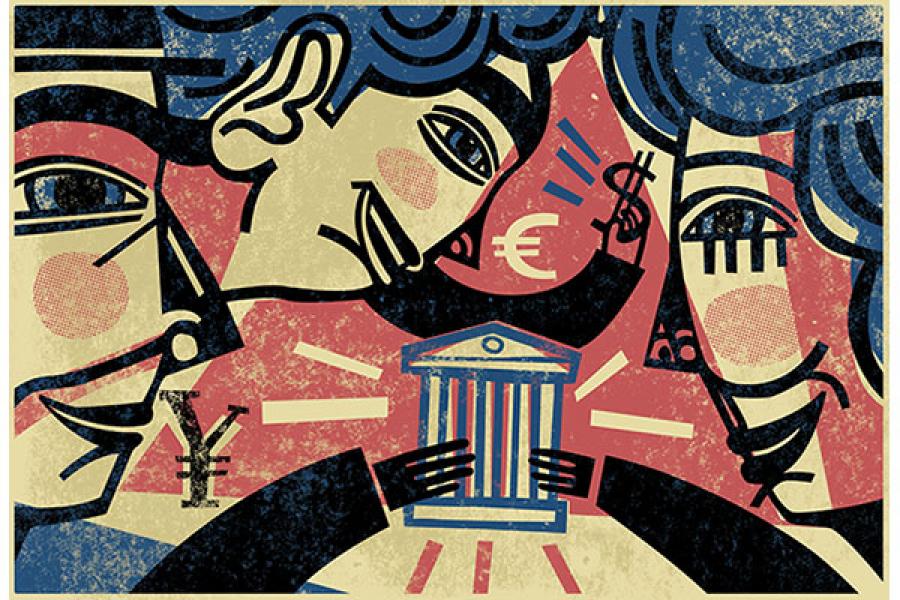 It has been almost a decade since the Reserve Bank of India handed out a new bank licence. YES Bank was the last to get one, in 2004. Now, the RBI has invited applications to set up new banks. Despite its stiff conditions, many serious contenders, such as Religare, Aditya Birla Nuvo, Mahindra & Mahindra Finance, Shriram Transport, IDFC, L&T Finance and former Infosys finance man Mohandas Pai, are expected to apply. It is perhaps a good time to think of a new bank because it is one of the worst times for the industry—a period of learning and correcting.

The National Stock Exchange’s Nifty banking index, a barometer of banking company stocks, has risen 50 percent in the past one year, belying general economic performance and expectations from the banking business. It has risen at twice the speed of the diversified Nifty, an indicator of the broader economy, and has been the fastest growing sector index throughout the year. What’s baffling is that the index remained upbeat while the general health of banks fell. Bad assets have risen and return on assets (RoAs) has been slipping. The manufacturing sector has been in the dumps and investments have slowed to a trickle.

“The banking sector is the largest constituent of India’s total market capitalisation at around 25 percent,” says Ajay Bodke, head of investment strategy at Prabhudas Lilladhar, a broking house.

“An unprecedented avalanche of global liquidity flowing into emerging markets in general, and India in particular, was responsible for the strong growth of the sector in the Indian markets,” he added.

A lot of cash has flowed into India, especially after the government renewed a commitment to push much delayed reforms in September. Portfolio investors brought in around $25 billion in 2012 and $8 billion in the first two months of 2013, fuelling stock prices, especially those of banking shares.

There is expectation in stock and debt markets that the RBI, which considers inflation as its primary enemy, will cut interest rates over the next year as prices ease. This will help boost banks’ investment portfolio of securities, mostly government debt, that carry high interest rates. When interest rates fall, demand for government securities with higher interest rates goes up, offering a chance to make bigger profits. Lower interest rates will also help companies refinance high-cost debt, making them healthier and less likely to default. A full recovery will be long drawn though, some reckon.

Rating agency Standard & Poor’s (S&P) says that the asset quality of Indian banks will likely remain weak in 2013-14 and improve only in fiscal year 2015. Quality of earnings will be stressed and bad loans are expected to rise to 4.4 percent before falling, it said in a recent report.
e $3 billion to $4 billion capital to comply with Basel III guidelines.

“We see FY 2014 as a challenging year for the banking sector. NPAs will be high, and RoAs will be subdued at around 0.9 percent,” says Geeta Chugh, primary credit analyst, S&P. RoAs are expected to improve by 1 percent after 2015.

The scenario should make new entrants into the sector cautious and prudent. The RBI’s terms are tough for good measure. It requires potential bankers to open at least a quarter of their branches in unbanked rural areas. They are also expected to have large capital bases. Such tough conditions can force the new banks to have top-notch processes and systems. They would also be forced to be innovative in their approach and products. 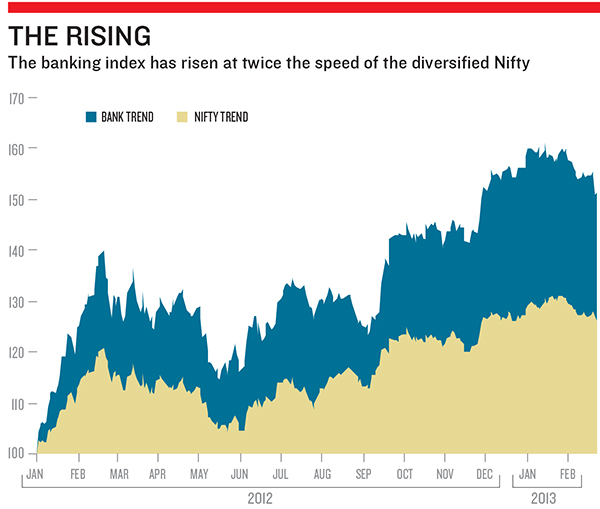 “In the business of banking, you cannot be in Formula One,” Rana Kapoor, founder and CEO of YES Bank, told CNBC-TV18 after RBI announced the new norms. “There are too many twists and turns.” Kapoor also said new banks will have to have differentiated business and financial models. “It is a very high road for any new private sector bank.”

Even though banking stocks have risen, the sector index trades at a price-to-book value lower than the Nifty’s. Bank shares are compared at the book value levels because of their investments that get directly reflected in the balance sheets. Many investors feel that the valuations are still in their favour.

“If India’s economy has to grow by 8 percent then the banking industry has to grow by at least 8 percent. Else the economy cannot grow. There is a tremendous opportunity for the banking sector in the Indian market and institutional investors are aware of that,” says a fund manager.

Even though the sector has gone up by 50 percent, many expect well managed banks’ shares to continue to rise. It won’t be surprising if the banking index continues to be one of the best performing indices. Very few sectors can match the action this sector will witness over the next few years.