At one excruciatingly awkward moment, he stumbled over a poorly worded question about who was president when he served as a top federal prosecutor in 1986 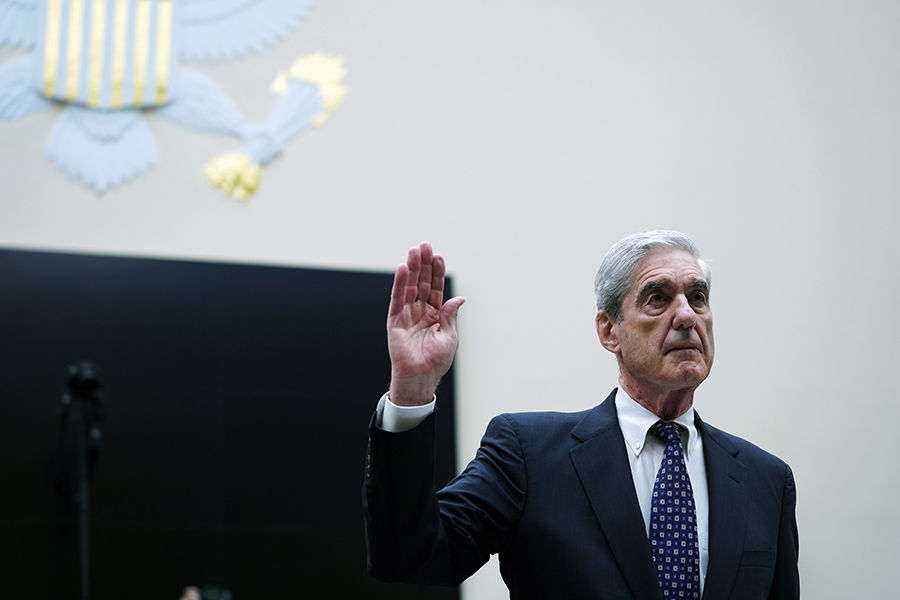 WASHINGTON — Soon after the special counsel’s office opened in 2017, some aides noticed that Robert Mueller kept noticeably shorter hours than he had as FBI director, when he showed up at the bureau daily at 6 a.m. and often worked nights.

He seemed to cede substantial responsibility to his top deputies, including Aaron Zebley, who managed day-to-day operations and often reported on the investigation’s progress up the chain in the Justice Department. As negotiations with President Donald Trump’s lawyers about interviewing him dragged on, for example, Mueller took part less and less, according to people familiar with how the office worked.

That hands-off style was on display Wednesday when Mueller testified for about seven hours before two House committees. Once famous for his laserlike focus, Mueller, who will turn 75 next month, seemed hesitant about the facts in his own 448-page report. He struggled at one point to come up with the word “conspiracy.”

At one excruciatingly awkward moment, he stumbled over a poorly worded question about who was president when he served as a top federal prosecutor in 1986, apparently assuming the questioner meant his subsequent Justice Department post.

“He didn’t have the fight in him that he used to have,” said Glenn Kirschner, who worked with Mueller as a homicide prosecutor in the mid-1990s.

Mueller delivered a stronger performance in the afternoon, when the questioning focused on Russia’s interference in the 2016 election instead of whether the president had obstructed justice, noted John Pistole, a former deputy FBI director. Mueller called forcefully for the government to do more to combat Russia’s continued efforts to meddle in U.S. elections.

Still, Pistole acknowledged, he was not “as precise as he was in his dozens of previous appearances as director.”

For Mueller’s many Democratic and Republican fans, who revere his long, scandal-free record of public service, the testimony was sometimes painful to watch.

“This is delicate to say, but Mueller, whom I deeply respect, has not publicly testified before Congress in at least six years. And he does not appear as sharp as he was then,” David Axelrod, a former top Obama White House strategist while Mueller was still serving as FBI director, wrote on Twitter.

Asked for comment, Sen. Lindsey Graham, R-S.C., ticked off Mueller’s many accomplishments as a Vietnam War hero, a federal prosecutor and FBI director in the aftermath of the Sept. 11 attacks. “This hearing should not be the judge of his service to our country,” Graham said somberly.

“Bob Mueller has served this country well and honorably,” said Sen. John Kennedy, R-La., who said he had watched about 30 minutes of the morning hearing before the House Judiciary Committee. “I hope this isn’t the American people’s last memory of him.”

Mueller’s halting delivery stood out all the more given his towering reputation for command of facts and physical stamina — the stuff of lore among his former aides and colleagues.

While in the hospital recovering from prostate surgery in 2001, Mueller had a top FBI official deliver briefing books for him to read in bed, according to a book about his FBI tenure by Garrett Graff.

At the end of a long trip abroad in the mid-2000s, Mueller hopped off the plane while a colleague, 20 years his junior, was carried off on a stretcher to be treated for severe fatigue. “He had the greatest stamina of anyone I’ve ever worked for,” said Matthew Olsen, Mueller’s former special counsel at the FBI.

Over the years, aides marveled to reporters about how Mueller managed to simultaneously grasp details and stay focused on the big picture. In 88 previous appearances before Congress, he studiously managed to avoid political fights while keeping overly inquisitive members at bay in exchanges that have become famous for how little he managed to say.

Mueller hewed to that pattern with House members Wednesday, brusquely dismissing some questions out of hand and refusing to engage when they tried to bait him into delivering conclusions beyond those in his report.

Nonetheless, he was unmistakably shaky. Roughly 15 times, he asked for a question to be repeated. He repeatedly said, “If it’s from the report, yes, I support it” — a line that seemed to suggest that he did not know what the report actually said.

He seemed to struggle to complete his sentences and not always because he had been interrupted. 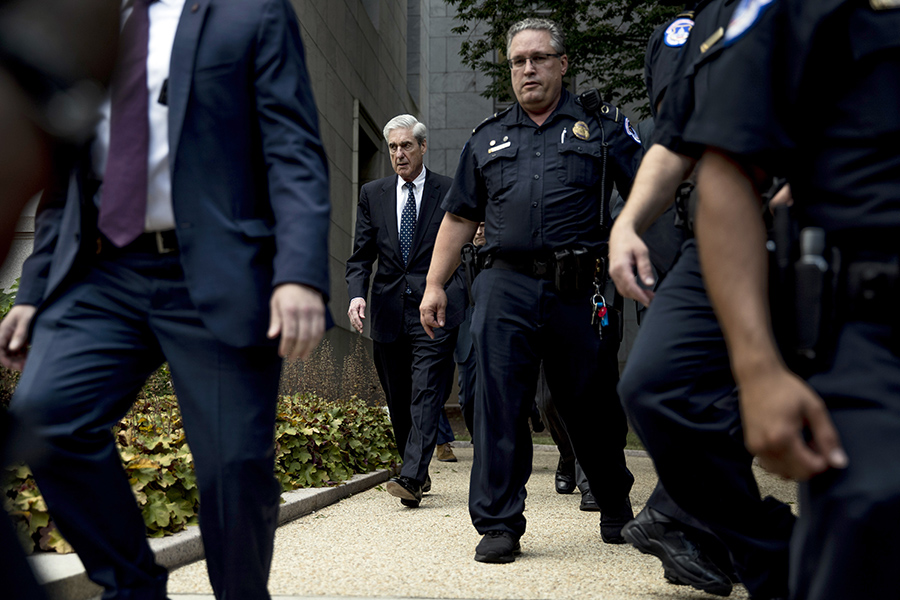 What effect, if any, his performance might have on the American public’s opinion of his investigation is far from clear. According to a poll released by the Pew Center this week, nearly two-thirds of Americans — including, for the first time, a majority of Republicans — say they are confident that Mueller conducted a fair investigation.

Had Mueller delivered a commanding performance — even if he said little — he might have cemented that impression. Instead he may have ignited a whole new set of questions about whether he was too old for the job he took on, whether he delegated too many decisions to his top deputies and whether he was reluctant to testify because he was not up to it.

In fact, those suspicions already had some currency. In Senate testimony this year, Attorney General William Barr suggested that in a March 5 meeting, Mueller did not clearly articulate his reasoning about why he declined to decide whether Trump had committed a prosecutable crime.

Trump lost no time proclaiming that Mueller was out of touch with his own inquiry. “He didn’t even know what was going on,” the president declared just hours after Mueller left the witness stand dressed in his trademark white button-down shirt and dark suit. “I think Robert Mueller did a horrible job both today and with respect to the investigation,” he declared.

It is unlikely that Mueller’s team will rush to his defense. For the past two years, not one of them has responded to attacks by Trump and his allies.

The team’s loyalty to Mueller, who insisted on a leakproof operation, remains deep. Little has emerged about the inner workings of the special counsel’s office even in the weeks since the team disbanded in May.

But what has dribbled out suggests that Mueller’s wobbly performance might not have come as a surprise to his subordinates.

The calendars of one of the team’s top prosecutors, Andrew Weissmann, suggest that he met infrequently with Mueller, apart from a daily 5 p.m. staff meeting, which typically lasted 45 minutes.

Instead, the calendars cite Zebley’s initials 111 times, often next to “team leader” meetings, suggesting he may have led them.