'Society has run out of patience with economic transgressions'

But often such transgressions are committed by employees due to their unconscious biases, says Jean-François Manzoni of Swiss business school IMD 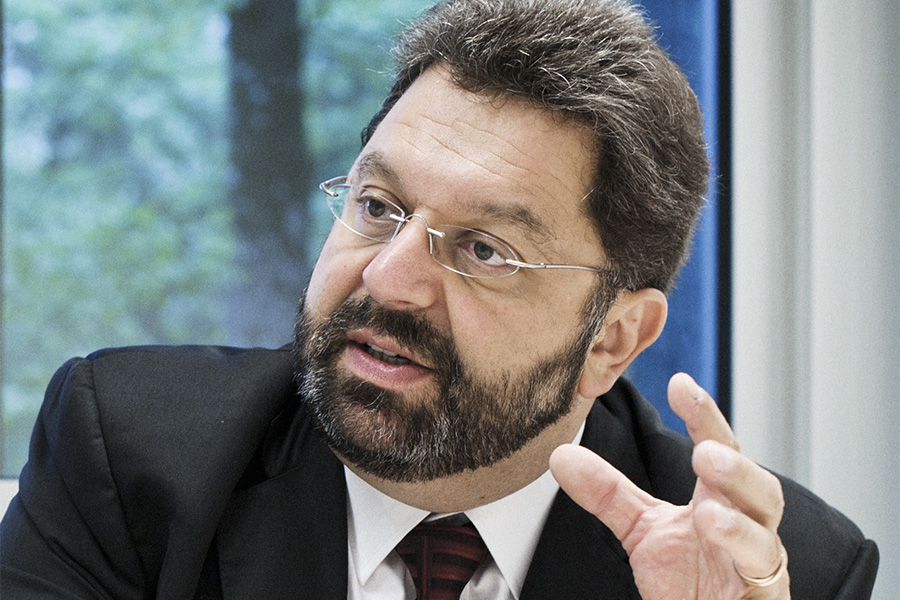 More than ever before, the lens on business corporations, their corporate governance standards, and incidents of divergence from such governance norms is sharper at present. Technology, manifested through platforms like the Internet and social media in particular, have played a major role in facilitating seamless and real-time flow of information. Such technological advances, coupled with growing frustration of the masses who feel cheated when a privileged few make unlawful gains worth millions of dollars, and increased government scrutiny world over have helped fix accountability and bring to book the perpetrators of such economic wrongdoing.

As Jean-François Manzoni, president of Swiss business school IMD and the Nestlé Professor of leadership and organizational development, says: “It isn’t any longer a question of if the law will catch up, but when.”

But very often, employees of corporations commit such acts of transgression due to their unconscious bias towards either greed or fear, followed by an attempt at instant rationalization of their acts to avoid cognitive dissonance, which in psychological studies relates to the mental discomfort experienced by a person who holds two or more contradictory beliefs or ideas or values simultaneously, Manzoni explains.

Rather than adopting a carrot-and-stick approach to get employees to adhere to a set of guidelines governing ethical conduct, training employees to identify such biases and the moments when they are at the verge of committing such transgression, is a more effective method of ensuring high corporate governance standards, Manzoni told Forbes India during an interview.

Manzoni, a French and Canadian citizen to holds a PhD from Harvard Business School, also observed that the recent imbroglio at Tata Sons, involving its ousted chairman Cyrus Mistry on one hand, and other Tata Sons directors and the Tata Trusts on the other, was likely to serve as a case study of how to approach CEO succession at organisations.

Edited excerpts:
Q. How is the corporate governance landscape evolving globally?
Each country has its own corporate governance practices that aren’t always comparable, but largely we observe that there is an increasing focus on transparency, ethics and compliance. Some of the developments that are unfolding are quite bewildering. In Switzerland, though banks are still not required to disclose such information to government authorities, many account holders are voluntarily reporting offshore accounts they hold with Swiss banks to the authorities. These people have realized that it isn’t a question of if the law will change, but at what speed.

Evidence is growing that practices like backroom deals are ineffective and inefficient from an economic point of view. Also, society has run out of patience. Today, if any misdeed come to light, it is out on the Internet in a flash, reaching millions of people who read about it. So society has a lot less tolerance for these kind of malpractices.

Q. Despite the increased focus on corporate governance standards, corruption at organisations around the world is being reported and millions of dollars are being paid in fines. Isn’t that an ironical dichotomy?
If we take into account a bank that has 50,000 employees around the world, it is unrealistic to assume that all 50,000 will be angels. Given the regulations governing financial services companies and the incentives promised to achievers, there are always going to be individuals who will be tempted to transgress. And that is why, globally, organisations invest to put in place control systems to try and prevent or detect transgressive behaviour. Individuals transgress for two fundamental reasons – greed or fear.

What we have learnt over the last few years through research is that in a lot of cases the transgression happens unconsciously. Even well-intentioned people have unconscious biases that lead them to behave in a certain way and do certain things. After committing an act of transgression, cognitive dissonance sets in since the perpetrator knows what he has done is wrong. To do away with such mental stress, a process of instantaneous rationalization kicks in, where the transgressor seeks to justify his actions.

The danger with ethics and compliance programs to check such behaviour is that it ends up creating more rules and regulations and leads people to try and find ways around them. What we need is to train people to identify their biases and very few companies invest in such programs. Training them in this area is the best way to deal with this problem, since you cannot manage what you are not aware of.

While Mistry was given the mandate to do what is best for the business house, his attempt at undoing many of the strategies that his predecessor had put in place may not have been well-received. This isn’t a situation typical only to Tata Sons and has occurred in many companies around the world when it comes to leadership succession. We advise the incoming CEO to be mindful of the competing commitments – the desire to see the new CEO take the business to greater heights and the disappointment at seeing his legacy being dismantled – that the outgoing leader experiences. One way for Mistry to avoid this situation could have been to involve Ratan Tata more than he may have, as he went about driving changes in the group.

Q. How is the situation at Tata Sons different from the spat between the founder promoters of Infosys and the current management, according to you?
The points of difference between the founders and current management of Infosys pertain to issues like alleged excessive severance pay given to a former executive and those are corporate governance issues that the board needs to look into. As a shareholder, NR Narayana Murthy can call in an opinion at the next shareholder meeting. But when the founder of the company, who is also a public figure raises these issues on a public forum, it is bound to get a lot of airtime. But that may not be the most optimal solution. Infosys’ board of directors and the management need to sit down with the founders have a deeper engagement with them. If you involve people in the decision-making process and can convince them that a transparent process has been followed to arrive at the outcome, it will be more acceptable to the people concerned.

Tweets by @forbes_india
What to look out for this week: RBI monetary policy, US-China leadership talks
H-1B visa issue: US authorities show they won't wait for legislation to tighten screws