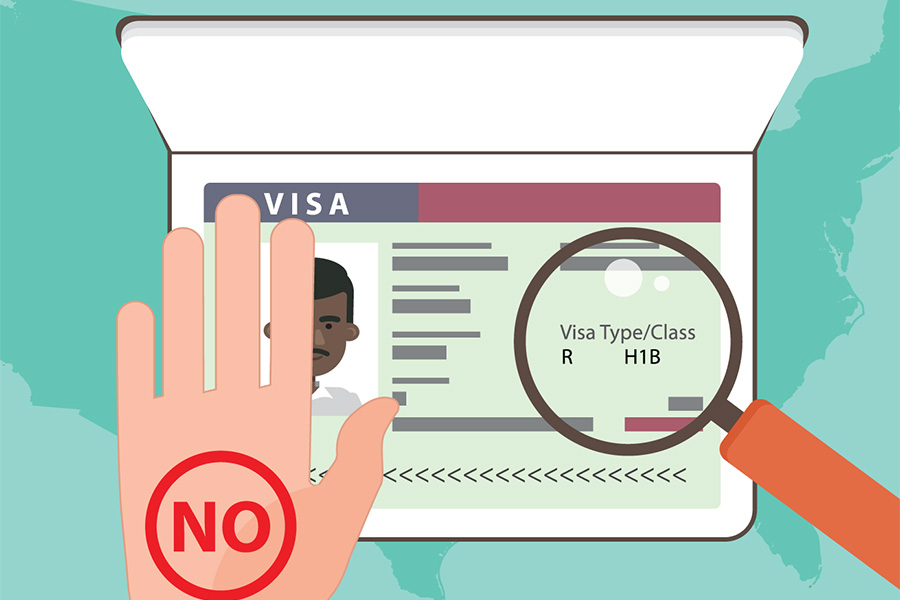 The new memorandum says that merely being a computer programmer won’t make someone eligible for an H-1B visa as a person engaged in a “specialty occupation.”
Image: Shutterstock

Immigration authorities in the US are demonstrating that they won’t wait for legislation to come through to plug what they deem to be loopholes in the use of the H-1B visa, the annual lottery-based system for which opened this week.

Two policy tweaks have come to fore over the weekend and on Monday, which show that US officials can and will use existing rules to increase scrutiny of H-1B visas. The first is a “Guidance Memorandum on computer related positions” that the US Citizenship and Immigration Service released on Mar. 31, replacing one that was as old as December 2000.

In short, the new memorandum says that merely being a computer programmer won’t make someone eligible for an H-1B visa as a person engaged in a “specialty occupation.” This is in the context of a handbook that defines various categories, definitions, rules and so on, which the officials say are a big dated in light of how technology and related services have evolved to date.

“Based on the current version of the Handbook, the fact that a person may be employed as a computer programmer and may use information technology skills and knowledge to help an enterprise achieve its goals in the course of his or her job is not sufficient to establish the position
as a specialty occupation,” the USCIS said in its guidance memo.

“Thus, a petitioner may not rely solely on the Handbook to meet its burden when seeking to sponsor a beneficiary for a computer programmer position.” Indian IT companies have been among the petitioners that have benefited from the H-1B visa awards over the years.

The second, is a set of measures the USCIS expects to implement to prevent what it calls fraud and abuse of the H-1B visa system. The US agency announced these measures in a statement on Monday, which taken as a whole will ensure that the officials “take a more targeted approach when making site visits across the country to H-1B petitioners and the worksites of H-1B employees.”

These changes and others in the works point to what Indian IT companies can expect in the days to come, under the administration of US President Donald Trump, who has been scathing in his criticism of how these visas have been used. The idea of protecting American jobs is now clearly front and centre, and Indian IT companies have their task cut out in demonstrating that the staff for whom they are seeking H-1B visas are indeed providing specialist services to their American clients.

These could also mean that efforts by Indian IT to lobby its position, via National Association for Software and Services Companies, haven’t been particularly effective. What is clear is that the sector will face greater uncertainty and faster change in its biggest market. And incremental changes that even the biggest Indian IT providers have been making may no longer cut it — from hiring more, but still very small numbers or locals in the US, to gradual adoption of automation.

"Stricter interpretation of existing immigration requirements in the US and stronger enforcement of compliance reflects how anxious the current US administration is to demonstrate its commitment to restricting immigrant workers from overseas territories even before the relevant laws are enacted,” Sanjoy Sen, formerly a partner in India at consultancy Deloitte, and a doctoral research scholar at UK’s Aston Business School, said in an email to Forbes India.

Similar immigration changes are also taking place in Britain, Indian IT’s second-biggest market, where immigration issues are one of the core factors that influenced the Brexit vote, Sen said. In Singapore too, new restrictions are being implemented to keep out lower-skilled immigrants, although the overall impact from that market would be relatively lower, he said.

”The impact of the combined pushback will certainly be a jolt to Indian IT companies in the short term,” Sen said.

In the medium to longer term, the Indian IT companies could increase their local recruits in their biggest markets, and try providing higher-value work, as they build new ways to differentiate themselves in the longer term, he said.

The tougher visa norms and the broader disenchantment with immigration in the developed economies are also rising at a time when outsourcing itself is becoming obsolete due to the increasing adoption of cloud computing. Sen added that growing adoption of robotics automation and cognitive automation will also reduce the need for a large proportion of immigrant labour from India to be based in northern America or western Europe as many of the related roles will be eliminated.