The social network that gets you a ride

Long-distance ride sharing marketplace BlaBlaCar is building a community of co-passengers, one ride at a time. Their model, strangely in these times, is built on trust, says the India head 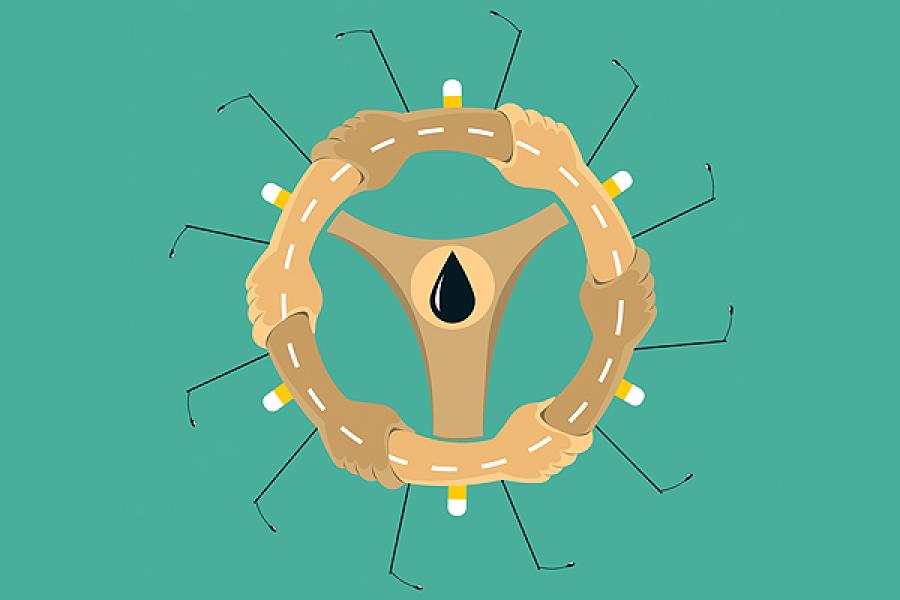 Painfully early on a Saturday morning, as our train pulled into Mumbai’s western suburb of Andheri, anxiety kicked in. The prospect of hitching a ride to Pune with near strangers was playing on our minds.

We would not have found ourselves in this scenario were it not for our meeting with Raghav Gupta a couple of days earlier. A conversation with the India manager of the long-distance ride sharing startup BlaBlaCar had triggered the idea of using the French company’s web service to share a ride to Pune.

It wasn’t an outlandish notion either. Consider that while ride sharing as a service is new to India, the concept is not. From densely packed private vehicles to autorickshaws that seat a cricket team, Indians do more than their bit for the ‘sharing economy’.

Hence, when Gupta explained the idea behind this startup, it was difficult to think of it as a foreign one. “The car owner is essentially saying: ‘Hi, I’m going from place A to place B. If you want to ride along, you can, but I am going in any case’,” says Gupta. This is what sets this service apart from Ola or Uber, he points out.

BlaBlaCar is, in that sense, organised hitch-hiking. The service allows a user to see all the registered members travelling to a particular destination and acts as a quasi marketplace for the vacant seats in their vehicles. For a predetermined price, a seat can be hired. BlaBlaCar insists on functioning only in the private car domain, which has helped it avoid the political and legal issues that Uber has faced in many countries.

The company was founded by former Nasa employee Frédéric Mazzella along with Francis Nappez and Nicolas Brusson in 2006. It is now present in 19 countries and boasts a global community of 20 million members. In 2014, the startup raised $100 million in a funding round led by Index Ventures, with participation from existing investors which include ISAI, Accel Partners and Lead Edge Capital.

As the company’s fortunes grew, Gupta, who had attended INSEAD, a business school in France, with BlaBlaCar’s co-founder Brusson (now the company’s chief operating officer) suggested to his former classmate that the firm could do well in India. “I told him (Brusson) that it would be a good idea to bring the company to India because of the country’s poor public transport infrastructure,” says Gupta, who was previously employed as a principal with the strategy consulting firm Strategy& (formerly Booz & Company).

The web-based service claims to have sold 125,000 seats in India in the first 100 days since its launch on January 14 this year. However, with India’s rapid internet growth, the size of the market is difficult to gauge. Gupta says, “It’s really hard to put a number. If you look at ixigo.com (BlaBlaCar’s online travel partner), it has 60 million visitors. Can we direct 1 million or 10 million of those visitors to BlaBlaCar? I really do not know.”

The service is called BlaBlaCar because you can rate yourself on a scale of Bla (not chatty), Blabla (chatty when I feel like it) or Blablabla (loves to chat).

We had rated ourselves Blabla.

Given India’s already subsidised public transport system, it is difficult for BlaBlaCar to provide cheaper rates. However, it is the gap in India’s transport infrastructure and last-minute travel plans that BlaBlaCar is betting its growth on.

Now for the flipside: The safety concerns that haunt Uber in India also apply to BlaBlaCar. “Safety, of course, is important,” Gupta says. “We do three types of checks—verification of the user’s Facebook profile, verification of his or her cellphone number, and peer-to-peer ratings.”

These checks, however, are not foolproof. For instance, Gupta mentioned BlaBlaCar requires the user to display his or her picture on the website. But on using the service we found that this was not mandatory. You can also access the car owner’s phone number after registering on the site, which some users might treat as an invasion of privacy.

Gupta says that BlaBlaCar, as a service, relies on people’s trust for each other. “We try to build a trusted community of people who travel with each other.”

Another concern is that ride sharing can be quite nerve wracking. On a bus or a train, it’s easy to ignore co-passengers, but a car ride is more intimate—it almost necessitates conversation.

Our experience was not unpleasant, though. The car arrived 15 minutes late to Andheri, but as soon as we boarded the comfortable airconditioned sedan, the delay was forgotten. We had no problem in initiating a conversation either; the driver was an amiable business consultant, who shared rides to “reduce his carbon footprint”. The co-passengers—a banker and an engineer—were interesting too, with the discussion meandering from Bollywood superstar Salman Khan to the poor condition of Indian roads.

There are, however, also some concerns about the legality of this service. Sriram Swaminathan, a BlaBlaCar user from Mulund in Mumbai, says, “Indian law does not permit private vehicles to be used for commercial purposes.” Gupta clears this apprehension: “At BlaBlaCar, the price is capped to ensure the service is non-commercial. Car owners merely share the cost of their trip and do not make profits.”

Another nagging worry is that a majority of early-adopters are men. “I had a good experience the first time, but it is a gamble,” says Amita Balasundaram, a 27-year-old working professional from Mumbai. That said, she uses this service every day, within the city, to commute to work and back.

Anil Joshi, co-founder and managing partner at Unicorn India Ventures, says, “BlaBlaCar’s model is quite scalable as it is asset light (the BlaBlaCar India team comprises just 25 people) and not dependent on heavy infrastructure investments. It offers a good investment opportunity.”

However, Joshi cautions that it may be difficult to bring such a service under any regulation given that it is being used by private car owners.

Despite all this—with little self-descriptive notes about the members and ratings exchanged by users after a trip—BlaBlaCar is looking to build a social network for travel. Additional details such as personal musical preferences and whether smoking or pets are allowed during the ride give valuable insights to users.

It may be premature to buy into the service’s success potential in India. However, with the country’s inadequate infrastructure and overburdened transport system, it would be just as naïve to dismiss it.

Tweets by @forbesindia
The hottest wheels this year
In new-age patisseries, get your cake and learn the recipe too