When people take professions according to their personal inclinations, they perform work effortlessly, efficiently and joyously

“Often the difference between a successful person and a failure is not one who has better abilities and ideas but the courage to bet on one’s ideas, take a calculated risk and to act.” Andre Malraux

There is often a gap between intention and action. This incongruence arises due to our thoughts that creep in while taking action. Our interpretations, perceptions, beliefs, fears and attachments impact the quality of action. Our thoughts are so deeply embedded that we keep tumbling from one action to another, completely unaware of the intensity and significance of their influence on our life. 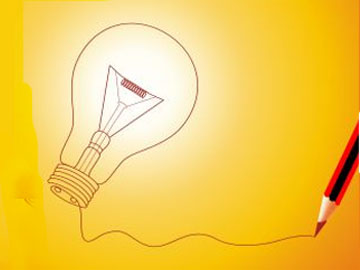 I was working with a client who had been recently promoted to a larger role in the organization, was feeling overwhelmed with the unexpected change and increase in scope. I asked him if he had the knowledge and experience to achieve the deliverables. He responded, Of course! He was confident of his skills and intelligence but was unable to shake off the feeling of ‘its too much, I can’t do it’, ‘how will I achieve the desired results’.

In another instance, a client recently who has tremendous creative potential did not feel adequately valued and respected for his skill and gradually lost interest in his work. He became rebellious and started procrastinating. Having not achieved the desired outcome, his self-confidence slipped and he blamed his circumstances for the quality of life. He had not realized the extent to which his emotions had blocked his creativity and ability to excel.

Essentially, the inconsistency was arising due to ‘feelings, emotions and thoughts’. These emotions are not the reality but they appear so real that we either stop in our tracks and sit back or fight blindly. Arjuna in Mahabharata an accomplished archer was unable to fight the war due to his anxiety to succeed and his attachment to beliefs. We get so absorbed in our emotional turmoil that we sometimes fail to take support from the world in times of despair and feel alone and burdened. We need to pause to assess the grip of our emotions and gradually build the courage to act.

How do we assess whether we have the capacity and/or capability to accomplish a task?
We learn and grow only through trial and error. Rare few know their inherent skill early in life. Every success and failure gives us an opportunity to learn our personal strengths and limitations. Our knowledge of the world and ourselves enhances through constant effort and we learn different ways of doing and excelling in an activity. We can develop a personal strategy of success with the learning from experiences.

There are times we have the capability and have either never explored it or our fears limit us in playing out fully. Since a young age, I used to make a New Year resolution to achieve or learn a new activity or skill every year. I used to be petrified of water but after the birth of my children, I decided to learn how to swim because I wanted to be able to rescue them in time of need. I crossed my barrier once the motivation to learn was higher than the fear. I marvel at the amazing capacity of the mind to learn and grow in various dimensions - emotional, mental and physical. I believe we under-estimate and therefore, under-utilize ourselves.

Did I have the capability to excel in each skill? Not necessarily. Once I was very fired by the idea of opening a restaurant in Mumbai. I attended two catering courses and interacted with a few people who were already in the business to experience and understand the implication of opening and managing a restaurant. Initially, the idea appeared fabulous and I assumed that if I had the drive and courage to establish it, I would be able to create a profitable business. However, the research and the course made me realize that there is a marked difference between imagination and reality. The restaurant business was not in line with my personality and life circumstances.

Many people in their excitement to run with an idea fall short on the preparatory work. Ask yourself – is this idea in tune with my personality, what is unique about my concept, do I have the resources or access to resources, did I research adequately to prepare a draft plan, am I doing my best to convert this idea into a reality, how will I sustain it?

We all have the capacity to learn but our natural capability, our inherent preferences are different. We struggle to excel when we go against our grain. For instance, Andre Agassi was an accomplished tennis player due to a grueling practice regime but he disliked tennis with a vengeance and lived with intense emotional pain until he developed the courage to the face the truth. Whereas, Sunil Gavaskar and Sachin Tendulkar have a natural flare for cricket and have built their capacity through regular practice and play.

All human beings are capable of doing something. At the blind school in Mumbai, the association teaches them the skill of using their other senses and they make the beautiful mosaic tables. Similarly, handicapped children learn how to make candles, cloth mats, baskets etc. We all are gifted with certain intelligences and talents. When people take professions according to their personal inclinations, they perform work effortlessly, efficiently and joyously. They succeed easily and feel satisfied and are able to excel at it. If the choice of profession does not match the inherent preferences, there is hypocrisy, tension, boredom within and chaos and confusion outside. Living a life of design requires congruence between intention and action. Disciplined effort and review of actions keeps us on track.

“Take up one idea. Make that idea your life, dream of it, live on that idea. Let the brain, muscles nerves, every part of your body be full of that idea and just leave every other idea alone. This is the way to success, that is the way great spiritual giants are produced.” Swami Vivekananda.

(Ashu is a leadership coach and author who works with senior executives in organizations such as Barclays Capital, Adidas,  Ernst & Young, Deutsche Bank, Credit Suisse, etc. She is also a qualified chartered accountant. Ashu has recently compiled her insights, experiences as a coach and learning of life in a book, ‘I am Freedom’ (to be launched soon). In the book, she has shared her journey of inquiry into seeking inner freedom and thereby, unlocking the power to love and live. For more www.ashukhanna.com )

Tweets by @forbesindia
Kiran Mazumdar-Shaw: Instead of having bad blood with a good company,I decided to part amicably
John Bird: I hadn't given up and I didn't feel sorry for myself