The video recordings are part of a broad initiative at the ride-hailing company to capture more objective data about what happens inside vehicles during Uber trips, where disputes between riders and drivers often play out without witnesses 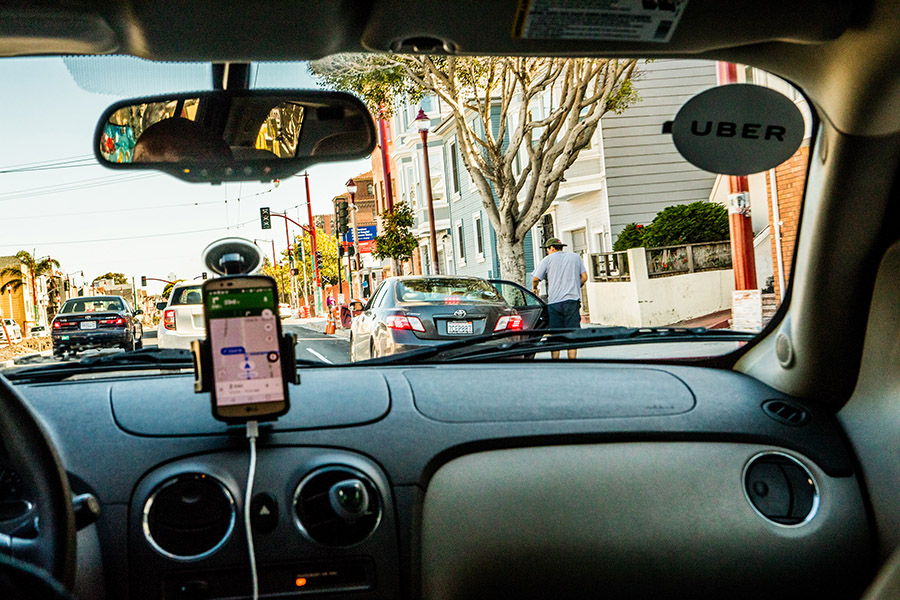 The view from inside an Uber driver's vehicle in San Francisco, May 14, 2017. Uber has been recording some rides as part of a broad initiative to capture more objective data about what happens inside vehicles. Image: Christie Hemm Klok/The New York Times

SAN FRANCISCO — For several months, some Uber passengers in Texas have been recorded on video as they have been driven to their destinations. The video has been stored online and could have been reviewed by members of Uber’s safety staff if the driver had reported a problem with the passenger.
The video recordings are part of a broad initiative at the ride-hailing company to capture more objective data about what happens inside vehicles during Uber trips, where disputes between riders and drivers often play out without witnesses. Uber has experienced years of complaints about the safety of its riders and drivers, who are often left to sort out episodes without the help of the company, and it has settled lawsuits claiming that it does not do enough to protect passengers. But as Uber increases the practice of recording drivers and passengers, the company is facing new privacy pressures. “Uber already has this treasure trove of highly personal data about people,” said Camille Fischer, a staff lawyer at the Electronic Frontier Foundation. “When you pair surveillance during those trips, whether it’s over the driver or over the passenger, you are getting a more fine-tuned snapshot of people’s daily lives.” Uber began the video recording program in Texas in July, and is conducting smaller tests of the program in Florida and Tennessee. In November, it announced a similar effort in Brazil and Mexico to allow riders and drivers to record audio during a trip. The audio recording feature, first reported by Reuters, is managed by Uber, and begins a recording if either the rider or driver requests it. At the end of the trip, the rider or driver has the option to send the recording to Uber for review, but cannot save it themselves, a safeguard Uber built to prevent riders and drivers from recording each other and posting the clips online, the company said. Uber’s video recording feature is a partnership with Nauto, a technology company that uses artificial intelligence to analyze video from vehicles. The company aims to detect potential collisions and warn drivers, and uses facial recognition to detect distracted drivers and remind them to keep their eyes on the road. Under the partnership, Uber issues cameras to Texas drivers who request them at a fee of $5 a month. Footage gathered by the cameras is stored by Nauto but available to Uber if the camera detects a crash, a serious safety incident is reported or a driver requests the footage, according to a frequently-asked-questions document compiled by Nauto. Passengers’ faces are blurred in the footage provided to drivers, but visible to Uber employees who review it during safety incidents. “It is about providing the right tools in the hands of our users. We want them to feel, as they’re in the car, that the lights are on,” said Sachin Kansal, a director of project management at Uber who oversees the company’s safety features. “We want to empower our users to have safer interactions on the platform.” The recording features are part of Uber’s larger campaign to improve safety, Kansal said, pointing to recent product changes that have allowed riders to call emergency services from the Uber app and offered them pin numbers to confirm their rides. The effort to record audio of passengers and drivers in Brazil and Mexico will begin next month, Uber said. Drivers and passengers in those areas have been targets of crime, and some have been robbed or killed. The company said it would share the audio recordings with law enforcement authorities if asked to do so. But as Uber experiments with recording riders and passengers in the United States, it will have to confront a thicket of privacy issues. Laws governing whether or not a person can be recorded without their knowledge vary state by state, making it difficult for the company to roll out a recording feature nationwide. “We want to make sure we are following the privacy laws of the land wherever we launch,” Kansal said. “This is a small pilot. We are going to try a few things and see what works.” Fischer, the Electronic Frontier Foundation lawyer, said the recordings raised privacy concerns for drivers, who may feel that they have to opt in to video or audio recording in order to remain in good standing with Uber. Some Uber drivers already record their passengers, although the practice has not been sanctioned by the company. Last summer, Uber terminated a driver in St. Louis who routinely livestreamed his passengers online. That November, a Canadian hockey team faced backlash after their Uber driver posted a video online of team members gossiping about their coach. And in 2017, an Uber driver recorded the company’s then-chief executive Travis Kalanick chastising him for complaining about falling wages on the platform. Kalanick was ousted from the company later that year. Uber is expected to release a transparency report this year describing the number of assaults and safety incidents that occurred in its vehicles, the first report of its kind for the company.