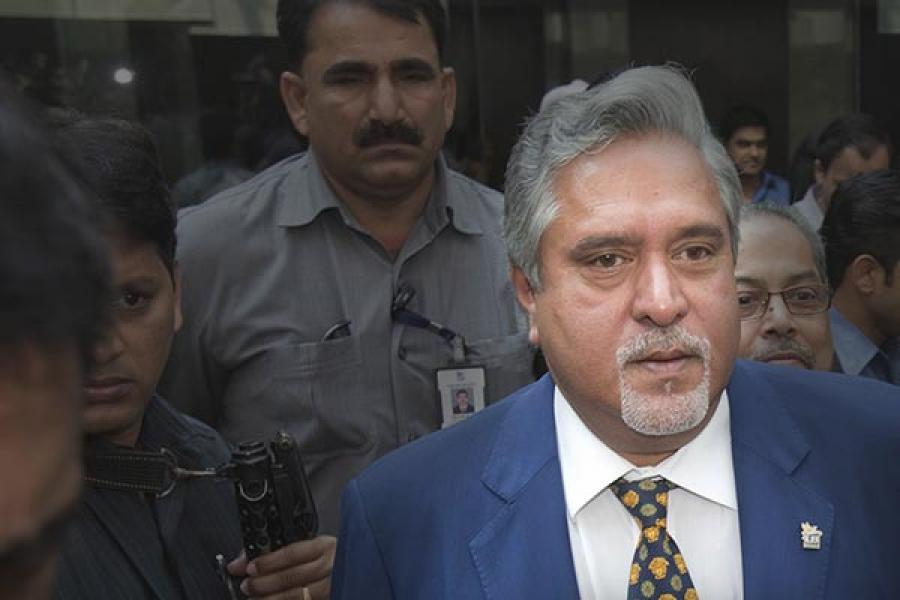 Image: Vivek Prakash / Reuters
The USL board commissioned inquiry found that between 2010 and 2013 when Vijay Mallya was in control, certain financial transactions between USL and various UB Group entities indicated various improprieties and legal violations

Of the total amount, Rs 995.46 crore had been provisioned for against an outstanding loan of Rs1,337.40 crore given by USL to UB Holdings Ltd (UBHL), the investment arm of USL’s chairman and former owner Vijay Mallya. Among all of Mallya’s UB Group entities, UBHL has the biggest exposure to the now-defunct Kingfisher Airlines (KFA).

In FY14, USL’s loss reflected a one-time write-off that was related to an intra-USL Group loan, which the company had taken to fund the $1.2 billion acquisition of Whyte & Mackay, in 2007. On a consolidated basis, USL’s loss for FY15 stood at Rs 1,687.71 crore compared to Rs 4,489.08 crore reported a year ago. USL has also made provisions of Rs 361.81 crore and Rs 354.35 crore towards what the company said were ‘diminution on long-term investment in subsidiaries’ and ‘loans and advances to subsidiaries’, respectively.In view of the FY15 loss, the USL board has not recommended any dividend.

Shriram Subramanian, MD of independent proxy advisory and governance research firm InGovern, told Forbes India, “It (USL) should give some indication to shareholders as to when these provisions for loans (in particular to UB Group companies) will stop. The company should also specify what percentage of the overall loans has been provisioned for.”

In its earnings report to the Indian stock exchanges on Wednesday, USL said it had to provision for loans given to UBHL as Mallya’s India listed entity, which is battling multiple court cases, was unable to make repayments.

“The company has received a letter from UBHL stating that it is involved in litigations with various creditors of KFA in different courts all over the country, and that some of the winding up petitions filed against UBHL have been admitted by the Karnataka High Court. As a result of the above and other relevant factors, as a matter of prudence, the company has provided for a further amount of Rs 995.46 crore,” read a detailed note in USL’s FY15 earnings filing.

USL further stated, “The company will pursue all rights and claims to recover the entire amount of the loan together with accord interest from UBHL.”

Last year, the audit committee of the USL board had brought to light an unsecured loan amount of Rs 1,337.40 crore that was give by the firm to UBHL. In addition, the audit committee had found Rs 650 crore pending from various USL debtors. As per the audit committee’s report, these debtors were believed to have given loans and advancements to certain ‘alleged entities’ of Mallya’s UB Group.

The USL board had sought an inquiry into all the financial transactions involving the company and various UB Group companies.

“While everybody is saying it’s a clean-up job going on, what is troubling is that USL was a listed company. All this while the company was being audited by auditors, had independent directors on its board, and like any other company, was being properly regulated as a listed entity. So to be told that a clean-up is still going on… what then were all these people doing?” asked Sanjay Jain, director at Taj Capital, a boutique advisory firm based in New Delhi.

Last month, USL said its board-commissioned inquiry found that: “The manner in which certain transactions were conducted, prima facie, indicates various improprieties and legal violations”. Most of the financial transactions under scrutiny were carried out between 2010 and 2013, when Vijay Mallya was in control of USL.

The inquiry report was discussed at a USL board meeting on April 25, where the company’s board had asked Mallya to setup down as chairman in light of the findings.

Mallya, who has refused to step down, issued a statement immediately after the meeting which read: “Prior to acquiring control of USL, Diageo conducted an extensive due diligence exercise at USL for over four months in the course of which details of all transactions were disclosed to them. It is, therefore, surprising that such prior period matters have become the basis for actions today.”

Diageo, makers of the Johnnie Walker series of whisky, has forked out a total of $3 billion in a protracted deal-making process to secure a 54.78 percent controlling stake in USL, over the last two years.