Walmart actively stepped into the gun control debate recently, saying that it will also call on Congress to increase background checks and consider a new assault rifle ban after 22 people were killed by a gunman at its store in El Paso, Texas 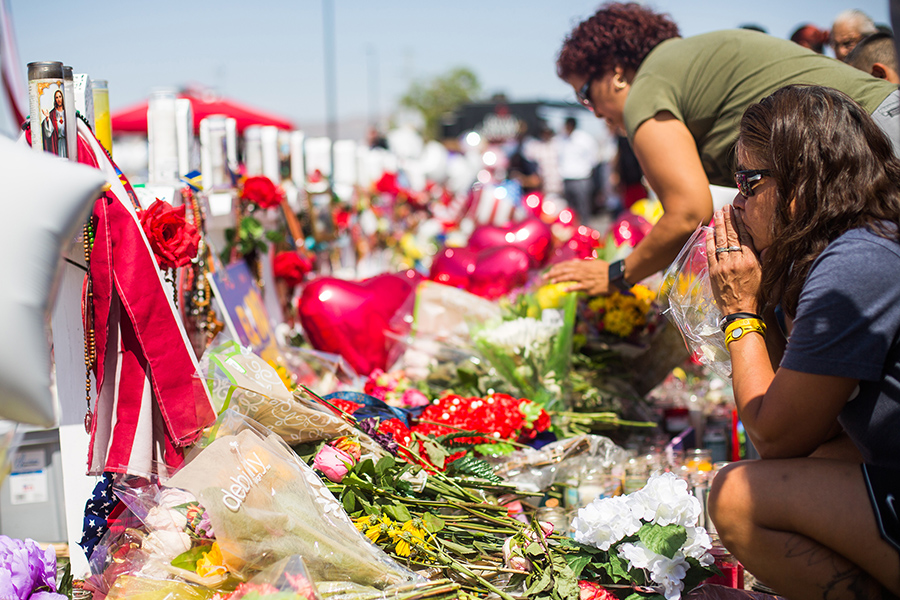 People bring flowers and pray at a makeshift memorial outside the Walmart where 22 people were killed four days earlier, in El Paso, Texas, Aug. 7, 2019. The nation’s largest retailer said it would stop selling ammunition for certain short barrel rifles and for all handguns
Image: Celia Talbot Tobin/The New York Times