With the distractions of the corporate feud with Cyrus Mistry behind it, Tata Trusts is gearing up for a new model of social work which focuses more on outcomes than the ability to give grants 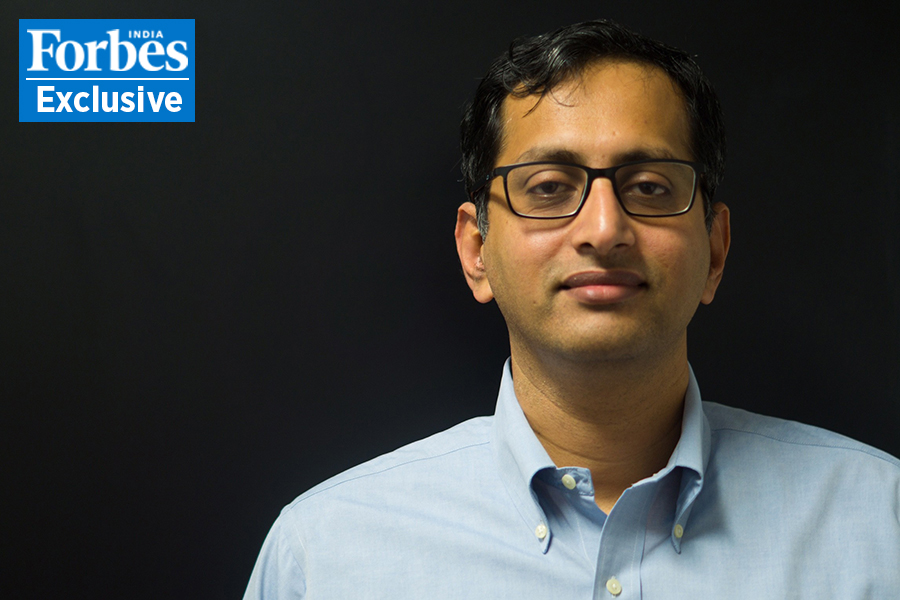 Since Cyrus Mistry’s ouster as chairman of the $103-billion Tata group in October 2016, the Tata Trusts and its managing trustee R Venkataramanan (also known as Venkat) have been in the eye of a storm.

In a no-holds-barred battle, Mistry, the ousted chairman of Tata Sons, the flagship holding firm of the salt-to-software conglomerate, accused the trustees of the Tata Trusts (which together own 66 percent of Tata Sons) of undue interference in management and oppression of shareholders such as his family (which owns 18.4 percent).

Though the Trusts have their hands full as they spend Rs750 crore annually across nationwide social welfare projects – ranging from the creation of a national cancer grid to making solar energy-powered tap water available in the villages of Uttarakhand – the last six months have been spent mostly firefighting. As its role as the principal promoter of a business house, globally renowned for its ethics, was questioned, it fought tooth and nail to protect its image as the ambassador of the Tata group’s conscious capitalism. Venkat, the 42-year-old managing trustee of the Tata Trusts was specifically named as an individual respondent in many of the legal cases filed by the Shapoorji Pallonji Group (controlled by Mistry’s family). But the petitioners have not managed to win any reprieve thus far.

The storm that was the leadership turmoil at the Tata group appears to have blown over (or at least subsided for now). Mistry has long left Bombay House, the iconic headquarters of the 149-year-old conglomerate, and has been replaced with Tata group veteran N Chandrasekaran, who was rewarded with the top job for his stellar performance as the chief of Tata Consultancy Services (TCS), the group’s most prized asset, and his understanding of the Tata values. The alignment of purpose between the trusts, the holding company and the operating enterprises that collectively make the House of Tata, which was earlier disturbed, is also in the process of being restored.

Consequently, it is back to the core task at hand for Venkat (even as his lawyers battle it out on his behalf at various legal forums) – of “re-focusing and re-purposing the Trusts and its activities.”

In a freewheeling interview with Forbes India, Venkat said that the Tata Trusts were working towards becoming a collaborative partner in social welfare projects, with greater responsibility of process and outcome, from just being a giver of financial grants to those who need it. It is a process that Venkat likes to call “Uberisation,” referring to Uber’s success as an aggregator of ride hailing services, which combines technology and individual partners to create great user experience. In the context of Tata Trusts, Uberisation refers to its ability to mobilize technology, capital and expertise, wherever available, and combine these with its own to magnify the impact and reach of its interventions.
Edited excerpts:

Q. Has the dust over the corporate tussle at the Tata group settled and is the relationship between the Tata Trusts and Tata Sons back to where it was?
The relationship is on track. There was never any break in relationship. It was just one individual. Many of the programs that we undertake at the Trusts need the technological capability and execution skills of various Tata group companies. So we are collaborative. Vice versa, many of the companies don’t have the skillsets for philanthropy and CSR (corporate social responsibility) that we have, and we are helping them out by executing projects on their behalf.

At the Tata Trusts, we are re-focusing and re-purposing ourselves. What happened since October last year was an aberration and distraction. But there is a lot of goodwill that this institution has earned for itself over more than a century, and this goodwill will continue to exist.

Q. How are the Tata Trusts doing this?
We are seeing a bit of ‘Uberisation’ happening in every space. In the field of social work, the concept hasn’t quite caught on as yet. We thought since we have an ability to convene people and resources, we can get diverse partners to work together, with everyone focusing on what they are good at. But from a beneficiary’s perspective, we present a single unified interface.

For instance we are working on the National Cancer Grid (NCG) with the government of India, and as we speak we are building 10 new tertiary cancer centres. In Assam, we are working with the state government, which is giving us the land and their medical college staff to train. We give them the specifications for the proposed centre, and they do the necessary procurement for construction. The Trusts give the centre the technical protocols, funds and procures the medical equipment required and is responsible for operations and quality control. We are working with general surgeons and physicians to emphasize more on early detection of cancer through screening, so that cancer care isn’t only restricted to palliative care, which is the case today. Also as part of the NCG, we are working with Reliance Jio to connect 108 tertiary cancer centres with high-speed broadband connectivity.

Q. Does this process of re-purposing the Trusts entail a shift in the way in which the Tata Trusts collaborate with partners?
What we are attempting to do is from being a conventional grant giving foundation (which we will continue to be), we are going to take a lot more ownership of the end outcome, which means signing up to have operational responsibility for key outcomes, and driving these processes through a collaborative approach. Frankly, many state governments don’t need our funds today. What they need from us is our disproportionate ability to take risks and demonstrate proof of concept at scale.

I will give you an example. There is a hospital in Allahabad called the Kamala Nehru Memorial Hospital. They sought our help in allowing them to buy a linear accelerator (used for imaging). Their budget was Rs20 crore, and the cost of the accelerator, as quoted to them by a vendor, was Rs25 crore. So they wanted us to give them a grant to bridge the shortfall. Normally, we would have examined the proposal and disbursed the funds. But in this case, we asked them for the specifications of the machine they were looking for. We got our procurement committee – which buys equipment for our network of hospitals – to match this requirement against the products that exist in the market. We were able to procure the accelerator for the hospital at a cost of only Rs11 crore. The hospital funded the machine themselves since it was way below their budget and we could utilize the Rs5 crore for another project where it was more needed.

The aim is to innovate in areas such as genetic engineering to democratize gene editing, which can help causes ranging from enhancing agricultural productivity to eradicating malaria. We are also experimenting with a few technological protocols which can have a far-reaching impact on the field of education and can also be applied in other sectors.

Again, following the concept of Uberisation, we are working with Google to connect rural India to the internet. We are good at mobilizing people at the grassroots and Google is good with technology and marketing it at scale. We began the project in July 2015 and the initial target was to cover 4,000 villages. As we speak, we have already reached 70,000 villages and our target is to reach 300,000 villages in the next three years.

Q. What is your view on the allegations leveled by Cyrus Mistry against the trustees of Tata Trusts, including yourself, and the other directors of Tata Sons?
The case that has been filed is on the grounds of oppression and mismanagement. We are quite intrigued. Over the years, the Shapoorji Pallonji Group has acquired an 18.4 percent stake in Tata Sons for around Rs70 crore. By their own admission in a legal affidavit, that stake is now worth Rs1 lakh crore. In terms of hard cash, the sheer dividend paid out to the SP Group by Tata Sons till date amounts to Rs872 crore. This is apart from the value of their stake and dividend received from group companies like TCS. What hurts most is that these baseless allegations are against the very people who toiled all their life to help create this kind of value over the years. And these people like Mr. Ratan Tata weren’t working for themselves. Whatever they built was for shareholders and the community.

Tweets by @forbes_india
How to convince people you have a good idea
India's private financial wealth shrugs off demonetisation woes, clocks 11% growth in 2016