Why Djokovic's drama is often self-inflicted

Novak Djokovic, the elastic winner of 17 Grand Slam singles titles, remains a work very much in progress: capable of charm, magnanimity and deep reflection but also capable of turning too much of what he touches into ash 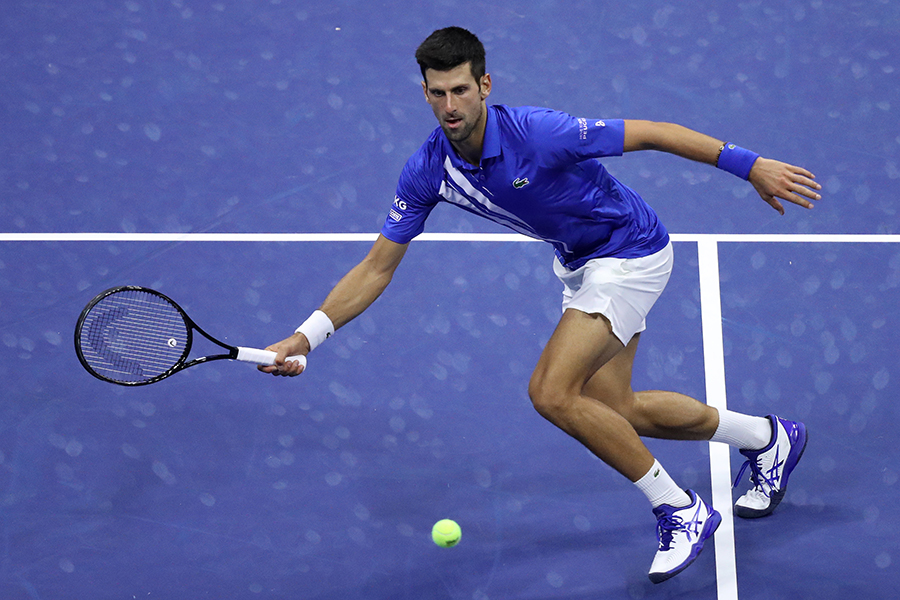 (On Tennis)
Shortly after arriving in New York last month, Novak Djokovic told me that he genuinely wanted to be here for the U.S. Open.

He repeated it throughout his stay, which ended much earlier than expected Sunday as the top-seeded Djokovic was defaulted in the fourth round for unsportsmanlike conduct, after hitting a ball in frustration toward the back wall of the court, which struck a line judge in the throat.

It was unintentional, no doubt, but it was also a rash move that a 33-year-old superstar, so accustomed to living and playing under the microscope, should have learned to avoid long ago.

But Djokovic, the elastic winner of 17 Grand Slam singles titles who has proved himself to be the men’s game’s best competitor under pressure, remains a work very much in progress: capable of charm, magnanimity and deep reflection but also capable of turning too much of what he touches into ash.

Despite his earnest attempts to find peace, commune with nature and heed his inner voice, Djokovic remains too often his own worst enemy. And even if he truly does not aim to be beloved on the same scale as his career-long measuring sticks Roger Federer and Rafael Nadal — he insists he does not — he has had a rough few months.

He has been spreading himself thin: serving as president of the ATP Player Council until the Sunday before the U.S. Open, when he and Canadian player Vasek Pospisil launched a new players’ association that the ATP Tour’s leadership views warily and which Federer, Nadal and numerous other leading players have chosen, for now, not to back.

In truth, despite Djokovic’s affirmations, he seemed conflicted about this business trip to New York: He only decided to come last month after extensive negotiations with the U.S. Open organizers over everything from housing to entourage size to testing and quarantine protocols. He certainly did not make it easy, but at least he came and then — in typically self-defeating fashion — gave officials no choice but to send him packing early.

Though sports writers (and everyone else) should generally steer clear of armchair psychology, it was easy to see Sunday’s ill-timed burst of anger as a product of all that accumulated off-court tension.

Sitting on a couch in the home he rented for the Western & Southern Open and U.S. Open, he gestured toward his agent Edoardo Artaldi.
“I know that Edoardo here wishes that maybe sometimes I don’t speak about some things in public or that I don’t maybe deal with tennis politics as much,” Djokovic said. “But look, I know that I feel deep in my heart that this is the right thing to do because I feel also responsible. And I feel that if I have an opportunity to share something that I feel might serve somebody in a positive way, I will do that.”

Djokovic did the right thing Monday night. After the line umpire he hit began receiving vicious abuse online, Djokovic posted a message on Twitter to his supporters, asking them to “please also remember the linesperson that was hit by the ball last night needs our support too” and that “she’s done nothing wrong at all.”

Pospisil and others who have worked closely with Djokovic expressed respect for his desire to put his reputation and energy on the line for his peers.

He has been involved in some major behind-the-scenes power struggles in the last two seasons: helping to lead the ouster of Chris Kermode, the former chairman of the ATP Tour in 2019, and supporting Justin Gimelstob, an influential board member and former American player who pleaded no contest last year to a battery charge and eventually resigned.

Now comes the new player association, which Djokovic views in part as an attempt to help lower-ranked players increase their earnings in a sport that has traditionally rewarded the stars handsomely and the hoi polloi meagerly.

His labor organizing may yet lead to trouble, just as the Adria Tour, another high-minded initiative organized this year during the coronavirus pandemic, got him into trouble. During the five-month hiatus, Djokovic wanted to help struggling players in the Balkan region and organized a series of charity exhibitions in Serbia and Croatia, where infection rates were low and restrictions were few.

The tour raised eyebrows globally as the players hugged, danced the limbo and communed, mask free, with fans. It went truly awry when he, his wife Jelena and several other players and team members ended up contracting the virus, including Borna Coric, a Croatian who is in the quarterfinals of the U.S. Open.

“So many times he has the right intentions, it’s just with the timing he’s not getting it right, like the Adria Tour,” said Daniela Hantuchova, a former top-5 player from Slovakia, who has known Djokovic since his early years on tour. “There’s no problem with running an exhibition tour like that, just not when the whole world stops. Same with the ATP stuff. Sure things need to change, but not right now.”

In terms of public image, Djokovic’s career has been a roller-coaster ride compared to Federer’s and Nadal’s much steadier paths.

“It feels like sometimes the anger comes out of control,” Hantuchova said of Djokovic. “I care so much about him and respect everything he is doing for our game, but I just hope there is a lesson to be learned, even if this one came at the worst possible time, where pretty much the only thing standing between him and an 18th Grand Slam title was himself, with all my respect to the other players.”

Djokovic was fined his prize money of $250,000 on Monday plus $10,000 for unsportsmanlike conduct and $7,500 for skipping his post-match news conference: a pittance for someone who has won more than $140 million in career prize money. What hurts is the missed opportunity to narrow the gap with Federer, who has won a record 20 major singles titles, and Nadal, who has won 19.

For all Djokovic’s talent and drive, the window to secure the record could be narrower than it seems. The younger generation is rising and improving, and one of them will get their first Grand Slam singles title on Sunday.

As Djokovic knows too well, he has no one to blame but himself.