If Modi does not ensure the reforms are done, the credibility of his government will suffer 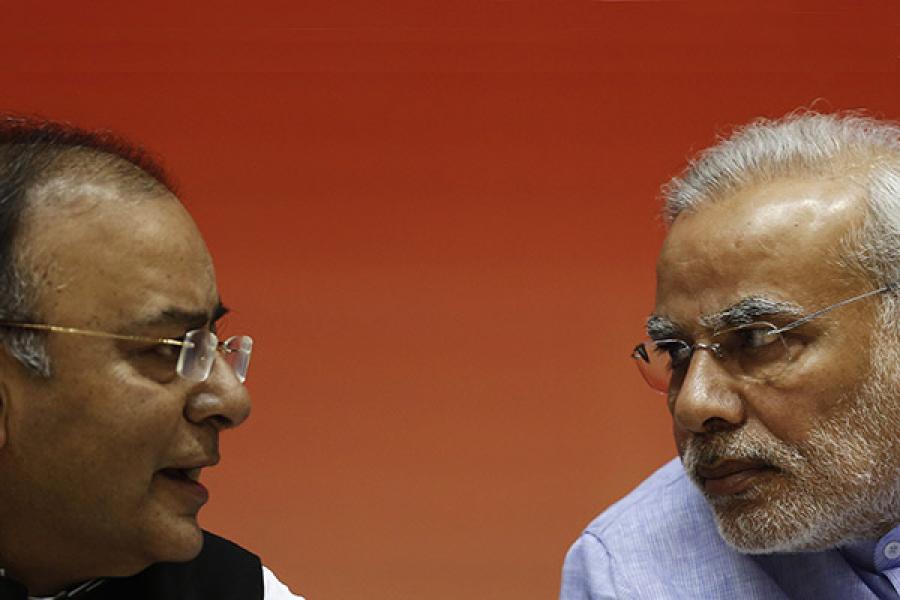 Newly-installed governments usually do not have an extended honeymoon period. Six months is what most politicians get to bask in the adulation of an electoral win. So, political parties which intend to legislate tough economic reforms, should get most of it done during this time.

The Narendra Modi government’s six-month lease on public goodwill ended technically in November 2014. That honeymoon was rudely interrupted this week when the Delhi voter handed it a shock defeat and gave Arvind Kejriwal’s Aam Aadmi Party 67 seats out of 70.

Is this good news or bad news for reforms and a good budget?

Methinks it is the latter. With several ordinances – from increasing FDI in insurance to amending the Land Acquisition Act to amending the Coal Mines Nationalisation Act – needing parliamentary approval to become law, the Modi government has actually no option but to ensure reforms are done. If Modi does not do this, the credibility of his government will suffer. So one can be sure that the NDA government will exert every sinew and use every trick in the book to get at least some of these laws passed. The most difficult one, of course, is the Land Acquisition Act, for which the government will have to seek a compromise with the Congress, which sees this growth-retarding law as its crowning achievement.

The second reason for optimism is the persona of Modi. The Prime Minister is not the type to retreat in the face of adversity. If anything, he becomes more obstinate if he is pushed too far. So, the chances are the adverse Delhi verdict will prompt him to show positive results in another area so that the conversation shifts from his failures to other things.

The third reason is that Modi and Arun Jaitley have no other option. If they do not reform now, growth will remain limited in the next two years. In 2015, growth will come largely from domestic revival, not from any global pick-me-up.

In January this year, both the IMF and the World Bank cut their global growth targets. The World Bank cut its forecast for 2015 to 3 percent from 3.4 percent six months before. The World Bank’s Chief Economist, Kaushik Basu, was quoted by Bloomberg as saying that even the current forecast could be revised further downwards, since the only economy growing soundly right now is the US.

Basu said: “The global economy today is much larger than what it used to be, so it’s a case of a larger train being pulled by a single engine, the American one. This does not make for a rosy outlook for the world.” The Bank cut its forecast for the euro area to 1.1 percent (from 1.8 percent earlier), for China from 7.2 percent to 7.1 percent, and for Japan from 1.3 percent to 1.2 percent.

So where does that leave India, which is expected to grow at 5.5 percent, according to the Mid-Year Economic Analysis put out by the Chief Economic Advisor in December? (Using the government’s new method of calculating GDP through the gross value added method, 2014-15 growth is pegged at 7.4 percent, but it is best to compare like with like).

Basically, it means if we don’t do something ourselves, growth won’t revive to 6 percent or more in 2015-16 (or, possibly, 8 percent under the new method). The World Bank, in fact, has also lowered its growth forecast for 2016 from 3.5 percent to 3.3 percent. This means no benefit for India from favourable global winds even in 2016.

We have to lift ourselves up on our own.

Ruchir Sharma, head of Morgan Stanley Investment Management (Emerging Markets and Global Macro), has outlined the downside risks of not pursuing reforms in India clear: a stock market fall, which has implications for companies and government non-tax revenues through disinvestment. When normal tax revenues are weak, disinvestment is key. And disinvestment needs bulls to stay excited, and bulls will be cowed if there is no sign of reforms.

In an interview to NTDV last month, Sharma presented a slide which showed that stock markets rise in Year 1 on the basis of hope (Modi’s election in 2014), but Year 2 performance depends on reforms. The historical record shows that when reform happens, the markets rise by a further 20 percent in Year 2; if it doesn’t, the markets could crash 12 percent. He says 2015 will be make or break for the Indian economy, even though he expects growth to improve due to favourable oil prices. Regardless of the Delhi result, 2015 is make or break for Modi’s economic scorecard. With the Delhi debacle, he has an additional reason to prove his detractors wrong.

The February-end budget is the only window available for setting the year’s economic agenda. After February, the NDA’s focus ought to be on getting key legislation — for which ordinances have been issued — passed. This means Modi’s politics must be focused on the economic and legislative agenda, even if it means letting the BJP’s short-term political interests slide for a while.

The other key points Sharma made were the following:

One, devolution of more power to states. This also means the transfer of more resources to states, which the 14th Finance Commission led by YV Reddy (which submitted its report in November) has recommended. Modi has to make federalism central to his growth agenda.

Two, along with emerging markets, Indian growth too should be better. But exports will be tough to push through when global growth is slowing.

Three, Sharma also see competition for capital flows — into equity and debt —this year. This makes reforms doubly important or else the other emerging markets will get more portfolio and FDI flows. Money will flow to markets showing the highest promise of reforms and growth.

Four, commodity prices are likely to remain low for an extended period. Sharma said that commodities usually boom for a decade and then lie low for the next two. This has huge implications for oil. It means the era of cheaper oil has begun, and it is not just a short-term 2014-15 surprise.

Five, the collapse of global inflation due to cheap oil means India is not likely to see any spike this year. Now you know why Raghuram Rajan lowered the repo rate on 15 January.

Six, stock market wealth is shifting back from energy and commodity industries to technology. Now you know why Flipkart is valued at $10 billion and Tata Steel just over $6 billion.

Between the World Bank’s growth forecasts and Ruchir Sharma’s crystal ball, the message to Modi and Jaitley is clear. In 2015, we have no option but to drive reforms back home if we want to see achche din.

The Delhi election results indicate bure din on the political front; they need to be countered with action to make achche din a reality on the economic front.