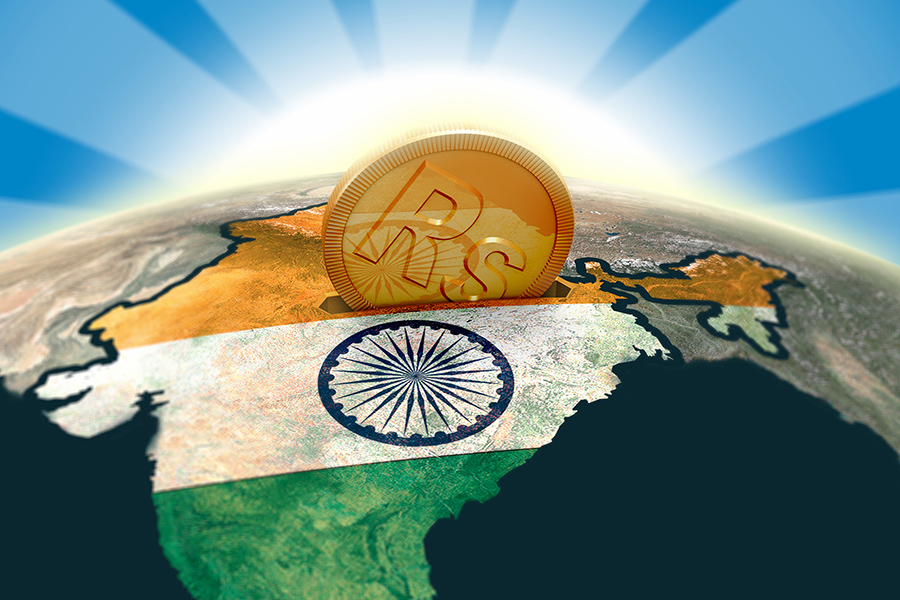 As the rupee plunged and India’s Current Account Deficit (CAD) rose from the 0.4 per cent (of Gross Domestic Product) level achieved in the January-March quarter of 2016-17 to breach the 2 per cent mark in the April-June quarter of 2018-19, the government took a series of five steps to ‘reign in the Current Account Deficit’. The government also announced its intention to curb ‘non-essential’ imports to rein CAD.The moot question is: Can these measures really be effective in reining CAD? If not, what options does India have?

To understand the Current Account Deficit, it is true we need to see what is happening to our trade in goods and services. But more importantly, we need to understand how a country’s primary income and remittances are moving to upset/ create a balance.

TRADE IN GOODS AND SERVICES
India’s exports have risen by 14 per cent in April-June 2018 over the same quarter previous year. Similarly, Indian exports in 2017-18 had increased by 10 per cent over 2016-17.

Indian imports can be analysed as imports of oil, gold and non-oil, non-gold. The growing trade deficit has been on account of a growing oil import bill due to rising international crude prices. The latter has been due to production cuts by the Organisation of the Petroleum Exporting Countries (OPEC).

The Indians’ obsession for gold is legion and has been the reason for high imports in the past. However, the government’s move to restrict gold imports to stem the rising CAD may be misplaced in the present context.

India had been importing lesser gold in absolute terms year on year since 2015. However, since the CAD itself was declining, the proportion of gold deficit as a percentage of CAD rose to 191.6 per cent in 2016-17.

Merchandise imports in 2017-18 have also increased on account of higher non-oil, non-gold imports- coal, machinery and capital goods- which actually point to a reviving economy.

FOREIGN CAPITAL FLOWS: SOURCE OF CAD?
A country’s CAD is not just determined by its imports and exports. Income flows- both primary and secondary- may also lead to a surplus or deficit on the current account. While remittances (secondary flows of income) into India have been positive and high, deficits have been created by the interest and dividends that India has had to pay out on flows of capital on its financial account, namely Foreign Direct Investment, Foreign Portfolio Flows and Loans, such as External Commercial Borrowings (ECBs). Interest and dividends on such foreign inflows are also part of the CAD. Such interest and dividends on FDI, portfolio flows, and other investments received from foreigners has accounted for 43 per cent of the current account deficit in April-June 2018.

GOVERNMENT’S STANCE
The government has announced five measures to rein in CAD. These include: a review of the mandatory currency hedging requirement for infrastructure loans, permitting manufacturing sector entities to avail of external commercial borrowings up to $50 million with a minimum maturity of one year, a review of the debt investment limits for Foreign portfolio investors, exempting the withholding tax for masala bonds and removal of restrictions on Indian banks’ market making of masala bonds.

What is the likely impact of the government’s currently announced measures to control the diminishing CAD? All five measures are currently on the capital flows (financial account side). Of these, measures such as review of debt investment limits for FPIs, easier rules for manufacturing entities to raise funds overseas are aimed at increasing the supply of dollars. On the other hand, exempting the withholding tax for masala bonds and review of mandatory currency hedging for infrastructure loans are measures aimed at reducing the demand for dollars. These are short-term measures, aimed at helping in financing the CAD, not diminishing the CAD per se.

OPTIONS FOR INDIA
Reining in CAD will require looking at the shortage in availability of foreign exchange in India as a structural weakness. Measures to eliminate such shortage will need to focus not just on curbing imports, but also growing exports through diversifying the product offerings, as also the market mix for such exports. Oil imports can be curbed only through making India self-sufficient in energy. At the same time, the focus should be on improving India as a destination for FDI flows to finance CAD sustainably, so as to reduce the dependence on hot money portfolio flows.

A lack of realistic assessment of the problem would lead to knee-jerk reactions and temporary ‘solutions’, which will not stand the test of time.