Getting a head start may help founders, but learning and taking risks are key to growth 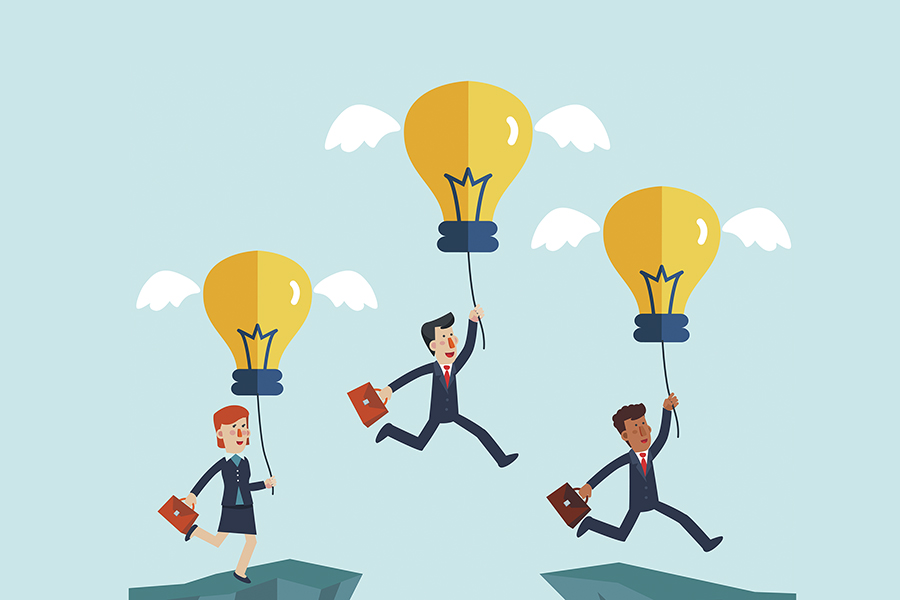 In entrepreneurial circles, there’s a long-running, often contentious debate about who’s ultimately more successful — middle-aged founders or those who launch ventures in their 20s and 30s. Recent research has shown the average age of successful startup founders is 45. Yet founders under 40 run more than 40% of all new firms.

Plenty of well-known entrepreneurs got an early start. Mark Zuckerberg, Bill Gates, and Steve Jobs began their companies when they were in their 20s, contributing to the popular belief that the most successful entrepreneurs start young. (As the 22-year-old Zuckerberg stated, “Young people are just smarter.”) Those who see middle-aged founders as more accomplished say older founders’ years of experience and lessons learned contribute to their outsized success.

Kathryn Shaw, a professor of economics at Stanford Graduate School of Business, contributes to the ongoing discussion with a new paper coauthored with Anders Sørensenopen in new window of Copenhagen Business School. Their research finds that founders in their mid-20s to early 30s learn and invest over time and can ultimately run new firms that are even more productive than those founded by older entrepreneurs.

In particular, entrepreneurs who get an early start running a firm and then open a second one can be quite successful, and in many cases are even more successful than founders who get started in middle age. Shaw and Sørensen find that young founders who become serial entrepreneurs see their sales revenues nearly double between their first and second firm. Their second firm is usually larger than the typical firm of older entrepreneurs.

These young businesspeople who “come of age” as serial entrepreneurs — 9% of all new founders — can evolve to be highly successful, Shaw says. “They’re a select group and they’re real go-getters.”
The Serial Entrepreneur’s Advantage

The researchers looked at data from Denmark on firm sales from 2001 to 2016, following more than 131,000 firms, most of which had founders who started only one firm.

On average, the founders they tracked were 38 years old and had 13 years of education. Seventy-five percent were male. Of all the firms analyzed — a combination of sole proprietorships and limited liability corporations across industries — nearly 18% were run by serial entrepreneurs.

In general, these subsequent firms tended to be more successful over time than novice, or standalone, ones. On average, serial entrepreneurs’ first firms were 57% bigger on their opening day than firms founded by novices.

The researchers discovered that young serial entrepreneurs, those in their mid-20s to early 30s, realize higher returns as they open their second business. Sales at younger founders’ first firms averaged $92,750 and $169,000 at their second, a jump of 82%. While sales at older founders’ first firms started off higher, at nearly $125,000, their second firms were only 20% larger than their first firms, and never matched the average sales level of younger entrepreneurs’ second firms.
Getting Older and Bolder

While some founders with a thriving first firm will choose to stick with a single endeavor, a subset will have both a great idea and the needed energy to start a second. Shaw and Sørensen also looked at these portfolio founders, who kept their first firm open as they opened their second firm, and made up 83% of all serial founders.

Young serial entrepreneurs’ second firms generally don’t fail as often or as fast as those run by novice founders. New firms run by novices fail, on average, three and a half years after opening.

The researchers also looked at the effects of parental business experience. Seven percent of the founders they studied had a father who was an entrepreneur. The probability that these founders would open an incorporated firm rather than a sole proprietorship was 4.3 percentage points higher when their fathers were entrepreneurs. The children of entrepreneur fathers also generated sales that were 5.9% higher than those of other founders.

As young serial entrepreneurs progress, they’re also more likely than older ones to register their second new business as an LLC, the researchers discovered, which protects them from personal losses should their firms fail. This increase in LLCs as young founders age also corresponded with the rise in sales between first and second firms, suggesting a link between the two.

Founders with an LLC may be even more emboldened, Shaw says. “The advantage of an LLC is that no creditors can go after your personal wealth if your firm fails,” says Shaw. “It gives downside protection, and when you have downside protection, you’re going to take on riskier projects in starting your new firm. Outsized firm success is then more likely when the entrepreneur takes greater risks, thus moving to LLC status with the second firm underpins the second firm’s greater sales success.”

“Young successful serial entrepreneurship is synonymous with portfolio entrepreneurship,” Shaw and Sørensen conclude. They describe these portfolio founders as the “stars” of serial founders. “We show that’s a clear way of achieving success,” Shaw says.