The cricketer has worked on his physical well-being, his game, as well as his image 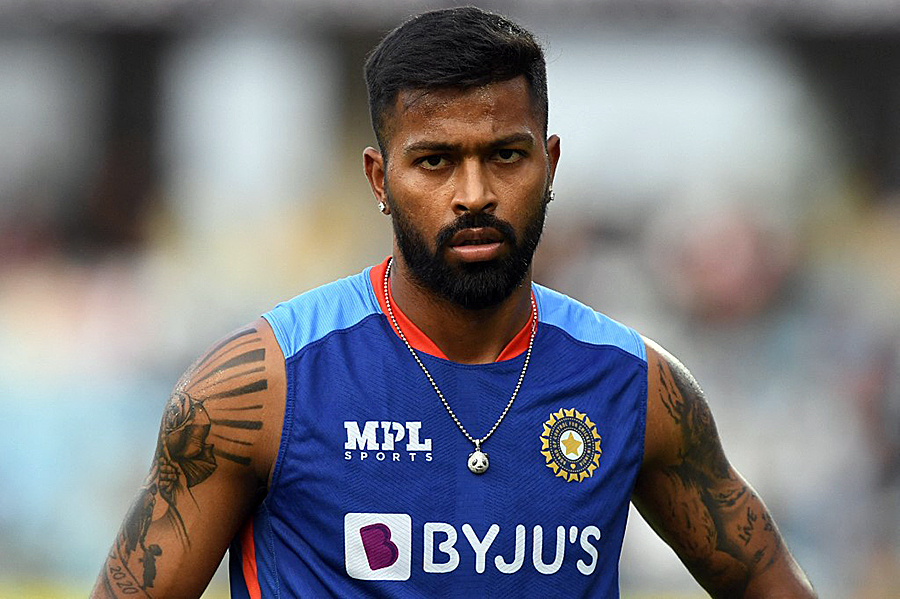 Currently, cricketer Hardik Pandya endorses a total of 11 brands. He has also signed soon-to-be announced five deals. Image: Indranil Mukherjee / AFPIndia's performance during the ongoing Asia Cup has left many upset fans. But fans of cricketer Hardik Pandya at least have something to cheer about. Pandya has made a solid comeback after a career threatening back injury he suffered during the tournament back in 2018. The Vadodara-born cricketer had steered Gujarat Titans to its debut victory at the Indian Premier League (IPL) in 2022 as its captain.
When Pandya first arrived on the Indian cricket scene he was seen as a young brimming all-rounder. However, his injury on the field and his out-of-field activities (the infamous Koffee with Karan episode where he made inappropriate remarks about women) ensured that he remained in the limelight for all the wrong reasons.

However, Pandya has turned a new leaf.
Industry experts that Storyboard18 have spoken to believe that the cricketer has worked on his physical well-being, his game as well as his image. This has helped his brand equity to soar. RISE Worldwide, the sports management agency that manages Pandya’s brand portfolio, says that there has been a 30 percent to 40 percent jump in the brand endorsement value of the cricketer in the last six months. Currently, he charges around Rs 1.5 crore to Rs 2 crore per day basis for an annual brand deal.

Pandya has about 22 million followers on Instagram alone. A total of 41 million followers across Facebook, Twitter and Instagram. He is the third-most followed cricketer on these platforms after Virat Kohli and Rohit Sharma.
Nikhil Bardia, head of sponsorships sales and talent, RISE Worldwide tells Storyboard18 that Pandya’s evolution from being the cool boy in Indian cricket to a leader and family man who is committed to the craft is noteworthy.
“His leadership trait and consistent performance along with the attitude he brings to this field is unmatchable. He continues to evolve, which brands will look to leverage with long-term strategic partnerships that we will set up for him,” he says.
Pandya, for instance, has recently signed a deal with men's lifestyle brand Villain, part of India's fastest unicorn Mensa Brands. The cricketer will promote a range of men’s fragrances from the brand.
Ananth Narayanan, founder and CEO, Mensa Brands, says, "If there is anyone who truly embodies the persona of Villain with their leadership attitude, incredible style, and never-back-down energy, it's Hardik Pandya. Villain is on the road to becoming one of the fastest growing fragrance brands of the country and with Hardik joining us, it's only going to become bigger and better."
Currently, Pandya endorses a total of 11 brands across categories including BoAt, Sin Denim, Britannia, and Gulf Oil India, among others. He has also signed soon-to-be announced five deals.
“We have currently signed and renewed deals at a 30 to 40 percent premium, purely credited to his distinctive style and appeal amongst the audience at large. With Hardik’s recent success and a long career ahead, we are expecting heightened interest over the coming months and we’re looking at a number of 20 brands in his portfolio by the end of this year,” says RISE Worldwide’s Bardia.

Karthik Nagarajan, chief content officer, Wavemaker India and head—branded content, GroupM India, believes that in the past two to three years, Pandya has also evolved as a player and a leader.
“Hardik, the leader, was effortless and impactful in his first season in IPL 2022 as captain of the Gujarat Titans, which was a dream run. He has worked on his image and lets his bat and ball do the talking and his performance is the loudest expression. All of them augur well for brands that want to appeal to a generation of young sports fans that he is inspiring,” he notes.
Pandya’s successful captaincy of the Gujarat Titans has also helped him add several new brand associations, such as Amazon Alexa, MX Takatak and Taco Bell, to his existing portfolio of brands, notes Aviral Jain, managing director of Kroll, a company that provides proprietary data, technology, and insights.
“He has grown his portfolio in technology and new-age segments given his strong connection with the next generation and his brand positioning of being cool, energetic and reliable. Given his recent success, consistent on-the-field performance and growing social media follower count, we expect his brand value to rise significantly in 2022 from about $10 million in 2021,” adds Jain.

The Koffee With Karan episode aired in 2018 has caused a dent in Pandya’s image which also led to severe loss in his brand equity. Though experts believe that the controversy is in the past. Since then he's upped his game on field and teams behind the scenes have cultivated his cool family-man persona on social media.
“Brand equity for celebrities has become a very ‘now’ thing. With the kind of data at the disposal of brands, what gets measured is the current equity a celebrity has and whether they resonate with the audience cohort in a positive way. Hardik 2.0 checks all these boxes,” says Nagarajan.
Since IPL 2022, Hardik has batted in 29 innings in white ball cricket and scored 901 runs at an average of 42.90. He has also claimed 25 wickets in just 79.3 overs, which translates to taking a wicket in every third over that he bowled.
If he continues with his consistent performance on-field it is only a matter of time that he could join the A-league of brand endorsers consisting of Virat Kohli and Rohit Sharma.

Tweets by @forbesindia
GameStop takes its crypto dream a step ahead with a new partnership with FTX US
Queen Elizabeth II: Major milestones from the life of the longest serving monarch