Storyboard18 - April 2009, a 7UP ad script featuring Bappi Lahiri has just been approved by the marketing director...

In loving memory of Bappi Da, the man who allowed everyone to spin a funny yarn at his expense just so he could make them happy 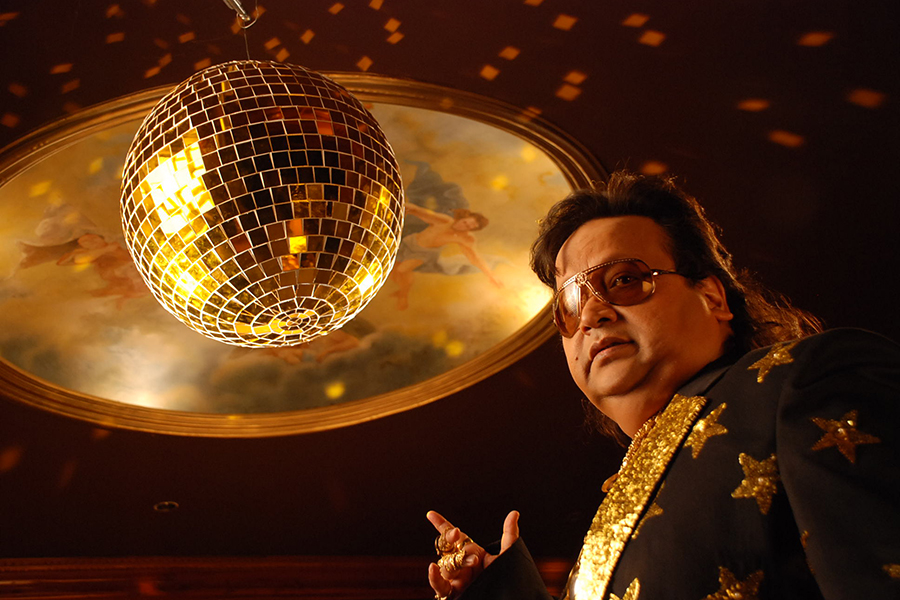 Opens on an unusually euphoric agency team in a large conference room of an extremely large soft-drink major’s office.

April 2009. A 7UP script, featuring the incomparable Bappi Lahiri, has just been approved by the marketing director. No, make that wholeheartedly approved, in an effervescent moment now known as ROFL.

The junior brand manager is going through a mild bout of post-approval dissonance. It’s one of those ‘If-the-creative-guys-are-so-happy-can-this-be-right-for-the-brand’ moments.
The creative director jumps in. ‘It’s a match made in pop culture heaven. A lemon drink, giving away golden lemons ties up with the King of Bling. This’ll be the greatest promo ever.’

Cut to creative jam with the film director.

Director (D): Dude, you think he will agree to do it? (Back then, it was still fashionable to say dude, before bro took over.)

Creative director (CD): You know the thing about legends is that they never stop reinventing themselves for newer audiences. Besides, self-deprecation is considered a virtue of great men. Not ordinary ones.

D: It’s always been a dream to work with him. This could be epic.

CD: We should exaggerate. Like he keeps Mari’gold’ flowers in his living room and serves only gold biscuits with tea.

D: And has a gold gym at home? Has a Golden globe instead of a chandelier? Keeps a gold fish, like you know, one that doesn’t move?

CD: Yes! Exaggeration is the sincerest form of flattery.

Cut to the day of the big shoot. Brilliant set, bright lights. History’s about to unfold. But before that everyone’s sunglasses need to unfold because the set is so dazzlingly shiny.

The great man finally arrives on set with his entourage, lo and behold the golden star-spangled jacket he’s wearing. It perfectly complements his trademark gold chains, lockets and bracelets. There’s so much gold on set, everyone is feeling rich.

Bappi Da walks across the shoot floor, greeting everyone with a warm smile, spreading the glow. His swagger is totally infectious as he skips the fuss and gets straight into the first shot. It’s a perfect take. On to the next shot, even breezier.

Cut to a set change. Agency team is sitting with him in front of the video assist, looking through the takes. He looks satisfied with his performance so far.

CD: Dada, exactly how much gold do you wear?

Bappi Da: (Gurgles with laughter) Did you know, during the Great Recession of 2008, some American newspapers said that the only reason India survived the economic downturn is because of the amount of gold that Bappi Lahiri wears? Ha ha, silly people, they haven’t seen all my accessories yet!

He then proceeds to sort through layers of chains and lockets to pull out his prized golden Ganesha pendant.

Bappi Da: Nothing happens in life without his blessings. I’ve been incredibly lucky. Are you a believer?

Food for thought. Moments later he’s back on the floor and the shoot progresses with some delightful improv. His energy is almost childlike as he plays along.

D: He’s such a sport. I mean he knows this is a spoof, but he’s totally up for it. He’s laughing at us laughing at him. Legend.

CD: Fingers crossed man, let’s just get through all the shots we need.

The unit breaks for lunch and the producer has quite predictably arranged an exquisite Bengali spread. But taking the conventional path never really appealed to Dada. The Disco King has other plans.

Over lunch, he talks about his collaborations with Sam Fox and an ambitious project he’s planning in Los Angeles with none other than Snoop Dogg. Agency is listening, jaws wide open.

The rest of the shoot goes on very smoothly. The director wants some scatting, Dada throws some super percussive scatting at him. The director cooks up some random lyrics – I am a golden man, you are my golden fan – Dada belts out three variations instantly. People are ducking under tables and pillars to hide their laughter. This is comic gold. But Dada doesn’t care.

And just as all amusement parks have a closing time, this shoot too must end. The entire unit stands up to applaud the legend and he thanks everyone for their efforts. Before stepping into the car, he reminds the director to call him for the dubbing. His fans would be disappointed if someone else were to do his voice.

The director heaves a satisfied sigh.

D: You think we got away with it?

CD: No, we didn’t. He allowed it. You know, as a kid I would pester dad to draw whiskers on his face with a marker, because it made him look funny. He would allow me that silly wish, just so he could see me laugh.

There’s greatness in that permissiveness. He’s allowing us our silly wish. Allowing us to spin a funny yarn at his expense, so he can see us laugh heartily. That’s beyond great, dude.

About authors: Sandipan Bhattacharyya is managing director and chief creative officer at GREY. He was the writer and creative director behind this campaign.

Ayappa is a filmmaker and partner at Earlyman film. He directed this campaign.

Tweets by @forbesindia
Ashish Lachhwani, cofounder, on the award-winning semiconductor technology work and plans ahead at Steradian
How Credit Suisse served strongmen and spies