An extraordinary leak of data from Credit Suisse, one of the world's most iconic banks, is exposing how the bank held hundreds of millions of dollars for heads of state, intelligence officials, sanctioned businessmen and human rights abusers, among many others

By Jesse Drucker and Ben Hubbard 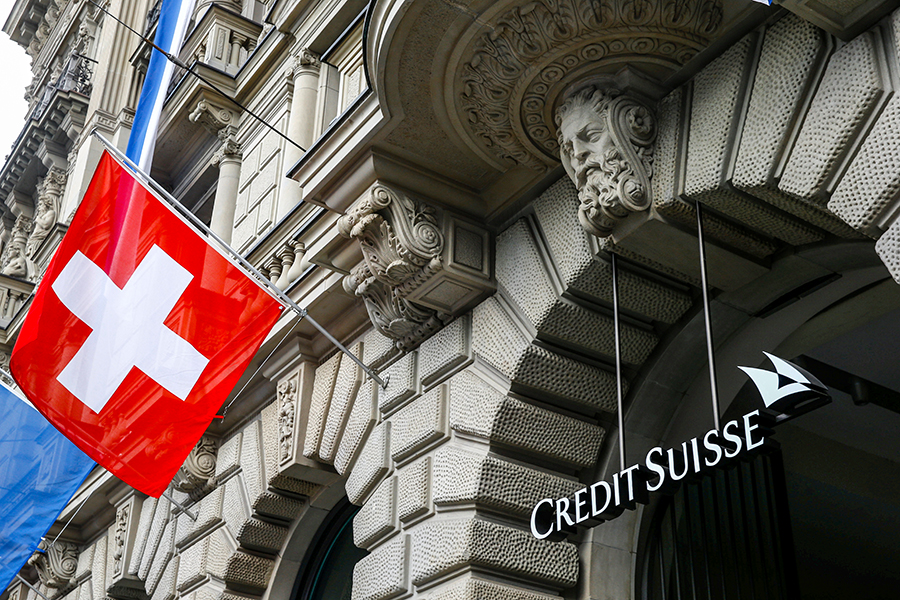 The client rosters of Swiss banks are among the world’s most closely guarded secrets, protecting the identities of some of the planet’s richest people and clues into how they accumulated their fortunes.

Now, an extraordinary leak of data from Credit Suisse, one of the world’s most iconic banks, is exposing how the bank held hundreds of millions of dollars for heads of state, intelligence officials, sanctioned businessmen and human rights abusers, among many others.

A self-described whistleblower leaked data on more than 18,000 bank accounts, collectively holding more than $100 billion, to the German newspaper Süddeutsche Zeitung. The newspaper shared the data with a nonprofit journalism group, the Organized Crime and Corruption Reporting Project, and 46 other news organizations around the world, including The New York Times.

The data covers accounts that were open from the 1940s until well into the 2010s but not the bank’s current operations.

Among the people listed as holding amounts worth millions of dollars in Credit Suisse accounts were King Abdullah II of Jordan and the two sons of former Egyptian strongman Hosni Mubarak. Other account holders included sons of a Pakistani intelligence chief who helped funnel billions of dollars from the United States and other countries to the mujahedeen in Afghanistan in the 1980s and Venezuelan officials ensnared in a long-running corruption scandal.

The leak shows that Credit Suisse opened accounts for and continued to serve not only the ultrawealthy but also people whose problematic backgrounds would have been obvious to anyone who ran their names through a search engine.

Candice Sun, a spokesperson for the bank, said in a statement that “Credit Suisse strongly rejects the allegations and inferences about the bank’s purported business practices.” She said many of the accounts in the leak date back decades to “a time where laws, practices and expectations of financial institutions were very different from where they are now.”

Sun said that while Credit Suisse can’t comment on specific clients, many of the accounts identified in the leaked database have already been closed. “Of the remaining active accounts, we are comfortable that appropriate due diligence, reviews and other control-related steps were taken, including pending account closures,” she said.

Sun added that the leak appears to be part of “a concerted effort to discredit the bank and the Swiss financial marketplace, which has undergone significant changes over the last several years.”

The leak follows the so-called Panama Papers in 2016, the Paradise Papers in 2017 and the Pandora Papers last year. They all shed light on the secretive workings of banks, law firms and offshore financial-services providers that allow wealthy people and institutions — including those accused of crimes — to move huge sums of money, largely outside the purview of tax collectors or law enforcement.

The new disclosures are likely to intensify legal and political scrutiny of the Swiss banking industry and, in particular, Credit Suisse. The bank is already reeling from the abrupt ousters of its two top executives.

With its ironclad bank-secrecy laws, Switzerland has long been a haven for people who are looking to hide money. In the past decade, that has made the country’s largest banks — especially its two giants, Credit Suisse and UBS — a target for authorities in the U.S. and elsewhere who are trying to crack down on tax evasion, money laundering and other crimes.

Three years later, the bank paid the Justice Department $5.3 billion to settle allegations about its marketing of mortgage-backed securities. Last fall, it agreed to pay $475 million to U.S. and British authorities to resolve an investigation into a kickback and bribery scheme in Mozambique. And this month, a trial got underway in Switzerland in which Credit Suisse is accused of allowing drug traffickers to launder millions of euros through the bank.

The Justice Department and the Senate Finance Committee are also looking into whether U.S. citizens continue to hold undeclared accounts at the bank.

Several former Credit Suisse employees told federal prosecutors late last year that the bank continued to hide hundreds of millions of dollars for clients long after its 2014 guilty plea, according to a whistleblower lawsuit filed last year by a former bank official and a lawyer for other former employees. (The suit was dismissed after the Justice Department said it “threatens to interfere with ongoing discussions with Credit Suisse” about dealing with Swiss bank accounts held by U.S. citizens.)

The media consortium has nicknamed the latest leak “Suisse Secrets.” Of the more than 18,000 bank accounts involved, roughly 100 U.S. citizens held accounts, but none are public figures.

Among the biggest revelations is that Credit Suisse continued to do business with customers even after bank officials flagged suspicious activity involving their finances.

Employees in Credit Suisse’s compliance department had reason to be wary of doing business with him. The bank had a 2008 report by an outside due-diligence firm detailing corruption allegations involving Villalobos and Venezuela’s state-owned oil company, Petróleos de Venezuela, according to a Spanish police report obtained by the media consortium. (The Times reviewed the report.)

Credit Suisse nonetheless opened an account for him in 2011, the leaked bank data shows. The account, which was closed in 2013, held as much as $10 million.

Lawyers for Villalobos, who was criminally charged by the Justice Department in 2017, didn’t respond to requests for comment.

All told, there were 25 Credit Suisse accounts, containing a total of about $270 million, that belonged to people accused of being involved in a wide-ranging conspiracy surrounding Venezuela’s oil company. The accounts remained open after the scandal started to become public, but were closed by the time criminal charges were filed.

The bank also kept accounts open for a Zimbabwean businessman who was sanctioned by U.S. and European authorities for his ties to the government of the country’s longtime president, Robert Mugabe. The accounts stayed open for several months after the sanctions were imposed.

The leaked records were provided to Germany’s Süddeutsche Zeitung more than a year ago by an unidentified whistleblower. Of the dozens of news organizations collaborating on the project, none were based in Switzerland, where a 2015 law restricted journalists from writing articles based on internal bank data.

The whistleblower said in a statement to the media consortium that Swiss bank-secrecy laws were “immoral.”

“The pretext of protecting financial privacy is merely a fig leaf covering the shameful role of Swiss banks as collaborators of tax evaders,” the whistleblower said.

Tweets by @forbesindia
Storyboard18 - April 2009, a 7UP ad script featuring Bappi Lahiri has just been approved by the marketing director...
Storyboard18 - Girl Uninterrupted: The danger in undervaluing and understudying teenage girls