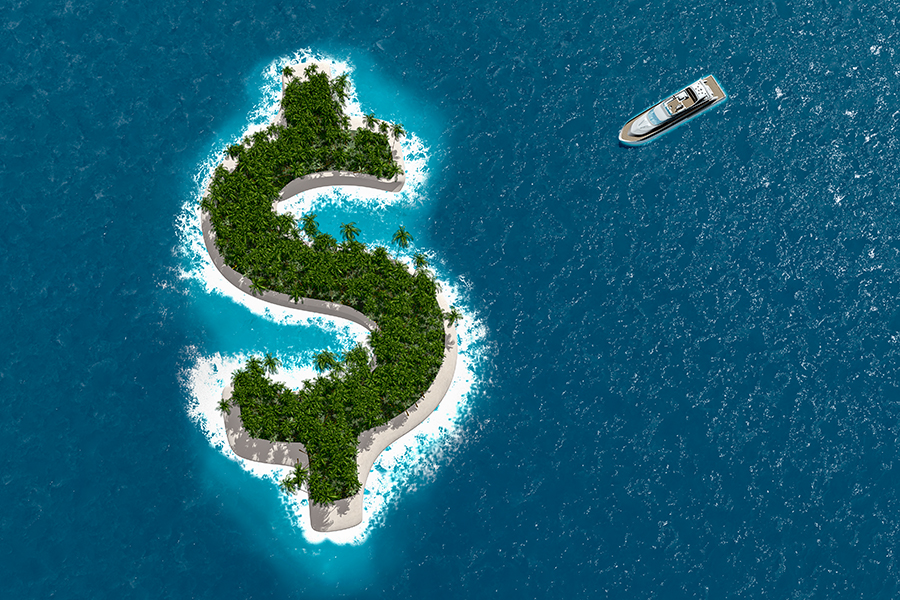 MNCs seem to be sensitive to being called out for having a subsidiary in a notorious tax haven. They also tend to not disclose operations in countries that might invite increased scrutiny
Image: Shutterstock

How multinational firms should be taxed and how governments can prevent them shifting income to low-tax countries known as tax havens is an ongoing international debate.

Scott Dyreng, an accounting professor at Duke University’s Fuqua School of Business, researches how multinational firms use subsidiaries in countries such as the Cayman Islands and Bermuda to lower their tax rates.

In a paper published in the Journal of Accounting Research, Dyreng used data from the Internal Revenue Service to show that some multinationals are not disclosing significant foreign subsidiaries in their annual reports, in violation of U.S. Securities & Exchange Commission rules.
Dyreng discussed the findings in this Q&A.

Q. How often are companies failing to disclose foreign subsidiaries?
A: Most companies are complying with the SEC rules. We found that about 8 percent of SEC filings make it look like companies aren’t operating in tax havens when they are. The rule is that companies must file with the SEC the name and location – though not any financial information – of any subsidiaries that comprise more than 10 percent of the firm’s assets or sales, whether individually or collectively. That means firms should be disclosing where at least 90 percent of their business is registered.

The subsidiaries that companies leave out of their reports tend to be in countries known as tax havens. This implies that firms are selectively complying with this disclosure requirement, such that when they don’t, they’re being strategic by failing to disclose subsidiaries in what we might call shady places — tax havens, corrupt countries, and places with poor human rights records or high political risk.

Companies seem to be sensitive to being called out for having a subsidiary in a notorious tax haven. They also tend to not disclose operations in countries that might invite increased scrutiny. It appears their concern is negative publicity because the IRS knows they have subsidiaries in these places, but the information isn’t disclosed to the SEC and isn’t public.

Q. Are there penalties for nondisclosure? And why doesn’t the SEC know about subsidiaries if the IRS does?
There are penalties for non-disclosure, but they are small. The SEC does not have access to the IRS tax filings because tax filings are private, and even the SEC cannot legally access them. We had to gain access to IRS data through a special program for researchers in order to conduct this research.

Q. How did you use the data to make this discovery?
In 2009, I wrote a computer program to scrape information from the financial statements of multinational firms about their subsidiaries. That analysis confirmed firms with subsidiaries in tax havens had lower overall tax rates. I made that data available so anyone could download it, and plenty of firms took heat from the public for their offshore tax arrangements.

Sometimes after a firm received bad publicity for involvement in tax avoidance, the number of subsidiaries disclosed to the SEC dropped drastically. But it was hard to claim companies did something shady, unless you could determine that they stopped disclosing subsidiaries that were significant. A firm could just say they had previously been choosing to disclose subsidiaries that weren’t significant, and were now choosing not to do so because it wasn’t required.

I was interested in signals that could show what companies should be disclosing. Working with IRS researchers, we were able to look for those signals.

Companies have to disclose all of their subsidiaries to the IRS, along with some financial information including assets and earnings. With that private data, we could determine whether a subsidiary met requirements for a significant subsidiary, then check with the SEC to see whether the company had publicly disclosed it.

If it didn’t show up in SEC filings, we knew the firm chose not to disclose it. Then we looked to see where the subsidiaries were, and we found they weren’t random, but that there were systematic characteristics suggesting the companies were strategically omitting them.

Q. It’s easy to see why firms would try to avoid bad publicity from trying to keep their taxes low. But if that improves firm value, should shareholders care?
From a business standpoint, it’s not clear the firms should care, and it’s possible shareholders might appreciate the strategy. But shareholders want to know what economies their investments are exposed to, and we show that right now they don’t always know that. If a firm is operating in a country with a lot of political instability, that adds risk to investing in the firm. Companies can have competitive reasons for not wanting every link of their supply chains to be public, but it’s information shareholders should demand.

The same is true when a firm is concealing operations in a tax haven. If that information leaks and there is a public backlash, that could affect the value of a shareholder’s investment in the firm. We know that public pressure pushes companies to behave better. Firms in the public eye tend to avoid behaviors that will result in bad publicity. The SEC could do more to enforce their existing rules, or they could simply require firms to disclose all foreign subsidiaries, as many countries do already.