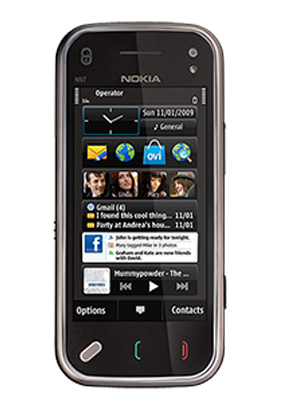 "At the highest level, what I have initially found is a company with many great strengths and a history of achievements that are second to none in the industry. And yet our company faces a remarkably disruptive time in the industry, with recent results demonstrating that we must re-assess our role in and our approach to this industry.” These words by Stephen Elop, the newly appointed CEO of Nokia, sent out a message loud and clear that Nokia needs a facelift for its business strategy to prevent its dwindling market share. In reality, Nokia needs much more than a new CEO. The company needs a complete renovation of its business model that addresses Nokia’s failure to react to dynamic market trends.

The launch of iPhone in 2007 had completely changed the face of the mobile phone industry and Nokia has been losing its grip on the market ever since. The feature rich Nokia N97 saw a sales figure of 500,000 phones in the first quarter of its launch as compared to Apple iPhone’s phenomenal sales of 1,000,000 phones in the first week. Also, the recently launched product from Nokia in the N-series, the N8, has been overshadowed by the demand for Apple’s iPhone 4, according to reports from financial company Morgan Stanley.

A recent survey of 150 smartphone retailers revealed that the Apple‘s iPhone is outselling Nokia‘s 12 megapixel powerhouse, six to one in Europe. Morgan Stanley analyst, Patrick Standaert says: “The N8 scores highly on most key handset features except applications. However, with more than 400,000 developers on Qt and three million downloads a day, Nokia is showing some encouraging improvements on this front.”

Still, it seems like Nokia has a lot of catching up to do in order to sustain in the ever increasing competitive mobile industry. So the evident question that stands out is where or why is Nokia lagging behind?  The low satisfaction level index clearly illustrates that Nokia has been unable to meet the satisfaction levels of its customers who use smartphones.

Nokia manufactures distinct products for the smartphone user segment. The ‘N’ series caters to the Entertainment users while ‘E’ series targets the communication user segment. Internet usage is a common aspect for both entertainment and communication users. Entertainment users are more likely to use internet to download applications and games, music, and to connect to social networking sites. On the other hand, communication users prefer services to access e-mails, video conferencing and instant messaging. Internet is critical for both the users. In comparison with its competitors, the statistical data for internet usage on Nokia smartphone handsets is substantially low.

There is an imminent disparity between Nokia’s products and its targeted customers. Either Nokia products are not reaching the intended consumers or they are plainly failing to meet customer satisfaction levels.

Nokia also has a wide range of products than any other mobile manufacturer. Its wide product portfolio is clearly not helping to improve its market share. Nokia in an anxious attempt to regain its lost market is heaving the market with a myriad of products. A broad product portfolio will consequently boost its overall cost, reduce its profit margins and spread its customers slim across each product line.

To successfully capture the market, it essential that the company recognizes the right customers and also realize adequate number of consumers for each segment, which acts as a basis point for consumers to differentiate between consecutive product lines.

Nokia has not been able to address both of these issues, consumers have not been able to embrace its products and are thinly scattered across the various product ranges. Therefore, Nokia should concentrate its efforts towards the development of products and services that can be acknowledged by explicit customer needs suit their respective lifestyles.

Telecom operators wield control in, sales & marketing, distribution in most of parts of the world thereby influencing sales of smartphones in the respective regions; this value chain aspect is a key strategic issue that needs to be addressed.

Telecom operators’ collaborate with various mobile manufacturers to provide data and 3G plans with the smartphone and use their distribution channels for its sales. Voice ARPU (Average Revenue Per Unit) is losing its gleam Data ARPU slowly takes over in the future, as a result of which telecom operators are particularly interested in marketing bundles that improve data ARPU.  The low internet usages on Nokia phones do not provide any incentive for telecom service providers to provide Nokia handsets with their packages. This has negatively impacted Nokia’s potential consumer base, can be attributed for its low market share especially in the US.

Consumers’ perception of Nokia as a ‘2G’ Mobile phone manufacturer has an adverse effect on Nokia’s image. Is ‘Brand Perception’ a show spoiler for Nokia? Should Nokia be sub-branding its products to change consumer perception? ‘Nokia’ as a brand has a high global recognition and creating a sub-brand to market its values on a global scale might be an excruciating    task. Branding their products as low-end and high-end mobile phones differently may or may not cast any magic on its declining market share. 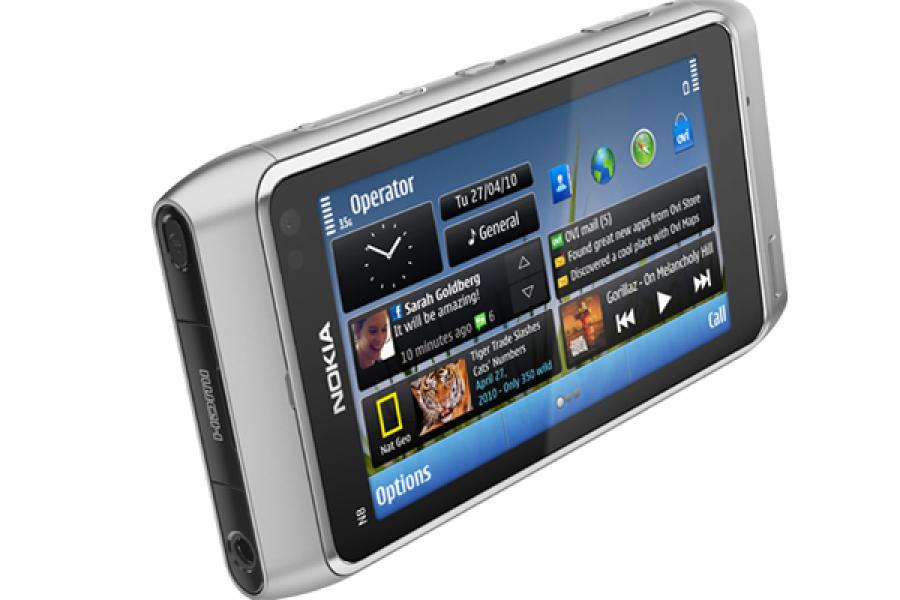 Nokia has pioneered the mobile hardware technology; however it has not been able to maintain its reputation as a credible software innovator. The performance of Symbian operating system in the smartphones has been lackluster and has been found wanting. In 2010, Nokia contemplated offering open source operating system with the help of MeeGo. With the conception of MeeGo, Nokia has increased its offering to three platforms (including Symbian S40 & S60). Unless, Nokia is able to formulate an understandable strategy for its multiple platforms, it would spell disaster for Nokia’s products. Furthermore, Nokia should clearly differentiate its products from each other in order to add value to its numerous platforms.

General perception holds that Nokia will gradually phase out of the competition in the mobile phone industry, However Nokia’s smartphone strategy seems to be heading in the right direction. Although there is surge of smartphones in the mobile handset market and Nokia is making efforts compete in the space, it continues to lay emphasis on its generic product range. Nokia will lose close to 300 millions of sales to competition if it shifts its focus away from the basic phone segment. Rather than competing for the luxury consumer base, Nokia can leverage its stronghold on the loyal customer base to help them upgrade to a Nokia smartphone.

Although remaining operating systems such as Windows and Palm have succumbed to the likes of iOS and Android, Symbian has been able to weather the storm and retain a fair share of the pie through heavy investments in research and development. They were able to upgrade their OS constantly and kept in pace with the evolving market needs.

In countries like India, China, Brazil, Russia, Indonesia, Africa, etc., there is a huge market for smartphones which will be addressed by incorporating Symbian into lower cost phones, which will be targeted at the mid price segment.

Nokia is pinning its hope on MeeGo and believes that it can be a key strategic tool that can help iron out a lot of concerns that has stagnated Nokia’s growth. MeeGo is developed in partnership with Intel; it combines the best of Android, Windows OS and iOS features. It is a ground-up OS optimized for touch screen smartphones, which are application oriented. The fact that it is Linux based makes it an open sourced platform, which provides a high degree of flexibility and customization options. Though this development path is cumbersome and expensive due to the parallel development of two smartphone OS, it will benefit End Users, Nokia distributors and Nokia App developers.

Nokia identified a blue ocean by coming up with a customer oriented App Store – OVI. But, they failed due to the lack of support from the service providers and distributors as they feared that Nokia was entering their market space. It is estimated that 6.674 billion applications will be available through application stores by 2014. Hence Nokia cannot show any slack as far as the application development and distribution is concerned. Currently OVI is the second best app store for mobile applications and hence this is another reason why Nokia should not switch to Android OS.

Nokia’s can use its financial stability to employ itself in a price war. It produces 13 cell phones per second and with the manufacturing economies of scale, Nokia can afford to push smartphone prices down while still remaining profitable. Instead of engaging in price wars it can set an industry yardstick for operating profits in mobile phone industry which can exert considerable pressure on its competitors through investors and shareholders of the respective companies. In the race for increasing operating profits competitors might stumble through hasty decisions. Nokia has to adopt an aggressive competitive strategy to take on dominating smartphones players in the market.

Nokia has been diluting some of its business units that do not add value. Nokia has to continue divestments and focus its resources and vigor on smartphone business. The growth potential of the smartphone industry is huge and it can add considerable value to the company.

The smartphone industry is on a path of continual advancement and Nokia has to be on the lookout for the inflection points. Inflection points bring in upsetting changes in technology which cause a sea-change to the entire industry and neglecting such inflection points can be catastrophic. In conclusion, it can be said that Nokia’s strategy has been meticulously planned for long term sustainability. Their strategies are aligned in the best interest of the demand of their end user community, distributor, suppliers and developer community. Its current strategy to have an integrated solution of Symbian, MeeGo, QT and OVI store will help Nokia not only capture the lost market share but also continue to be a market leader.