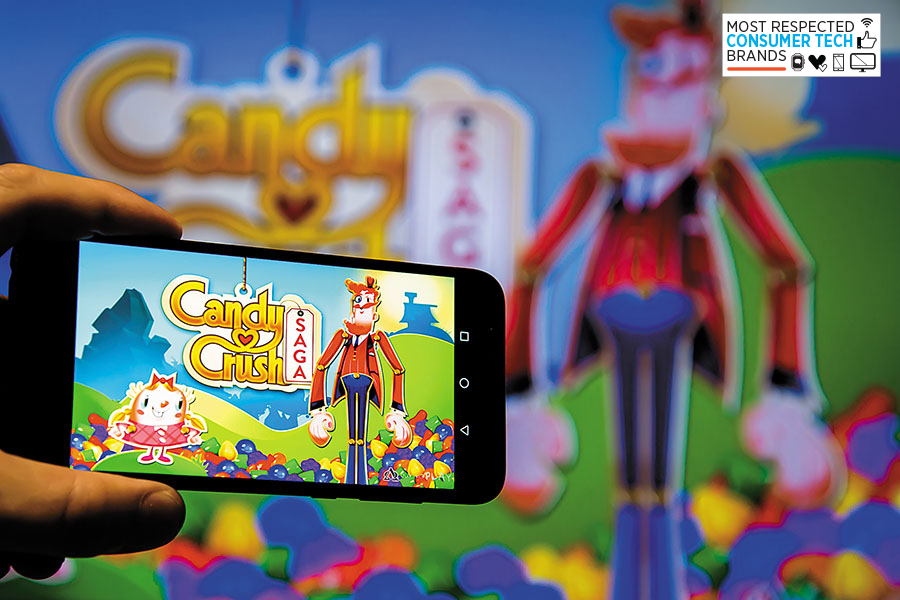 Akhil Vincent, 27, manager of a resort in Thiruvananthapuram, says the mobile gaming application Candy Crush Saga is his go-to stress-buster. It’s the same for his employees too, who use it more aggressively. “At times, when I approach my staff for something, I see them busy on their phones. It’s Candy Crush,” Akhil says. It is as if they are asking him to ‘hold that thought’ and let them finish a level first.

For millennials like Srinidhi Raghavan from Mumbai, who is in her late 20s, the game gives relief during long commutes. Users take an interest to the game’s ‘match-three’ puzzle format, where they progress through levels by combining matching candies on a game board. The level is crossed once all of them have been matched. Each level is designed with different types of candies and belong to different ‘worlds’ (aka levels) in the app. All of them combined make the free app highly appealing. One can progress faster in the game by making various in-app purchases. This explains why the game, launched in 2012 by Swedish gaming company King.com, appeals to and attracts millions of users every month, the number rising exponentially every year. After its global popularity, the company has launched at least 20 versions of the game, most of them drawing from the same fundamental strategy as Candy Crush Saga.  This is the only mobile gaming application that made it to the Forbes India–TRA Research list of the Most Respected Consumer Tech Brands. According to Sensor Tower, a website that calculates the ‘score’ of an app based on visibility and global presence, Candy Crush Saga was downloaded 9 million times worldwide in October. In the same month, it generated revenue of $36 million primarily through in-app purchases, giving it the top A+ score. Neuropsychiatrist Dr Rohann Bokdawala believes the game retains its large user base because it provides instant gratification to the brain. “This happens because the brain produces dopamine, a chemical responsible for pleasure,” he says. “The initial levels of the game are easy enough to hook the player. Clearing one level increases the dopamine level, which is similar to getting a reward. And the brain is a sucker for rewards.” There is a thin line, however, between pleasure and addiction, an area that Candy Crush Saga has been notorious for treading. Dr Bokdawala, who is also a de-addiction specialist, explains that playing the game gives people an addictive high that is “comparable to doing drugs or consuming alcohol”. Delhi-based Jyotsna, 36, is one such user who was consumed by the game for a few years. “I used to play the game for hours and loose track of time,” says the health writer, who quit playing the game because of its addictive nature. As far as numbers go, be it leisure or addiction, the Candy Crush Saga and its variations seem here to stay.

Tweets by @forbesindia
What's in it for Zomato to buy out cash-burning Uber Eats?
Break bones, not ideals: When students become teachers