Will Cognizant Dethrone Infosys Next?

Cognizant is only $184 million behind Infosys in quarterly revenue

Yesterday’s news about Cognizant overtaking Wipro was just a formality. For almost two years now we’ve been hearing how Cognizant is closing the gap with Wipro. In January when Mr Premji dismantled the co-CEO model at Wipro, this was cited as one of the reasons for asking the two CEOs to go.

But what really is the significance of this ranking? Who really cares if Cognizant is number three or four? Do you think clients care? Not really. If that were the case then the industry should end at the top four to five  players. We know that the Indian IT industry has a very long tail and there are many companies of different sizes there. The reason they exist is because some clients value the work they provide and want to work with them. 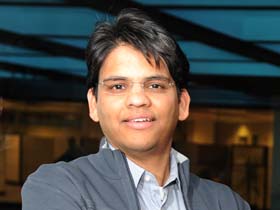 Francisco D'Souza, President and CEO, Cognizant Technology
Does the street care if you are number two or three? Again, not really. We only need to look at TCS and Infosys, to know that for decades Infosys though smaller than TCS was the darling of the stock markets. And in any case Cognizant is not listed in India so it doesn’t really matter.

So who cares? To a large extent employees care about this, because it signals to them that the other company has a certain growth and momentum which they seem to be lacking. The analysts and media care because again it shows to them that the challenger is making choices, which the incumbent is not. It makes for great stories.

So does it mean that we should all just sit back and pretend like nothing happened? No, that’s not what I am saying. Cognizant’s rapid growth means a lot. To me it means that the company has a certain momentum, which to a large extent stems from its leadership. The IT services business is all about energy. There is no rocket science; whatever one company tries the other company will copy. But momentum is one thing that is very hard to replicate. At the end of the day in services companies how your employees feel each day about where they work is very important. The IT business is also extremely taxing in terms of time. Senior managers work 12-14 hours and then travel constantly between time zones. They have very bad work life balance. Because the media and analysts obsessively track every minute thing each quarter, it is also a hyper competitive environment. Energies can easily sap. But if your organisation has momentum and your leadership is seen as charged, it creates a high and you continue to pound the gravel.

I have seen the same momentum in Infosys during the early part of last decade, when NRN Murthy had handed over the reins to Nandan, Phaneesh was the head of sales, Mohandas Pai was the CFO and they were growing at 100 percent. Everytime you visited the campus, you felt the air was charged with something.

Cognizant gives you the same feeling these days. That is its most dangerous weapon.

The question now everybody seems to be asking is – will Cognizant dethrone Infosys next? That’s a really tough one to answer. Cognizant will never admit it, but the one company it loathes and admires is Infosys. The fact that they are only $184 million behind Infosys (in quarterly revenue) will be giving them a great amount of joy, no doubt. But they also know that Infosys makes a hell of lot of more money than them. For the latest quarter Cognizant earned a net profit of about $200 million (on revenue of $1.48 billion), Infosys earned $384 million (on revenue of $1.6 billion)

This means that if Infosys wants, it can lower it’s margins (Infosys net margins are about 8-9 percent higher than Cognizant) reinvest that into sales and marketing or start picking up deals at lower price points and beat Cognizant at its own game. No other company has that kind of cushion. How Infosys manages its investor expectation will be a challenge, but it now has a reason to do it and it can convince its investors if it wants to.

It will then be a truly interesting battle to watch.

Tweets by @forbes_india
The Givers and the Crusaders
Stretching The Frame