Of What Kind is Your Diamond?

Cultured diamonds could not only create a new market segment in India, they could even shake up the natural diamond trade 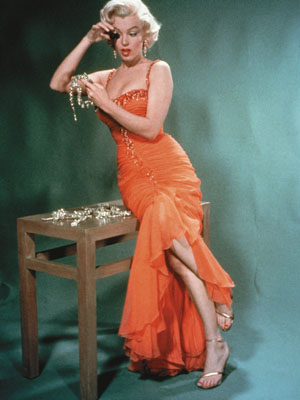 Image: Corbis
TAKE YOUR PICK "Diamonds are a girl's best friend," sang Marilyn Monroe in the 1950

The glint is the same; the twinkle in the eye of the giver is the same; the cost is a little less, but these are diamonds with a difference. They are not born deep in the bowels of the earth. Rather, they are created in laboratories like test-tube babies.

But that does not make them any less real. Unlike American Diamonds (made of plastic) or Cubic Zirconium (CZ) diamonds, these diamonds are just like the earth-mined diamonds. They are made of carbon, and each cultured diamond is grown individually with its own unique size, colour and clarity characteristics.
Lab-grown diamonds are finding many takers among consumers and merchants alike. How would it affect the industry if they were to catch on in a big way in this jewelry-crazy nation? Foreign companies are eyeing India as a lucrative market. Apollo Diamonds and Gemesis, both headquartered in the US, announced in 2004 that they will sell cultured diamonds. Gemesis is now entering India.
The Big Tumble
The direct heat of the entry of cultured diamonds will be faced by big companies like De Beers. Much of the natural diamond trade is controlled by the 39 sightholders (companies with exclusive rights to purchase) of the South African diamond giant. Already, over the years, De Beers’ hold has weakened. During the 1990s it controlled almost 95 percent of the supply of roughs. Today, that has slipped to 40 percent (some put it at 30 percent).
The entry of lab-grown diamond dealers could reduce that market share even further and faster. Consider the facts. In 2000, the Indian industry used to cut and polish eight out of 10 stones; this year, they still cut and polish 11 out of 12 stones, according to figures given by Gem & Jewellery Export Promotion Council (GJEPC). Given that De Beers’ market share is falling, it is obvious that Indians are taking on work from other companies. There is no reason why they wouldn’t want to do this for Gemesis and Apollo.
Worried about the entry of cultured diamonds, no new diamond mines have opened up. Mines have cut their output to 70 percent of earlier levels. India has yet to commercialise its diamond mines, which Rio Tinto and De Beers are believed to have identified. It is in this vacuum that Indian diamantaires hope to create a brand for their own diamond studded jewelry. Since this will require deep pockets, one can expect some of the largest diamantaires in India to take the first leap. Gemesis can produce several thousand carats of cultured diamonds a year. Company sources talk of sales of a little under $100 million in 2009. But they claim growth of over 30 percent year on year. Market sources reckon that costs have now come down to well under 60 percent of the cost of earth-mined diamonds.
In fact, the industry expects De Beers itself to start producing lab-grown diamonds and to market them through its subsidiary, Element Six. While no word on this move has been forthcoming from De Beers, many believe that the lower cost of production and the absence of environment damage could persuade it to promote lab-grown diamonds very aggressively soon. “There is a vacuum in the diamond market today, and that spells a very big opportunity,” says Shashikant D. Shah, a diamond marketing consultant.
Market Dynamics
Martin DeRoy, vice president of marketing, Gemesis, talks about the way these cultured stones are now being marketed. “Both have the same brilliance, sparkle, fire and scintillation. In other words, both are diamonds.” He believes that these diamonds will play a substantial role in the gems and jewelry business. “We think it will be like cultured pearls — which had to wait for almost 50 years before becoming acceptable. But in our case, we may have to wait for less than five years.”
This is why Indian diamantaires have become increasingly willing to work with cultured diamonds. “They have begun to realise,” explains Shah, “that they do not have to depend on De Beers for the supply of roughs, and then on US retailers for purchasing the cut and polished stones.” It is at this stage that a $12 billion diamond market becomes a $140 billion jewelry retail business — where the actual value of precious metals may be just half the retail price. Considering that diamond studded jewelry is the largest segment of this industry — worth around $70 billion at the retail level (2005 estimates) and growing at a CAGR of 5 percent since 2000 — that is a sizable market.
Even India’s commerce ministry appears to have woken up to this new reality. It has cut import duty on cultured diamonds from 25 percent in 2004 to just 5 percent today. But the trade has been demanding ‘zero duty’ for such stones — just like roughs from De Beers — and there is talk that this should soon become a reality.
“Whether one likes it or not, lab-grown diamonds are here to stay,” admits diamond businessman Sanjay Kothari, convener – business development, GJEPC. Moreover, as he says, “the stakes are high for India.”

Tweets by @forbes_india
My Dublin
Casino Royale: The Story Of Qualcomm