Mobikwik's journey and the path ahead

An RBI banking licence, if approved, can alter the future of Mobikwik. But founder Bipin Preet Singh is also looking for a Plan B 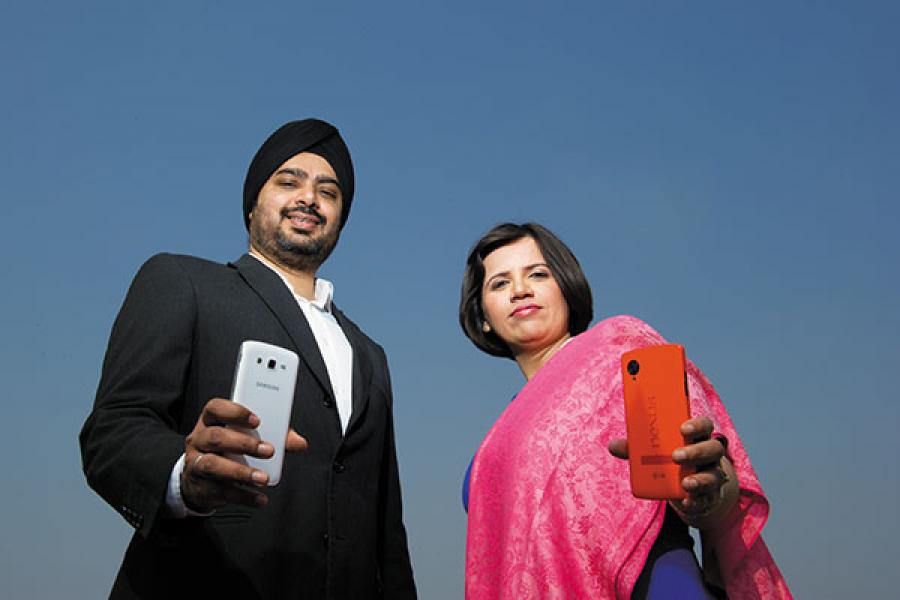 For the 10-member core team at Mobikwik, the last few months have been particularly hectic. They had worked day and night to meet the Reserve Bank of India’s (RBI) licence application deadline of February 2. Now, all founder Bipin Preet Singh and his team can do is wait and hope for an approval that could transform them from one of India’s leading mobile wallet technology companies to a payment bank.

With this licence, Mobikwik would be able to provide banking services to people, but would not be able to undertake lending activities or issue credit cards. It could, however, provide debit and ATM cards. The RBI’s draft norms say that such banks can open customer accounts with a maximum limit of Rs 1 lakh, and offer interest on deposits.

In its current avatar, Mobikwik has a semi-closed wallet model where customers can make online payments to goods and services providers it has partnered with. It earns revenue by charging merchants a transaction fee of 3 percent.

Mobile wallet companies like this Gurgaon-based startup—more than a dozen have sprung up in India in the last six years—are the answer to our growing dependence on smartphones. They allow users to transfer funds to a virtual wallet via cash payments, net banking, debit or credit cards. The money can then be used to pay mobile bills, direct-to-home TV recharges, electricity or gas bills, and shop online. One drawback is that a customer cannot withdraw cash from a mobile wallet. This will change with a payment banking licence.

Apart from Mobikwik, around 40 companies have applied to the RBI, including heavyweights such as Aditya Birla Nuvo Ltd, Reliance Industries Ltd, Airtel M-Commerce Services Ltd and Vodafone India.

“It will be at least six months before we hear anything from RBI,” says Upasana Taku, co-founder, Mobikwik. But she remains optimistic. “It has invited telecom companies and pre-paid payment instruments issuers to apply for the licence, and we think we have a strong chance in the second category.”

As a mobile wallet company, Mobikwik already has 15 million users and claims to be adding one million new customers every month. A licence will give it the leverage to reach out to more than half of India’s population, which is unbanked. “In India, where mobile penetration is higher than that of a bank’s, it shouldn’t be difficult to get people to use mobile wallets for high-frequency purchases. There are 1.2 billion people in the country of which only 100 million have bank accounts, but over 800 million have a mobile connection,” says Taku. (The Telecom Regulatory Authority of India records 930.2 million mobile phone subscribers till September 2014, of which 388.05 million are in rural areas.)

While most other companies applying for a licence have partnered with banks or financial institutions, Mobikwik has chosen not to do so, just yet. “Our focus was on submitting the application,” says 35-year-old Singh. He is in talks with potential partners such as banks, micro-finance companies and other related businesses that have a wide distribution network. “We will partner with multiple players because in terms of reach, except for the State Bank of India, no other bank has branches in every part of the country,” he says.

Mobikwik is yet to decide if it wants equity participation from its partner. Perhaps it’s just as well; it is too early to start planning. Benoy CS, director, ICT Practice, Frost & Sullivan says not many licences will be handed out. “RBI will not give away licences so easily, and my gut feeling is that it will not give approvals to a newbie. It will be very conservative, and competition is tough,” he says. (RBI governor Raghuram Rajan had announced that more than two licences would be issued, but he didn’t give an upper limit.) Mobikwik’s biggest competitor, mobile wallet company Paytm, has also applied for a licence.

Singh is hoping that his company’s “technology edge” will see them through. “We have a platform that is easy to use and we have shown that people trust us with their money,” he says. Mobikwik claims to follow a no-frills system similar to that of the low-cost banking model proposed by the RBI. “That is why we have applied for a licence. We can upgrade many of our wallet users to savings account customers,” he says.

The company’s growth, however, has been slower than that of Paytm’s, which started operations in 2009, the same year Singh launched Mobikwik. Paytm now sees a million transactions every day, has 25 million users and an annual turnover of Rs 6,200 crore. About 65 percent of its revenues come from recharge payments. In comparison, Mobikwik, with 15 million users, has a turnover of Rs 1,500 crore. It does about 300,000 transactions a day and hopes to end this year with a million transactions a day.
Taku and Singh argue that they could have acquired more users by offering huge discounts on purchases, but chose not to do so. “Our strategy is to be the strongest wallet player with active users. We don’t want to acquire customers who will do only one transaction with us,” says Taku, who is also head, business development and merchant operations.

On an average, a Mobikwik user undertakes about seven transactions in a month. “We want to be seen as a preferred payment option. We are the default option on Domino’s Pizza website, and are among the top payment options on sites such as ebay, ShopClues, Purplle,” adds Singh, who plans to increase the scale of operation. “This year, Mobikwik will spend close to Rs 100 crore on marketing and advertising. In the coming months you will see a lot of marketing campaigns from us.”

Scalability will depend on the rate at which it acquires customers. Benoy feels even without a licence, mobile wallet companies may end up partnering with banks. “It will be a good fit because banks have the experience of operating in a regulatory environment and mobile wallet companies have a technology edge. Partnering with a bank is a good way of reaching out to more customers,” says Benoy.

Six years ago, Singh, a former electrical engineer by profession, was not even contemplating starting a bank. “I got bitten by the entrepreneurial bug.” He quit his job at Freescale Semiconductor India Pvt Ltd on an impulse, bootstrapped Mobikwik with Rs 5 lakh of his savings, and launched it in August 2009. In its earliest avatar, the company started with a website that offered a closed-wallet facility that had very limited services.

Taku, who had worked with PayPal in the US, joined Mobikwik in 2009. The big breakthrough came in 2012 when they built an Android application for smartphones. “Our business started growing when we invested in the Android app. Without us giving them an incentive, our customers started keeping money in their wallets for future payments. When we saw the response to our mobile application, we realised this was the right place to invest in,” says Singh. Today, over 80 percent of its users are on its mobile application.

In July 2013, Mobikwik received a semi-wallet licence from the RBI, after which it targeted mobile shoppers by partnering with 20,000 merchants including Jabong, Myntra and Homeshop18. But, unlike Paytm, Mobikwik doesn’t sell products or services. “We made a choice that we will remain a payment company. We want to be another payment option for the user, just like a bank,” says Singh.

Paytm has a mobile commerce business which is a marketplace for merchants to sell their products. Amit Lakhotia, vice president of Paytm, says the company treats its mobile wallet and marketplace as independent business lines. “It is easier to become a brand when you target consumers in multiple ways,” he says. “We can’t become a big brand if we stick to the mobile wallet business alone.”

Irrespective of whether it gets a payment banking licence or not, Mobikwik has launched a host of services that will see it firmly entrenched in the mobile-wallet landscape. The company hopes to increase its transaction volume and user base by targeting unbanked and offline users. It recently started door-to-door pick up of cash, and has kept the minimum amount low, at Rs 100, to encourage people to use their wallet. “We have seen buyer trust in us increase after we started this service. Currently, 1 to 2 percent of our users use this to deposit money into their mobile wallets,” says Singh.

The offline business is another lucrative area. “We are the first wallet you can use for making in-store payments. We are already live at Cafe Coffee Day and we will partner with other popular retailers as well,” says Singh. Considering that internet speed is slow on mobile phones, Mobikwik plans to have a money transfer option on SMS as well. The idea is to generate Rs 100 crore every month from the offline business.

But before scaling up, the company is busy expanding its team: Last year, it had just about 35 employees; its workforce strength now stands at 100. It plans to hire another 150.

The digital payment landscape is constantly evolving and will be altered once the RBI gives approvals for new banks. For Singh, the key is to ensure that Mobikwik remains relevant even if it doesn’t get a payment bank licence.

Tweets by @forbesindia
'Rent is the last consideration': Atul Ruia
How Edelweiss built a business for the long run